Marian Martin searched through the remains of her home on the Gulfside United Methodist Assembly grounds and found her china set in the rubble.

"The dishes didn’t break, but the building did," Martin told Mississippi Bishop Hope Morgan Ward, as they looked at the bricks and debris that have replaced Martin’s home.

The United Methodist Church’s historic Gulfside Assembly retreat center was washed away when Hurricane Katrina made landfall on the Gulf Coast Aug. 29. Martin, director of the assembly, was forced to evacuate. Upon returning, she found a nearly empty plot of land.

Her possessions were scattered around town by the hurricane. Every building at the assembly was gone; even the new lodging and meeting facility named after Bishop Alfred Norris was destroyed. Ward had dedicated Norris Hall just two weeks before the catastrophic storm. 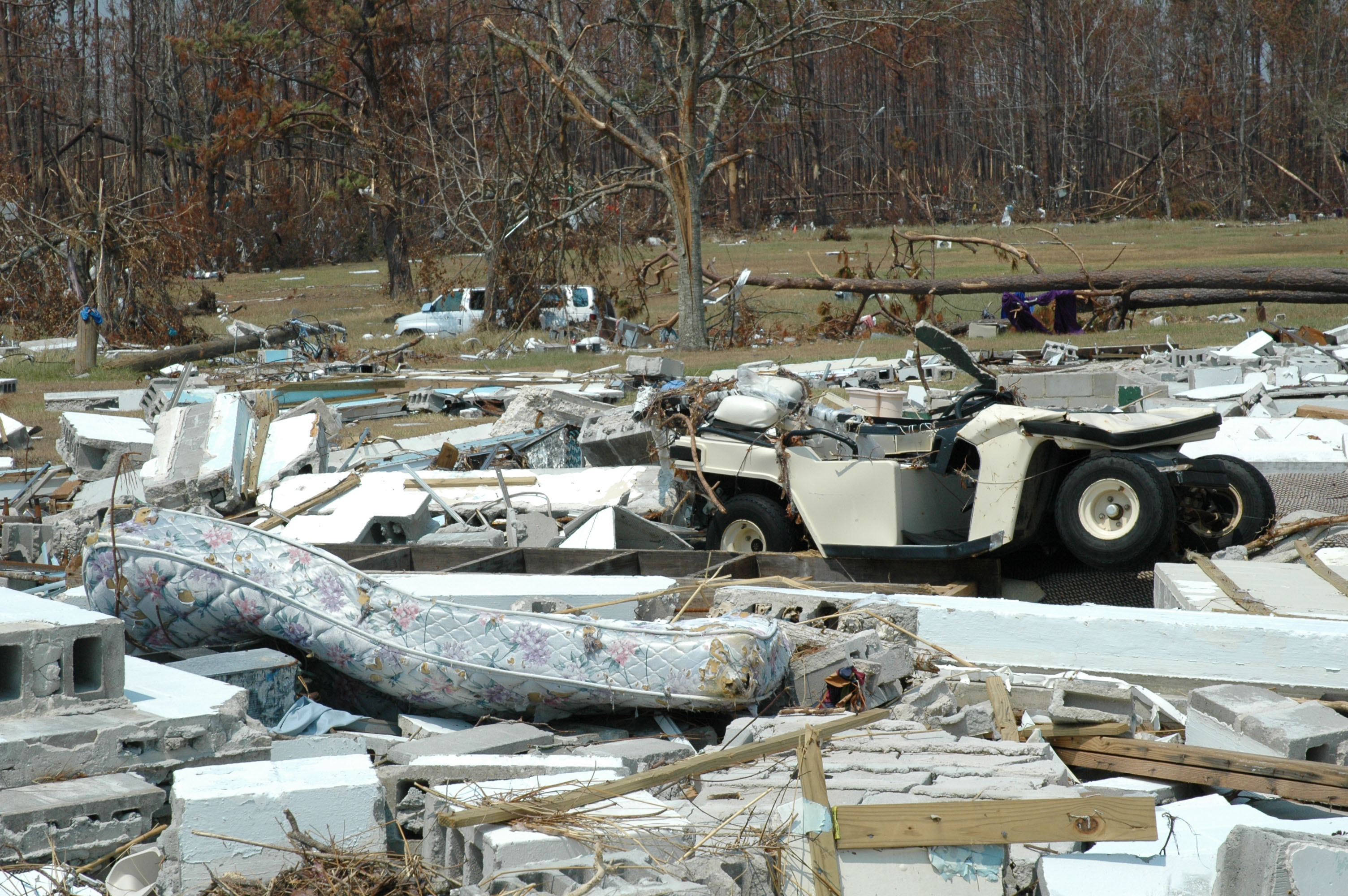 Mattresses mark the remains of dorm rooms at Gulfside Assembly. A UMNS photo by the Rev. Larry Hollon.

While the cottages that made up Gulfside’s Ernest T. Dixon Leisure Village for Older Adults no longer exist, the sign was unharmed.

"I can’t believe Katrina cleaned the sign. It was a little dirty before," said Edward Moultrie who helped build the sign in the early 1990s.

Moultrie, retired employee of the United Methodist Board of Global Ministries, and his wife, Paula Milo-Moultrie, had moved to Waveland in the summer. Their home was damaged but not destroyed. Both mourned the loss of Gulfside, where they frequently visited and lived for a summer.

Milo-Moultrie said she hoped the denomination will raise enough money to rebuild Gulfside Assembly. It is needed for families in the future, she said.

"We’re going to rebuild. We have to rebuild Gulfside for the next generation," she said. 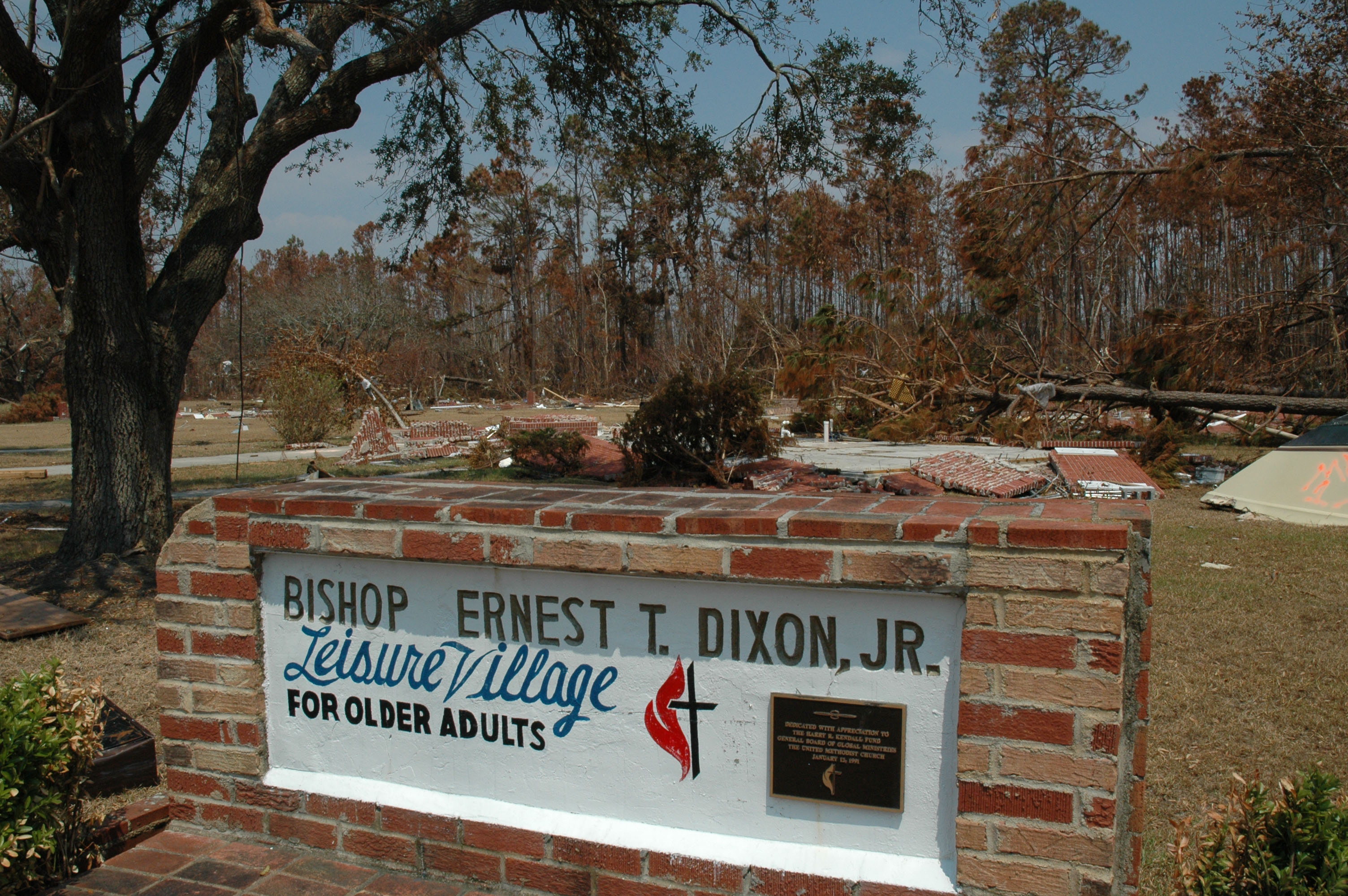 While the cottages that made up Gulfside’s Ernest T. Dixon Leisure Village for Older Adults no longer exist, the sign remains unharmed. A UMNS photo by the Rev. Larry Hollon.

Her father used to visit the assembly grounds as a child and would always share memories of his time there. When Milo-Moultrie made it to Gulfside as a young adult, she "fell in love with it immediately." She particularly enjoyed watching the sunset over the ocean from the grounds.

"Everything looks so different now," she said.

Moultrie walked through the wooded area behind the assembly grounds and found furniture from Norris Hall that had been picked up and moved by Katrina. Otherwise, few items were found.

Bishop Robert E. Jones founded Gulfside in 1923 as a residential school for African-American boys living in rural areas of the country. The center became a popular vacation and meeting spot during racial segregation in the South. When the United Methodist Church integrated in the late 1960s, the retreat center declined in usage but still hosted meetings and conferences.

Ward led the group visiting the grounds in a verse of, "Balm in Gilead" and said a prayer for restoration before leaving to visit other churches in the area damaged by the storm. The group then saw Valena C. Jones Memorial United Methodist Church in nearby Bay St. Louis, which received water damage and downed trees. A team from a Presbyterian congregation in Celebration, Fla., was helping the church clean up the community. 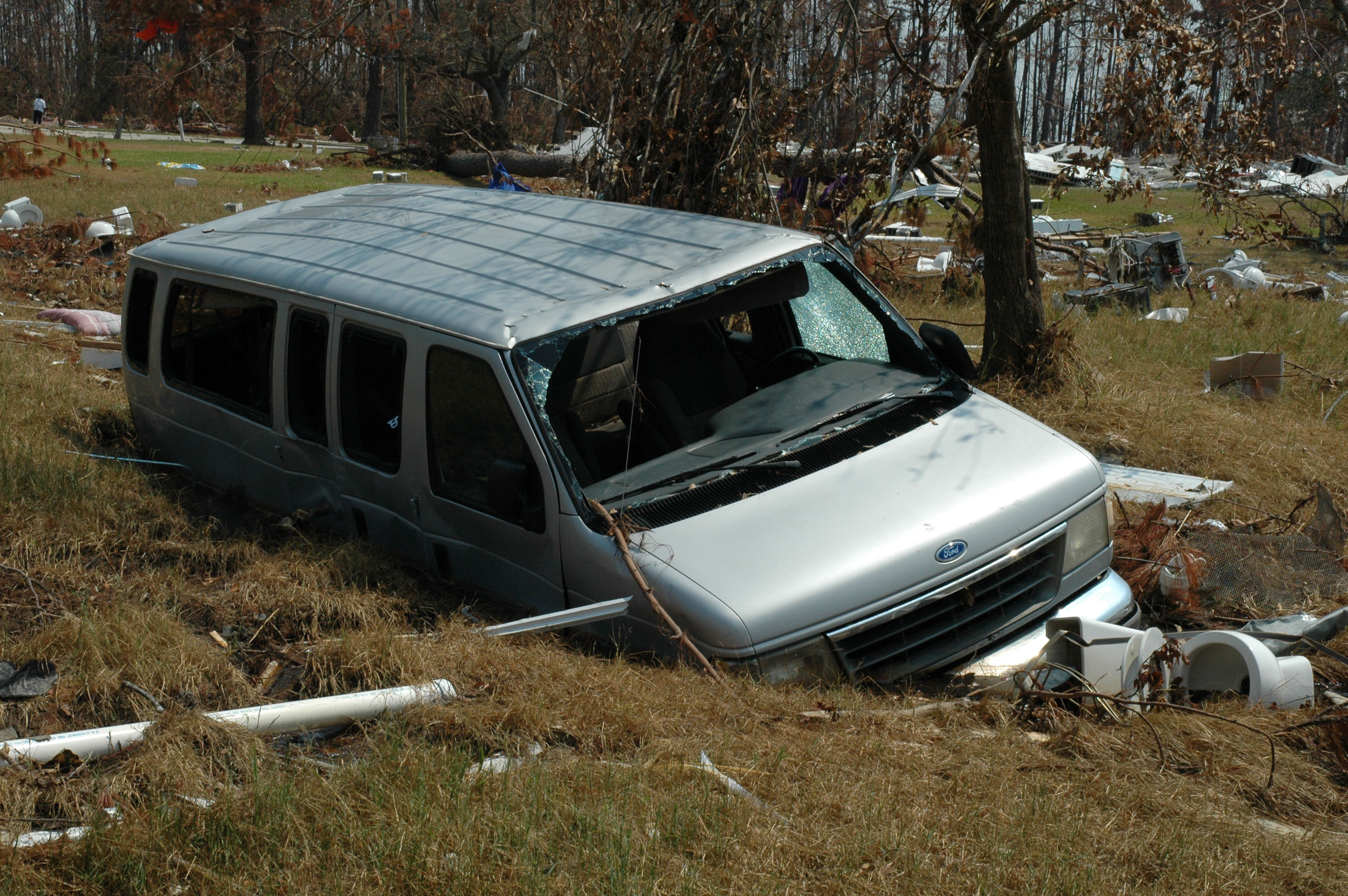 A van from Gulfside Assembly lies in a ravine following Hurricane Katrina. A UMNS photo by the Rev. Larry Hollon.

Mollie M. Stewart, president of the Gulfside Board of Trustees, said in a news release that the board would meet in October. Once an assessment is made, she said, she will be able to determine the next step for the assembly grounds.

Under Martin’s leadership, Gulfside Assembly was experiencing growth and rebuilding. Now, the concept of rebuilding has taken on a new meaning.

Martin recalled a crocheted copy of the Lord’s Prayer that was framed in the lobby of the assembly’s dining room. Searching for the prayer after the storm, she could not remove enough rubble to find it.

*Rouse is a freelance writer in Nashville, Tenn.