With more than 1,000 feared dead and thousands more left homeless from the landslide and flooding, The United Methodist Church has stepped up efforts to provide relief for people affected or displaced by the disaster.

The Sierra Leone Conference Disaster Response team has provided relief and emergency health care to 592 children and 752 adults at the Kamayama and Pentagon, sites where survivors of the Aug. 14 disaster can register and come for help. In addition, the team is providing counseling to traumatized survivors.

On Aug. 30, the conference provided food for 600 disaster-displaced people at Kamayama and Pentagon. 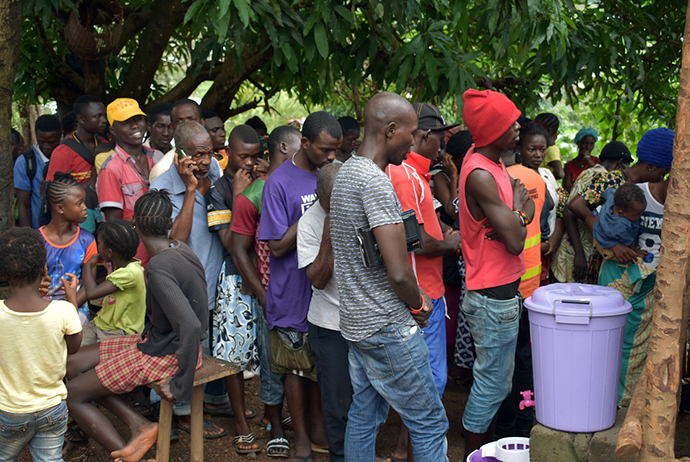 “Please take the food we are offering you today with love. When you come to the health booth for treatment or injections, you’re supposed to have food before you’re treated. So, we are encouraging you to eat the food. We will continue to pray for you and render the services to you until conditions return to normal,” said Catherine Norman, the health coordinator.

Norman gave a health talk before food was distributed, encouraged people to obey sanitary tips that the health team is providing each day at the center through a public address system.

“Diarrhea, cholera and other waterborne diseases are likely to break out in most of the displaced centers,” she said. She said the risk of a disease outbreak increases when people are staying together and using the same toilet and water facilities. 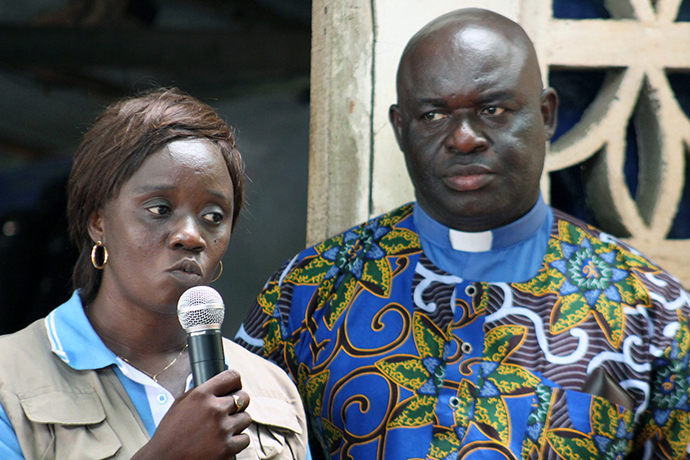 “That is why we are creating the daily awareness of hand-washing, which helped to save lives during the Ebola outbreak,” she said. More than 28,000 contracted Ebola in the 2014-2015 outbreak. The hemorrhagic fever killed more than 11,000, mostly in Sierra Leone, Liberia and Guinea.

Hundreds of bodies remain unaccounted for as a result of the flooding and landslide. Many bodies are believed to be still buried underneath the landslide and some bodies have washed up on the shores of Guinea. Officials believe the 19 bodies are those of people who died in the Freetown disaster, according to Reuters.

Norman also warned that congestion of people in the camp can be a source of infection, urging all to heed the health warnings to prevent an outbreak of disease.

She told mothers that if their children have a fever, they should rush to the United Methodist Church health booth for free services before their conditions got worse. 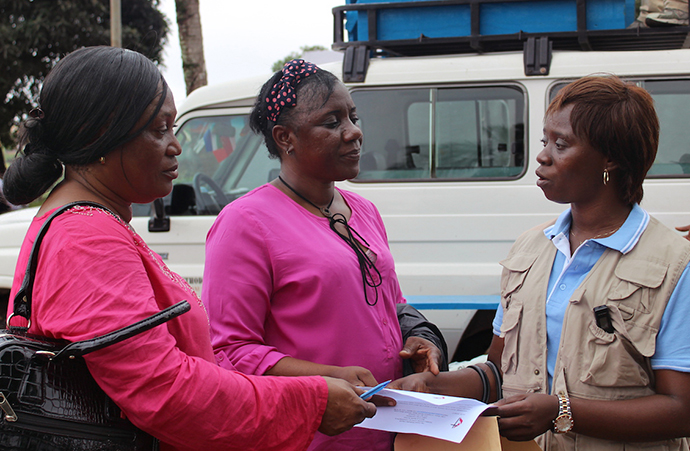 “We do not want any outbreak now to worsen the trouble we have already experienced. So please, take care of your children and yourselves. Don’t allow them to eat from the street. Wash their hands when they come from the toilets,” she said.

The people clapped when she said United Methodists will open a health center in the community when the disaster response ends, since the community is far away from the nearest government health facility in Lumley.

The Rev. James Boye-Caulker, who was counseling survivors at Kamayama, said he has heard horrific stories, including that of a woman who lost nine family members.

"It’s really traumatic. We’ve been consoling her, giving her messages of hope — that they need to trust God, that God will revitalize their lives again. I have been hearing similar stories from many people and have been praying for them,” he said.

He has spoken to people who have lost everything and he said most of them are in shock because the disaster caught them unawares.

Community people are also benefitting from the food and health services offered by United Methodists and other relief agencies.

Earlier, Norman and a small team of United Methodist health workers donated 14 chairs, 10 benches and seven plastic tables to a new relocation center the Sierra Leone government was building at Hill Station in Western Freetown to accommodate survivors and families affected by the landslide.

Maseray Kanneh, who works with the Office of National Security, said the new relocation center was in dire need of seats to accommodate people before the United Methodist team arrived. 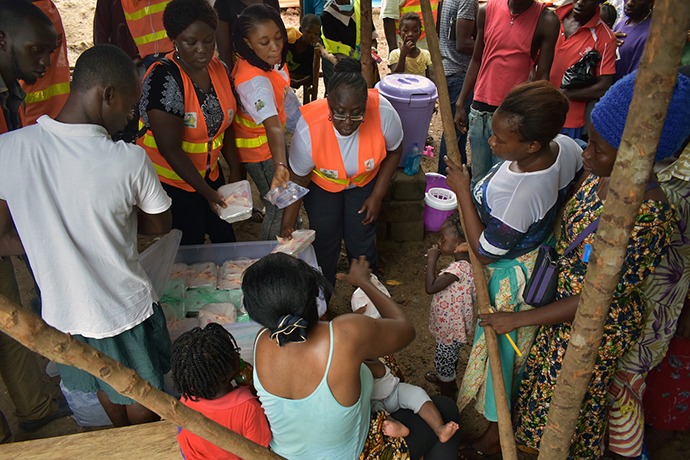 Ethel Sandy (center) leads a group of United Methodist volunteers who handed out food to people affected by the mudslide and floods. Sandy is the Sierra Leone Conference's women's coordinator. Photo by Phileas Jusu, UMNS.

“Some of our patients this morning did not have a place to sit and have been standing throughout to receive services,” Kanneh said.

Mabinty Mansaray, an Infection, Prevention and Control worker at the center, said the center has an isolation room for people who might catch infectious diseases.

Both said there is a need for hand sanitizers and other equipment to help people stay clean and germ-free.

The United Methodist Disaster Response team, with support from the health department and United Methodist Kissy Hospital, is providing helping with infection prevention as part of the emergency health services being provided at Kamayama and Pentagon.

Norman said helping to equip health facilities in other displaced centers is a concern.

Jusu is director of communications for The United Methodist Church in Sierra Leone. Swen is a communicator in the Liberia Conference.

Mission volunteer coordinator for the Methodist Church of Haiti says the country is in chaos but people continue to worship God despite the dangers.
Theology and Education