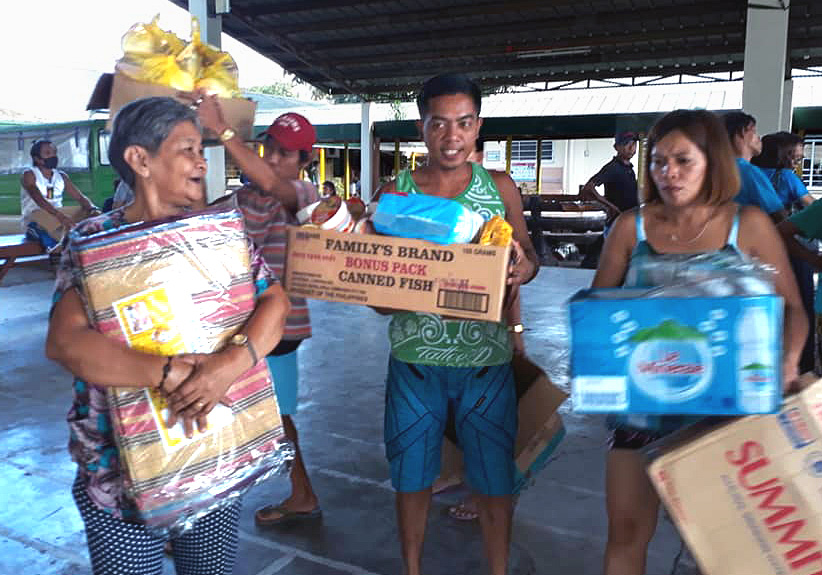 Evacuees in Mataas Na Kahoy in the province of Batangas, Philippines, receive relief goods from the Philippines Central Conference’s Asuncion Perez Memorial Center. United Methodists are among the many people responding to the thousands displaced by the Taal volcano eruption Jan. 12 on Luzon Island. Photo courtesy of Liza A. Cortez.

United Methodists are among those assisting some of the hundreds of thousands of people displaced by the Taal volcano eruption on Luzon Island in the Philippines.

Kusina ng Taal, an outreach ministry of Tagaytay United Methodist Church in Tagaytay City, began providing hot meals for evacuees on Jan. 21. Kusina ng Taal, which means “kitchen of Taal,” was created to respond to the immediate needs of evacuees in the Asisan barangay, which is 13.4 miles away from the volcano.

The Rev. John Manalo, administrative pastor of Tagaytay United Methodist Church, posted on his Facebook page that his church currently is ministering to 500 to 1,000 evacuees.

The volcano, located about 40 miles south of Manila, began erupting Jan. 12, spewing hot ash and gas. According to the Republic of the Philippines’ National Disaster Risk Reduction and Management Council, more than 71,000 families — an estimated 282,000 people — have been affected in the provinces of Batangas, Quezon, Laguna and Cavite. The group’s Jan. 22 report said nearly 149,000 people have taken shelter at 493 evacuation centers.

After the initial eruption, The Philippine Institute of Volcanology and Seismology warned that a much more dangerous eruption could occur. On Jan. 20, a top scientist echoed those concerns, saying the restive volcano is “recharging” and has a high risk of eruption.

Currently, there is a lockdown mandate in the danger zone around the volcano, with authorities ordering commercial establishments to remain closed.

Manalo said his church established the outreach project to provide care to people displaced by Taal’s wrath. According to barangay officials, cooked food and medicine are the primary needs. 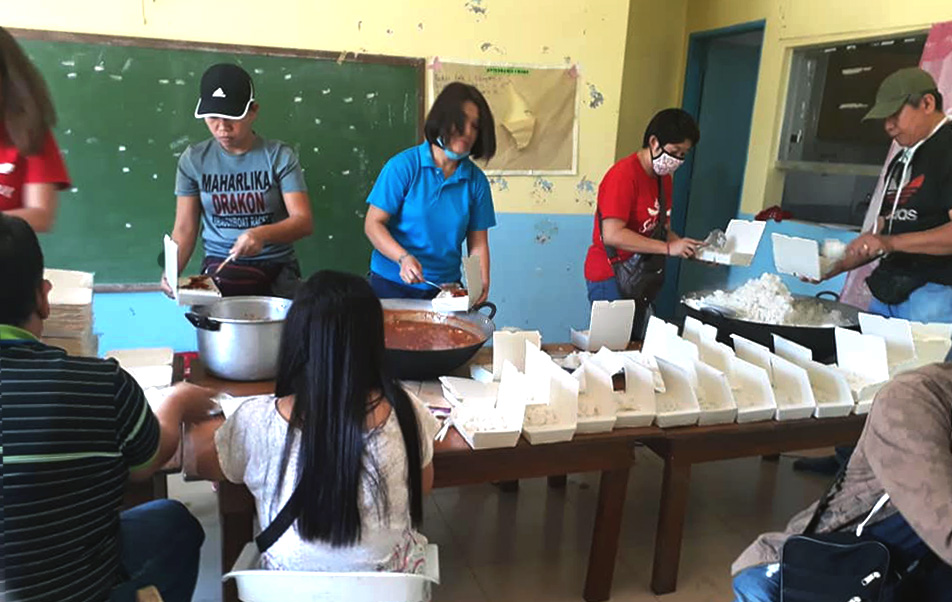 “Currently, we’re distributing cooked food to Tagaytay City Integrated School located at barangay Guinhawa. This (evacuation) center is just a kilometer away from where our church building is located.”

He said one-on-one and family counseling and prayers also are part of the church’s ministry and noted that the church can be a used as a command center for communication or coordination for United Methodist churches that wish to donate relief supplies.

Manalo said families are thankful for the food, noting that one recipient said, “Truly we believe that God is present in this place caring for us.”

Amid the fears of another eruption, United Methodists continue to look for ways to help.

Manila Area Bishop Ciriaco Q. Francisco said local churches and individuals have been generous with support for victims. He said more evacuation centers are needed and rebuilding efforts will be imperative.

“With the abundance of support locally, they (will) need support during rehabilitation, (with) housing (and) livelihood to start all over again,” he said.

Liza A. Cortez, executive director of the Philippines Central Conference’s Asuncion Perez Memorial Center, led the pooling of resources for immediate relief distribution. In addition to working with local churches and organizations, the center collaborated with the Government Service Insurance System and the Malate Catholic School Alumni Association.

“We just did the first wave of relief distribution Jan. 16 in MataasNaKahoy Central Elementary School,” she said, adding that a second wave is expected to begin Jan. 26.

“We are grateful for the collective efforts,” she said. “I had with me a 24-member team of clergies, laity members and deaconesses who volunteered to prepare and distribute the goods.” 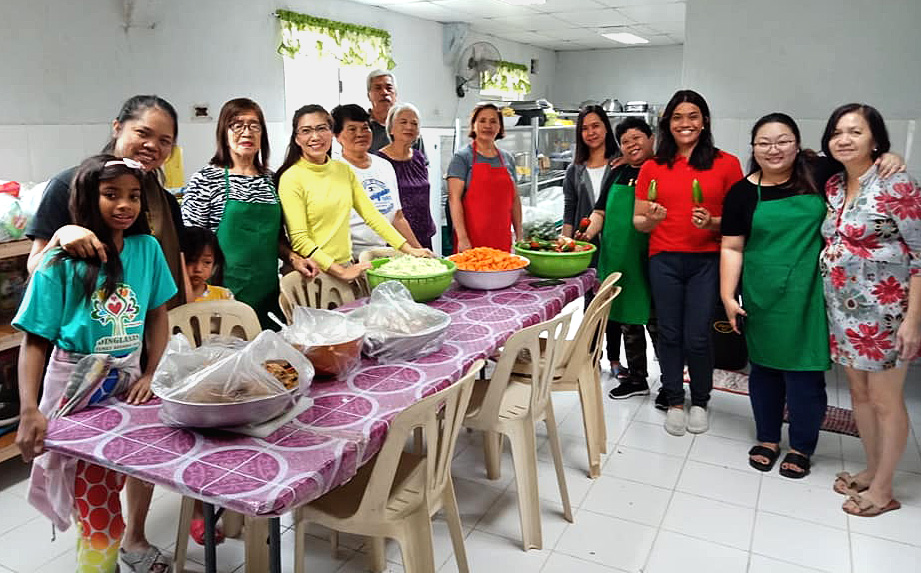 The Rev. Dave Sablan, former administrative pastor of St. John United Methodist Church in Cubao, Quezon City, was with his wife in Bacoor Cavite on Jan. 12 to visit family when the volcano, a popular tourist attraction, erupted.

“We’re also victims of ash falls but not that hard. The following day, Jan. 13, with our 93-year-old father, (we) thought of going up to Tagaytay to see the volcano. Then, as we traveled along, we saw the devastation and destruction of every barangay.

That devastation prompted the family to help. “We all agreed to share hundreds of pesos each to buy bottled water for our chosen barangay, Asisan, where the Tagaytay (United Methodist) mission camp is located,” Sablan said.

“Let us turn our faith into action, something concrete, so that people who are in need can see the love of God more real,” he said.

Manalo said his church’s Kusina project will continue to provide cooked food as long as donations are coming in.

“We don’t know how long this project would last. As long as there are volunteers and donors, Tagaytay UMC is committed to cook and distribute.”

Cortez said those in need deserve the church’s support.

“Let’s not give them donations, but gifts — not because it felt good in our soul but because we believe deep in our hearts that it is their right.”

The United Methodist Committee on Relief is sending $10,000 in aid to Ethiopia after deadly clashes between separatists and government forces.
Global Health

United Methodists worldwide seek to bring abundant life to people at every stage through the hands-on ministries we support and the advocacy we do. Seven-part series explores ways the church helps others experience the abundance of life Jesus promises.