A special Burundi Annual Conference session Feb. 5-7 in Gitega sealed the deal on coveted and elusive unity for United Methodists in this East African nation.

For 12 years, the church in Burundi had two centers of power: one led by the Rev. Lazare Bankurunaze and the other by the Rev. Justin Nzoyisaba. The two factions had contended for control of church affairs since the death of Bishop Alfred J. Ndoricimpa in 2005.

The following resolutions passed at the special session Feb 5-7, 2018:

In May 2017, the Rev. Jean Ntahoturi, a graduate of Africa University, was elected the new legal representative of The United Methodist Church in Burundi, and social relationships in the church began to thaw.

“The election of a new legal representative … changed the political dynamics in the Burundi Annual Conference. (The) Rev. Ntahoturi had a desire to reconcile the sparring factions in the Burundi Conference, (and he) has a keenness for adhering to the Book of Discipline,” said Bankurunaze.

A reconciliation team comprising one lay and one clergy member from each faction met in Harare, Zimbabwe, in August 2017 for mediation led by West Ohio Bishop Gregory V. Palmer.

The result was a memorandum of understanding signed by both parties to operate as “one strong and vital United Methodist Church in Burundi.” 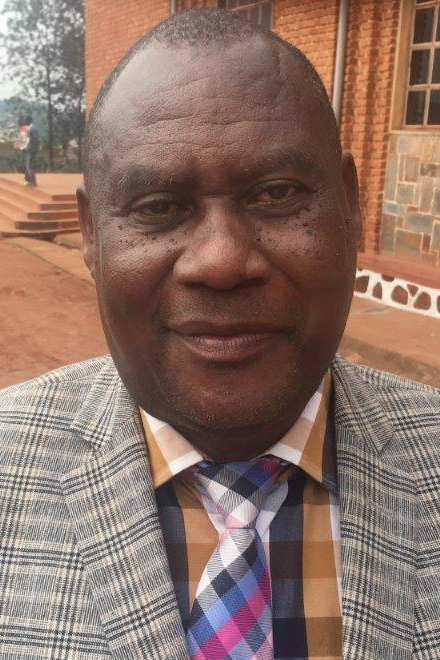 “We went to Zimbabwe with 98 percent of our issues resolved because we understood the value of unity after 12 years of internal fighting,” said Georges Nshimirimana, a lay leader who worked with Bankurunaze. “I cannot claim that we did a great job because God was the driver of this reconciliation.”

The 12 years of domestic fighting brought the church to an impasse, Nshimirimana said, and relationships between families and government institutions were affected.

“We lost many things during 12 years of internal fighting in the Burundi UMC. We lost our social relationships, and when social relationships are broken it means spiritual relationship with God is tremendously affected,” he said. “We lost development momentum because no one wanted to work with a fractured church. We lost ties with our ministry partner overseas. There was no central leader to direct the affairs of the church, and as a result, we also lost the confidence of our Burundi government because of internal wrangles.”

At the annual conference session in February, about 1,500 people filled St. Peter’s United Methodist Church, and others craned their necks through the windows to witness the event. They applauded when Ntahoturi took to the podium.

“We Burundians had destroyed our own home for 12 years. We are now going to stand up as Burundians and show the world and the general church of the UMC that by the grace of God we can restore the church for the glory of God,” Ntahoturi said, to the shouts of “God is good all the time.”

“God has accomplished His mission in Burundi. We have been praying for unity for 12 years and it was elusive, but God answers prayers at His time. We persevered.”

“It appears all over the world people are building walls. I am delighted the walls that divided the church in Burundi have been pulled down. As an example to the whole world, Burundi UMC shined beyond Burundi,” he said.

Yambasu said there was no place for tribalism in the church. “We are better together to share the gospel of peace and reconciliation. The unity of the two sparring factions is a powerful witness of the power of God to make possible what to us human beings was impossible. It was a testimony of African people solving African problems in their own African way,” Yambasu said.

Palmer said he was delighted that the reconciliation and reunification of the Burundi United Methodist Church has gone forward.

“All the parties are claiming and keeping their commitments to keep the new day of unity,” he said. “(It’s) a huge opportunity, somewhat already realized, for the healing of the church to be a sign to the society or the culture. … This will increase their evangelistic opportunity, which, in turn, increases their opportunity in society to be instruments of social change.

Thomas Kemper, top executive of United Methodist Board of Global Ministries, said the agency is committed to working with the church in Burundi to help its mission and ministry.

“We are excited about the unity and reunification of the church in Burundi. We did not know how this unity process will play out. Now we see the joy of the people. We would want to work with them in training their pastors and laity. I have already started the conversation” with Ntahoturi, Kemper said.

Global Ministries and the denomination’s finance agency helped to cover the costs of the special annual session.

Quoting Ephesians 2:14-15 (NIV), Kemper said, “For he himself is our peace, who has made the two groups one and has destroyed the barrier, the dividing wall of hostility, by setting aside in his flesh the law with its commands and regulations. His purpose was to create in himself one new humanity out of the two, thus making peace.”

Kemper said this Scripture speaks to the unity of the church and noted the session took place a day after national Unity Day in Burundi.

“The dividing wall of hostility was broken. We should also recognize the leadership of Bishop Daniel Wandabula in East Africa for this to happen. We admire the leadership for their commitment and dedication to the process,” Kemper said, adding that the church has great opportunities for mission and ministry in Burundi.

Dr. Pacis Alarine Irambona, 28, a medical doctor and youth coordinator who doubled as a conference translator, spoke enthusiastically about the future of the church and its youth.

“It was difficult to watch our parents and church leaders fight in the church of God,” she said. “As young people, we lost many opportunities for spiritual growth and development. I have traveled a little bit to other countries, and I would want to implement youth programs that will help our youth grow spiritually. I look forward to great things to come out of this newfound unity for our Burundi UMC.”

“I am excited we are one church and I am pleased that my appointment will enable me to work with many people in and outside the church and redeem the image of the church. I am hopeful for a bright future,” Manirakiza said.

Wandabula also spoke at the annual conference and said he was grateful to God for the new leadership.

The renaming of the Kayero United Methodist Hospital Feb. 5 to honor the late Bishop Alfred J. Ndoricimpa was clear evidence of the unity in Burundi.