The cases of Ebola infection seem to be decreasing in Liberia and while that is something to celebrate, many are still facing starvation — including Ebola orphans.

Two United Methodist pastors have started feeding programs to address the needs in two communities not receiving any government assistance. 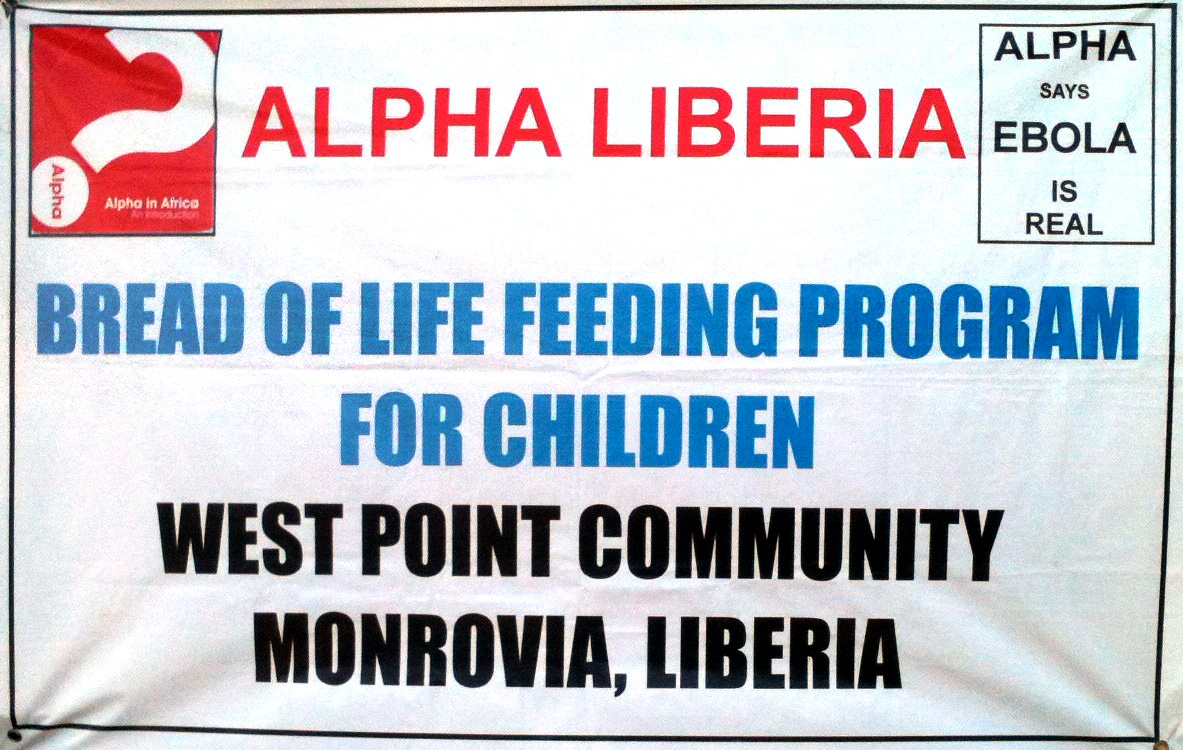 The Rev. Agrippa Nyanti, pastor of Grace United Methodist Church, coordinates the Alpha Liberia program for hundreds of children in the slum community of West Point in Monrovia.

The program started as an initiative to feed children made orphans by the Ebola crisis, as well as quarantined families. It now provides food for more than 400 children whose parents cannot afford to feed them more than one decent meal a week, Nyanti said.

“Beside the children, the feeding initiative is catering to pregnant women and breast-feeding mothers in the entire West Point community,” Nyanti said.

The program is expected to phase out at the end of November, according to Jefferson Knight, coordinator of Alpha Liberia and director of the Liberia United Methodist Church’s human rights department.

Knight is also collaborating with the Rev. Cecilia Marpleh, superintendent for Voinjama District, in caring for more than 50 children in Gorlu Town, Lofa County, in northern Liberia. Thirteen of the orphans lost their parents to Ebola, Marpleh said.

“On several occasions I noticed these children walking around the community in tattered clothes with no attention given to them, so I decided to care for them,” Marpleh said. She also indicated that some of the children were abandoned by their parents due to the prevailing hardships in the country.

“At the moment, we are feeding them three times a day with funding assistance from the UMC Liberia Human Rights department while, the Gorlu Health Team is assisting us in caring for the children medically,” she said, stressing that much is needed to care for the children adequately.

Read full coverage of The United Methodist Church’s response to the Ebola outbreak at www.umc.org/ebola.

Donate online to United Methodist Communication’s efforts to help the denomination distribute information about the disease.

The United Nations World Food Programme is reporting emerging evidence of a shortage of food because local farmers could not work because of Ebola. Though the food program is providing food assistance in other communities in Liberia, the need to support initiatives such as the Alpha Liberia Feeding program in West Point and the Voinjama District Caring Home remain high in Liberia, Marpleh said.

Liberian President Ellen Johnson Sirleaf, a United Methodist, has set a national goal for eliminating Ebola in Liberia by Christmas day. However, she did caution people not to relax precautionary measures to stop the spread of the deadly disease.

Declining numbers of Ebola cases have been reported across the county with the exception of a few spots in River Cess, Montserrado and Grand Cape, according to the Ministry of Health and Social Welfare. Person-to-person transmission had dropped from 45 percent to 18 percent, and the number of reported cases has fallen from 75 to 25 daily.

Another encouraging sign that life is returning to normal in Liberia is more people are getting married and having weddings, according to news reports.

The groom said he could no longer wait for Ebola to go away, but with faith, he took the bold step.

“I chose to get married because I felt it is time,” he said. “Even though the epidemic exists, I felt I was above it because I am a child of God and I am a concern to God.”