The leadership of the Commission on United Methodist Men recognizes that ending violence against women begins with men.

The United Methodist general agency is partnering with AMEND Together, an initiative of the YWCA of Nashville and Middle Tennessee dedicated to ending violence against women and girls. The partnership features an eight-week group series aimed at United Methodist men.

Two years ago, Hanke was invited to a local school to learn more about the AMEND program, which includes clubs that teach boys in middle and high school to value and respect women and girls and to challenge a culture that supports violence against women.

One in four women in the United States will experience domestic violence in her lifetime and more than 15 million children witness that abuse in their households every year. Those numbers resonated with Hanke. Hearing how the program would work in schools, he quickly realized that it also would be a powerful opportunity to engage men across the denomination on the issue.

“I said, ‘This is it. This is how we get involved (on this issue). … I think this is where God is leading us.” 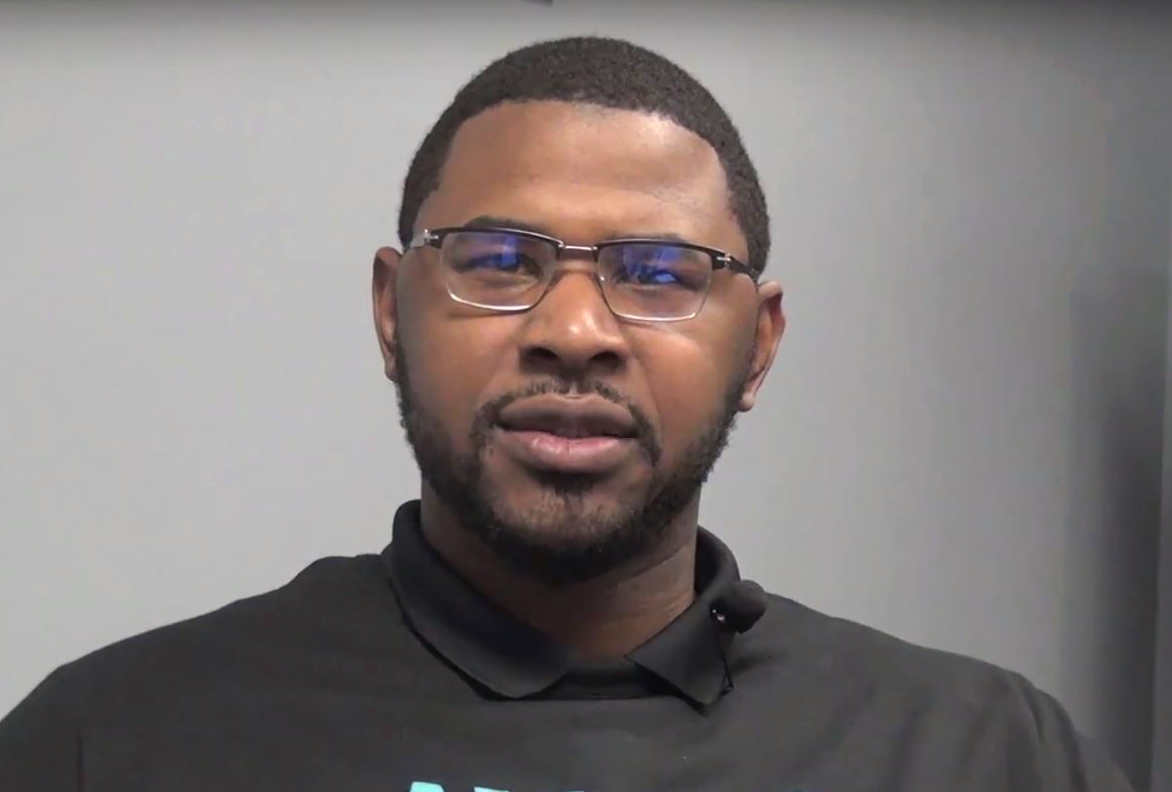 Shan Foster, former NBA player and senior director of AMEND Together for the YWCA Nashville, discusses how creating safe spaces for men of all ages to learn about healthy manhood and discuss their emotions can lead to the end of domestic violence.

The partnership mushroomed from there, Hanke said. AMEND Together wrote the group curriculum, which focuses on helping men learn to recognize, respond to and prevent violence against women.

The first time Hanke brought up the initiative was in a room with about 100 leaders in men’s ministry. He said he wasn’t sure what the response would be. After showing a clip with details about the program and domestic violence statistics, he asked the group for their thoughts.

“For about 15 seconds, there was that uncomfortable silence, and I was going, ‘This might not end real well.’ Then, one by one, guys stood up and said, ‘My sister,’ ‘My mom,’ ‘My grandmother,’ ‘My daughter,’ ‘My granddaughter.’

“We have to stop this,” Hanke added. “And it’s us; it’s a men's issue. In the past, we’ve been comfortable to say, ‘Well, that’s a women’s issue.’ It’s an issue for all of us, but men have to stand up and say, ‘This is not acceptable. This is wrong.’”

The program was unveiled at United Methodist Men’s 12th National Gathering in Indianapolis in July, and Hanke said the response has been overwhelmingly positive.

The series focuses on healthy manhood, healthy relationships and what the Bible says about those things, said Shan Foster, senior director of AMEND Together for the YWCA Nashville. The program allows men to engage in healthy discussions around those issues and develop skills to recognize and challenge the behaviors that lead to violence.

“The partnership with the United Methodist Men is so critical to our effort to reach a more national audience as we try to not only just impact Nashville but to impact the world,” said Foster.

“How are we starting conversations with our adult men about how to be better role models? How to make sure that our sons are seeing great fathers, that our sons are seeing great husbands. That they understand that’s more important than any ball you’ll ever bounce, any touchdown you’ll ever throw, or any amount of money you’ll ever make. At the end of the day, you’re going to be judged by the content of your character,” he said.

“Once men get this kind of a message, they’re immediately inspired to change their surroundings.”

Since AMEND Together’s work includes engaging young boys, Hanke hopes there will be a Scouting tie-in down the road, adding that the program is a natural fit. United Methodist Men oversees Scouting ministries and civic youth-serving agencies across the denomination.

The curriculum, which was funded through a World Service Fund contingency grant of $20,000, is expected to be available later this month through the United Methodist Men website.

Both Hanke and Foster hope programs like this one can end the cycle of violence.

“We really want the ‘good men’ to stand up and not accept words that are used, expressions that are used, demeaning things that are said. There are ways that men can be involved in a positive way. It’s important for all denominations, for all faith groups, to do this,” Hanke said. “We’re committed to make all of our churches, wherever they are, the safest place for women and girls.”

Julie Dwyer is a writer and editor for United Methodist Communications. Contact her at (615) 742-5470 or [email protected].

Two of three United Methodist missionaries have left the Philippines and a third is hopeful she’ll be allowed to leave soon.