My maternal grandfather, Juan, died in 1947. My father, as was customary, joined other men of the family in digging the grave. 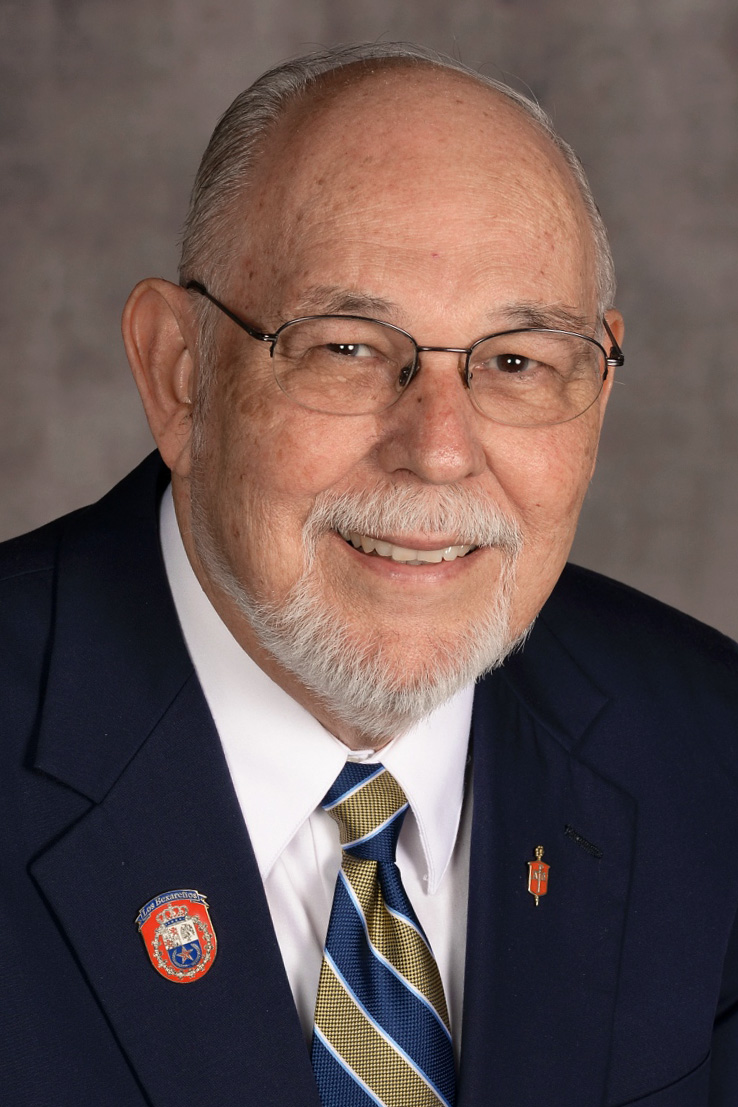 Bishop Joel Martinez
Photo courtesy of the Council of Bishops.
I tagged along and noticed there was a fence next to the gravesite. I saw that there were gravestone markers on the other side in a weed-choked field. I asked my dad, “What is over there across the fence?” He replied that it was the “Mexican” cemetery. I then asked, “Why are we over here on this side where it is so nice with no weeds?” He replied that it was because Uncle Juan, Grandfather’s oldest child, had bought the lots on this side of the fence.

Many years later, as a young adult, I would pursue the question with my dad about the fence. He explained that an Anglo friend of Uncle Juan’s had bought the gravesites from the church cemetery association and then sold them to my uncle at his request. “Mexicans were not allowed to purchase gravesites on the side where white people were buried,” my dad said.

In the early 1990s, I visited another church cemetery in Texas, part of a historic site for Hispanics. It was at this church that the first person of Mexican descent was ordained into the Methodist ministry in 1871.

On my visit, my father accompanied me and we walked into the cemetery behind the church building. I noticed that there was one section of the cemetery that was separate from the rest. The names on the markers were Hispanic. I then asked the pastor about whether African Americans were buried there as well. He pointed to a site beyond a dried creek bed — that was the African American section of the cemetery. A flood many years before had destroyed that section.

I commented to my father, “Same as back home in Grandfather’s cemetery, the Mexicans and the Blacks are not good enough to live near our white brothers and sisters in life or in death!”

UM News publishes various commentaries about issues in the denomination. The opinion pieces reflect a variety of viewpoints and are the opinions of the writers, not the UM News staff.
In 1955, a new Spanish language hymnal, Himnario Metodista, was published. It was in response to the calls for a hymnal by congregations of the Rio Grande Annual Conference of the Methodist Church in the states of Texas and New Mexico. The conference committee that developed the hymnal had approached the Methodist Publishing House about preparing such a hymnal but there was no response.

After more than a century of Methodist mission engagement with the Hispanic peoples of the southwestern United States, the agency of the church established to meet the publishing needs related to the church’s mission turned a blind eye and a deaf ear to the Hispanic leaders. The essential message of the Methodist Publishing house was: “We serve most Methodists, but not your kind of Methodists!”

The committee of Rio Grande Conference Clergy and Laity had to approach the Spanish Baptist Publishing House based in El Paso, Texas, for help in publishing the 1955 hymnal. The needed funds were raised by the conference and the hymnal, with the Methodist orders of service, was soon circulating in local churches as well as other parts of the U.S. and Latin America.

In 1966, a group of Mexican-American farmworkers from the Rio Grande Valley in Texas decided to march to the state capitol of Texas to bring attention to the unjust working conditions, wages and extreme poverty of hundreds of thousands of workers in the Texan fields. Their 400-mile march started on July 4 and ended at the state capitol in Austin on Labor Day. I marched with and supported those workers.

During that scorching summer, not a single predominantly white Protestant congregation welcomed or offered hospitality to the workers and their supporters. The only local churches that did so were two Methodist Hispanic churches and dozens of Roman Catholic parishes.

The Social Creeds and Social Principles of the Methodists and other denominations affirmed the rights of workers to organize for collective bargaining. Yet, very few laity and clergy from the Protestant churches raised their voices or made public their support of the right of the working poor to organize and seek justice. It made many in my generation ask, “Are poor Mexican-Americans not worthy of our church’s care and support?”

I have chosen to share three examples of the institutionalized racism and discrimination that was evident in the practices of the church during my childhood, my youth and during my ministry as a pastor. There were occasions when I was subjected to personal comments and actions that reflected discriminatory, demeaning and racist attitudes toward me as a Mexican American.

However, it is more important to share about the continuing and entrenched racism that pervades the organizations and institutions of the church when it comes to including, welcoming and serving persons without regard to color, language and heritage.

The choir in Revelation 7:9 calls us to practice on Earth as it will be in heaven: “After this I looked, and there was a great multitude that no one could count, from every nation, from all tribes, and peoples and languages standing before the throne and before the lamb with palm branches in their hands.”

May we all get ready for that choir.

Before retiring, Martinez served as resident bishop of the Nebraska and San Antonio Episcopal Areas, as well as president of the United Methodist Board of Global Ministries and president of the National Plan for Hispanic Ministry Coordinating Committee for eight years each.