It might help you understand if you think of your pastor as a grizzled bluesman in rural Mississippi.

“Mississippi has produced some of the most amazing folk art and blues music,” said the Rev. Trey Jones, senior pastor at Crossgates United Methodist Church in Brandon, Mississippi. “Because of the pain, the sorrow, the grief, the hurt, the injustice. And it's real, it's visceral.”

Jones says he felt a bit like that in December when, after a hard year, his scheduled break between Christmas and New Year’s got swept away.

Something came up every day of his vacation, including a funeral on New Year’s Eve. 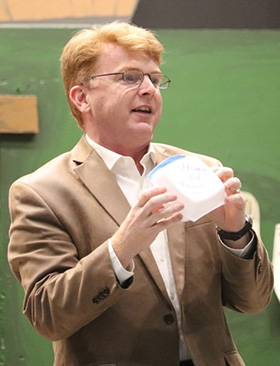 “The best way I can describe it is that slow burn of burnout, that slow heat, that slow poison,” Jones said. “Something broke in me. Something absolutely just snapped.”

Jones called his chair of staff-parish relations and said he needed to get out of town — immediately.

Jones took off in his car with his wife and just drove, ending up taking the scenic route to Key West, Florida. Another pastor filled in for two Sundays.

Jones is not alone among United Methodist clergy who are stressed these days, whether it’s from COVID-19, racial unrest, denominational uncertainty or natural disasters that just keep coming.

The Rev. Angela Cooley Bulhof, senior pastor at University United Methodist Church in Lake Charles, Louisiana, can relate. That state has been pounded by seven hurricanes and two tropical storms since August 2020. Most recent were Tropical Storm Claudette in June 2021 and Hurricane Ida in August 2021.

“As we were approaching the one-year anniversary of Hurricane Laura, that's when Hurricane Ida was flying in the southern part of the Gulf (of Mexico),” Bulhof said.

“I sat in my car in the parking lot of the place I was going to get my hair cut, frozen, and I just bawled my head off,” she remembered. “I must have been crying for an hour in my car. I thought to myself, this must be what PTSD feels like.”

The Rev. Martin Thielen, a retired pastor who writes the Doubter’s Parish blog, conducted an unscientific survey of 50 or so fellow pastors.

“I've just never seen so many folks having so little fun in ministry ever,” he said. “A lot of those people that were doing better seem to be in the real small churches, because they didn't have big budgets and big staffs and programs to worry about.” 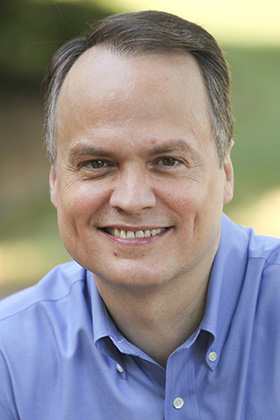 One common point of division is what Thielen calls “the Trump factor.”

“The ugly politics of masks and vaccines and conspiracy theories and whose side are you on had hit them like it had never hit before,” he said. “They couldn't win no matter what they did.

Among mainline Protestants surveyed by Ipos for The Episcopal Church, 25% attended church once a week before the pandemic. Now, that has dropped to 17%.

“The COVID-19 virus affected my ministry at the First United Methodist Church in Monrovia, Liberia, in several ways,” said the Rev. Julius Y.Z.K. Williams. “It affected attendance, finances and interaction. The virus caused significant stress for me during 2020.”

Many of the pastors contacted by Thielen said they knew these declines were not their fault, but “looking out to the empty sanctuary every Sunday morning is miserable.”

The Rev. Jeff Ridenour arrived July 1, 2020, as the new pastor of Faith United Methodist Church in Oregon, Ohio. By then, COVID-19 had killed 100,000 people in the U.S. In addition, Ridenour’s wife has an immunodeficiency, so he needed to be extra careful about taking precautions.

That wasn’t the case at Faith United because the coronavirus forced worship online and to the parking lot, where a “Popemobile” was constructed from tarps and Plexiglas so he could preach safely.

Unfortunately, the contraption tended to blow over in strong winds — thankfully only when Ridenour wasn’t occupying it. There was also the issue of getting electricity safely installed so the sound equipment would work.

“Two or three women (in the church) lost their husbands,” Ridenour said. “But we could not as the community gather together to mourn. … One  graveside (service) was right after I was in quarantine, so I couldn't even do the graveside with her family.”

Services were moved inside for the first Sunday of Advent 2021.

“I had some folks who didn't want to come back to be in person with anybody because they still felt there was a health risk,” Ridenour said. “Some of our people couldn't be vaccinated because of their own health issues.”

A couple of members refused to return because they didn’t want to wear the requested mask.

COVID-19 was not the worst stressor for him, Jones said.

“The most painful episodes that affected me personally as a pastor were the national election and how divided and angry people were,” he said. “And then the necessary conversation about racial justice in our country.”

After Jones attended a community gathering of Black and white Christians, some church members thought he had participated in a Black Lives Matter march and were offended.

A Barna study released in November 2021 found that 38% of pastors have considered quitting full-time ministry in the past year, up nine percentage points since the beginning of 2021.

“One of the more alarming findings is that 46% of pastors under the age of 45 say they are considering quitting full-time ministry, compared to 34% of pastors 45 and older,” according to the report. “Keeping the right younger leaders encouraged and in their ministry roles will be crucial to the next decade of congregational vitality in the U.S.”

The Rev. Miyoung Kang is pastor of United Methodist Church of Sea Cliff in New York and also analyzes psychological assessments and interviews ordination candidates for the New York Conference. She said stress, depression and anxiety increased during COVID-19.

“They have more conflicts in their families and stress with the kids — especially with the kids because they had online worship and online classes,” Kang said. “And every family had to stay in one place and work through the computer.

“It was very stressful for them.”

The problem was magnified for Korean pastors because many maintain negative feelings about seeking mental health assistance, she said.

Being a pastor is inherently stressful even in the best of times, Jones said.

“I think that for pastors, if we're not riding close to the edge of burnout, to the edge of pain and darkness and difficulty that people face, … I'm not quite sure how we can be effective in our pastoring and our preaching.”