United Methodists have been grappling with acceptance of same-sex marriage for decades and many United Methodists were on both sides of the issue in the voting booth Nov. 6 as the vote in four states indicated support for same-sex unions.

"My heart and mind are all mixed up with United Methodist and State of Washington thoughts today (Nov. 7)," said Amory Peck, a member of the Pacific Northwest Annual (regional) Conference.

Maine, Maryland and Washington approved same-sex marriage at the ballot box while Minnesota rejected an amendment that would have defined marriage as solely between a man and a woman. It is still illegal for same-sex couples to marry in Minnesota.

"What our citizens did do was vote down a proposed state constitutional amendment that would write into the constitution that a marriage is between one man and one woman," said the Rev. Tyler Christiansen, pastor of Lake Harriet (Minn.) United Methodist Church.

Debates have been simmering inside the church and in society for years. At the center of the issue for many in The United Methodist Church is how to offer ministry to gays and lesbians.

During the annual meeting of the Pacific Northwest Conference, June 2124, delegates voted to support Referendum 74 on the November ballot. The governor had signed a law to make same-sex marriage legal in Washington but those opposing the law got enough signatures to put the law on hold until the November ballot.

Peck was a delegate to the 2008 and 2012 General Conferences and attended the 2000 and 2004 gatherings. General Conference is the denomination's top lawmaking assembly. She said she was encouraged by the Pacific Northwest Conference's decision to support the referendum and the Western Jurisdiction's decision "to commit to a spirit of biblical obedience."

"So, today, all those years of yearning, and all the years of working to bring God's message of love, of inclusion, into being, the people of Washington state have voted for marriage equality," she said. "My partner, Linda, and I will be married in the spring. I know that we'll be surrounded by our church family and friends. Surely, the spirit of the Lord will be in that place, at that time."

Video from the 2012 General Conference of The United Methodist Church captures the ongoing division about statements in the church's Book of Discipline related to homosexuality.

United Methodists not of one mind

At the denomination's 2012 General Conference in April, delegates kept the language in The United Methodist Church's law book that states marriage is between one man and one woman. The church also forbids United Methodist pastors from officiating at same-sex unions or holding such unions in United Methodist churches.

However, during the summer's annual (regional) conference meetings, 15 states/regions approved legislation that rejected the denomination's stance in response to the General Conference action even though those votes do not override The United Methodist Book of Discipline.

"Washington state's marriage equality bill has my support because it does not mandate anyone to do anything they do not want to do, and this is in harmony with my own stance on religious freedom. I believe that it is also consistent with our United Methodist heritage and our shared practice of honoring the deeply held beliefs of others, even when we do not fully agree with them."

The Western Jurisdiction, which encompasses the eight westernmost regional conferences of the United States including Alaska, Arizona, California, Colorado, Hawaii, Idaho, Montana, Nevada, Oregon, Utah, Washington, Wyoming, Guam, and other territory in the Pacific, issued a "Statement of Gospel Obedience" calling the church's stand wrong. The jurisdiction took the action during its quadrennial meeting in July.

The Rev. Allen Ewing Merrill and his wife, Sara Ewing Merrill, are co-pastors of Hope.Gate.Way., a United Methodist community of faith in Portland, Maine, and are part of a movement of United Methodist pastors who have signed a statement expressing their willingness to defy the denomination's ban on officiating at same-sex unions.

Allen Ewing Merrill said there were a number of gay and lesbian people in his congregation in loving, committed relationships.

Erica Tobey, a member of the congregation who married her girlfriend, Ali, in September, said she has always felt welcome and loved at Hope.Gate.Way.

"Words cannot describe the excitement that comes with knowing that along with the blessings and support of our incredible faith community, my family can also have all of the legal protections of any other marriage," Tobey said after the state vote. "We are so grateful to live in a world where we feel completely included and surrounded in love."

"I believe that marriage is a covenant between a man, a woman, and God, and that is supported in Scripture. By this I do not mean that there is any reason to treat homosexual persons with anything less than love and respect, just as the Scriptures say.

"But when it comes to marriage, this is a unique and special covenantal relationship between people and God, intended for the sustaining of the human race in the context of loving relationships of mother and father, and for those relationships to be a witness to the love of Christ."

"We are supportive of the civil rights of LGBT persons, and we would favor civil unions if their civil rights could be addressed in that way," Dunn said. "I would have to change a lot of my beliefs in Scripture in order to support gay marriage since I don't see the practice of homosexuality affirmed anywhere in the teachings of Scripture."

"Under current state law, same-sex couples are not allowed to marry. While it is exciting for many of us who wanted to see this amendment defeated, it does not mean that the law is changing," Christiansen said.

Members of the Minnesota Annual (regional) Conference, meeting May 30June 1, voted to send a resolution opposing the proposed amendment to the Minnesota state constitution that only a union of one man and one woman be recognized as marriage.

Those submitting the resolution stated that civil rights such as health insurance, equal taxation, retirement benefits and health-care directives are based on one's marital status.

United Methodists in Minnesota are not of one mind on this issue, said the Rev. Elizabeth Macaulay, pastor of Richfield United Methodist Church, Minneapolis.

"How do we feel? Certainly many of us feel moved that the Conference was willing to speak publicly about a contentious justice issue.Collectively many felt that we lived our membership vows to 'resist evil, injustice and oppression in whatever forms they present themselves.' 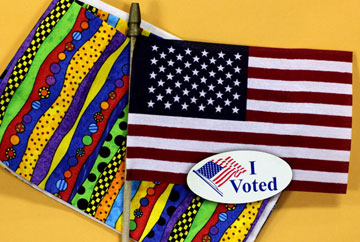 "On All Saints Eve our flagship church in Minneapolis (Hennepin Avenue) hosted an interfaith gathering at which we worshiped, prayed and committed to speaking out for full inclusion in community for all families seeking to raise children and live in covenant.There were over 200 clergy of many denominations and over 1,000 persons in attendance."

Hennepin Avenue United Methodist Church was among several faith groups that participated in "Celebrating Healing Minnesota," an event celebrating the defeat of the marriage amendment.

In his address to the Baltimore-Washington Annual (regional) Conference, Bishop John Schol said he believes "gay and lesbian people are children of God &ellipsis (who) can live in loving, committed relationships that reflect God's grace-filled love.

"I do not understand all of the mysteries of human sexuality," Schol said. "I believe that our sexuality is a gift from the Creator to be shared in loving, committed relationships."

Other United Methodist annual conferences made statements in their annual meetings about same-gender marriage that did not have legislation on the ballot.

At the Iowa Conference June 25, two documents with hundreds of signatures expressed compassion for gays. More than 500 signed a "Do No Harm" covenant stating the denomination's top lawmaking body made decisions that violated John Wesley's first General Rule by failing to acknowledge that members of The United Methodist Church are divided on homosexuality.

Iowans did vote to retain state Supreme Court Justice David Wiggins, who faced a heated campaign for joining in the 2009 decision that legalized same-sex marriage in the state.

"God is love. God calls us to love. God blesses love. I can only hope that The United Methodist Church will follow where the Spirit is leading, in the name of love and for the sake of love," Allen Ewing Merrill said.