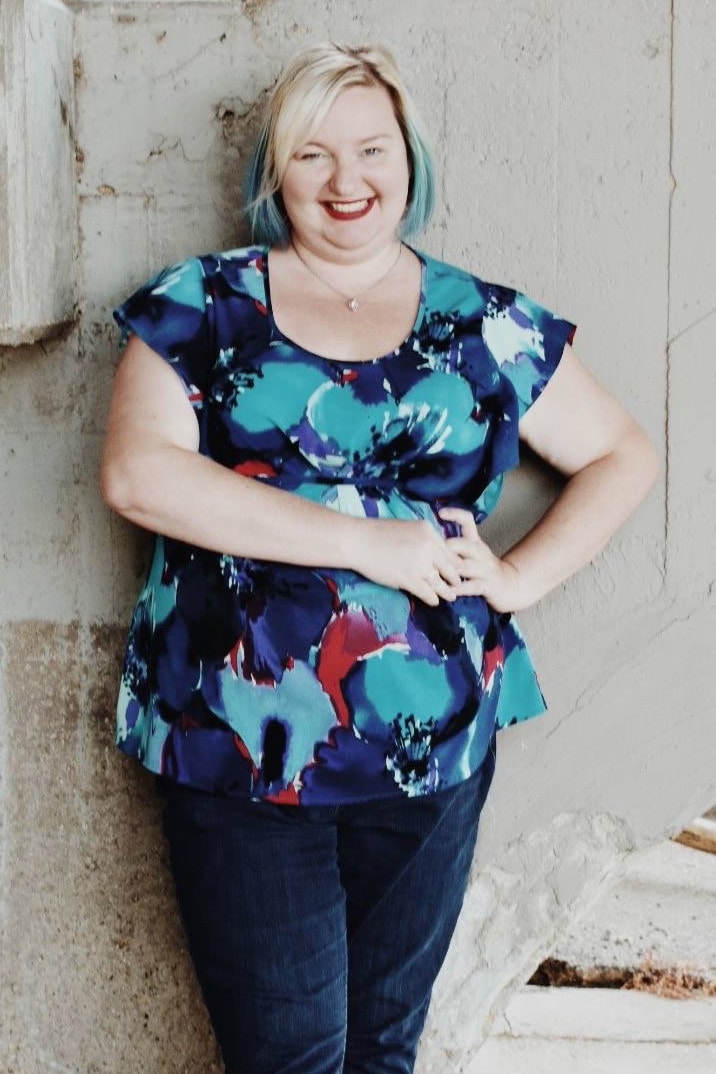 I didn’t know Rachel Held Evans as some did. We met briefly and I was on one of her book launch teams. Sometimes social media can trick us into believing we are closer friends than we are in real life and there were times following Rachel on social media that it felt like we were friends.

Even her presence on social media was warm and thoughtful. I first met Rachel at a conference where she was discussing her book “A Year of Biblical Womanhood.”  I remember being so impressed with her because this conference was not exactly a friendly place. In fact, she wasn’t given a room, but more of a hallway where people crowded together to try and hear her (without any sound system).

I listened as she was asked question after question challenging her work and even questioning her Christianity. Each question she answered with grace and patience and stood her ground.

As I followed her work later, I was reminded over and over again that I wasn’t crazy for my own understanding of faith and Christianity as she would write things that I had thought, but was nervous saying out loud.

I have quoted her many times in classes and sermons. In “A Year of Biblical Womanhood,” she took a hard and in-depth look at Proverbs 31.  Most often this passage has been a prescription for how a “biblical woman” behaves. Reading the proverb about “Who can find a virtuous woman?” as I was growing up, the woman described felt like an unattainable ideal and one that didn’t feel comfortable to me as a young woman.

Rachel Held Evans’ scholarly work helped to redeem this passage, not as a prescription for women, but actually as a description.  According to her research, it wasn’t a passage for women to memorize or internalize, but rather for men and children to sing to a woman. The proverb wasn’t instructions for how women should behave, but a celebration of womanhood.

It’s where the phrase “woman of valor” became a rallying cry for women — strong, brave, vulnerable… In Hebrew: eshet chayil.  This passage and reinterpretation have been immensely helpful in funeral sermons. Many times families have described their mothers or grandmothers in the Proverbs 31 way, celebrating the women who have nurtured and raised them.  Women who have been strong and brave and vulnerable… And it’s hard not to add an eshet chayil to their descriptions of praise. Many of the funeral services and sermons for such women now include this understanding and reinterpretation of what it means to be a Proverbs 31 woman.

“A Year of Biblical Womanhood” helped me identify places in my own life that I didn’t realize had been influenced by an uncomfortable understanding of what it means to be a Christian woman. As I read through her experiences of trying to live literally as a Biblical woman, I realized that many of the things she did, I didn’t believe literally. And yet deep within me was a belief that I probably should live that way.  Her bravery to challenge those understandings in her writings helped me be able to challenge them for myself.

When this book was pulled from Lifeway Christian Stores for her use of the word vagina, it made me all the more committed to challenging beliefs that I didn’t even know were a part of my understanding. I had considered myself a fairly moderate to progressive person, but also realized just how deep more conservative beliefs had made their home in me in ways that I no longer found true or helpful. I’m grateful for Rachel’s willingness to challenge these things within herself and the Christian tradition to give space for me and other women to do so in our own experiences.

Rachel Held Evans was a person who spoke up for the vulnerable long before others did. Through Rachel’s blog, we were introduced to writers and thinkers that we might not have otherwise encountered. Whenever I heard Rachel speak, there was often a recommendation of someone else to read. She recommended a book by Matthew Vines, “God and the Gay Christian,” before I had heard any others talking about LGBTQ inclusion. Her curiosity and desire for all people to be included in the church was powerful.

She wrote, “The folks you’re shutting out of the church today will be leading it tomorrow. That’s how the Spirit works. The future’s in the margins.”

Her work has influenced and challenged me and so many people. I was invited to be a part of the book launch team for “Searching for Sunday” and was moved over and over as I read the book and her responses to those of us who were reading before the book was released. There was always humility and gratitude in her responses — and it seemed some surprise — that the work she offered resonated with so many people.

In the wake of her death, the stories of other people’s interactions and encounters are moving and inspiring. As much as Rachel’s work meant to people, her life also changed so many people — her openness and vulnerability and her deep faithfulness. She has indeed been a woman of valor and in her death, there is a great loss to a large community of people. And there is an invitation for all of us to continue to do the same work. We are invited to share the inclusive message of the Gospel, speak up against injustice, use our own privilege to give it to others, and live as a faithful disciple of Jesus Christ.

Meyers is the senior pastor of Faith United Methodist Church in Freeport, Illinois.

A new website from the United Methodist Commission on the Status and Role of Women is designed to help people navigate the process for addressing sexual misconduct in the church.
Local Church

The shift from physical gatherings to a “church without walls” was deemed unthinkable just a few years ago, but COVID-19 lockdowns fast-tracked the practice of online ministry.