Fans of popular Christian rockers Big Daddy Weave are mourning the death of Jay Weaver, bassist and co-founding member of the band and a lifelong United Methodist.

“I'm so sorry to bring this news,” said his brother Mike Weaver, lead vocalist for the band, in a statement on Jan. 2, after Jay died of complications from COVID-19 after years of health issues. “My heart’s broke.”

The Weavers grew up attending St. Paul United Methodist Church in Gulf Breeze, Florida, and led worship there as teenagers.

“He loved his family and he loved the Lord,” said the Rev. Christina Shaver, lead pastor at St. Paul, in a statement. “His ministry will continue on through all the people whose lives he touched. The world is a lesser place without him.”

Both outsized, garrulous men, the brothers have been the heart of Big Daddy Weave, who have been compared musically to the Dave Matthews Band.

“You hear the phrase ‘consummate rock star,” said Chris Hauser, who promotes the band’s singles to radio stations. “They were the consummate non-rock stars. They were good old boys with deep Southern drawls. Family and community was and still is incredibly important to them.”

Formed in 1998, the band released its first album in 2001 and is still having hits and touring internationally after two decades.

“Big Daddy Weave, they have staying power,” said Deborah Evans Price, a reporter who covers Christian music for Billboard and other outlets. “When you look back over 20 years, the hits that they've put on Christian radio like ‘My Story,’ ‘Audience of One’ and ‘Redeemed’ are landmark songs of the format. ‘Redeemed’ is one of those songs that people in churches are going to be singing for decades.” 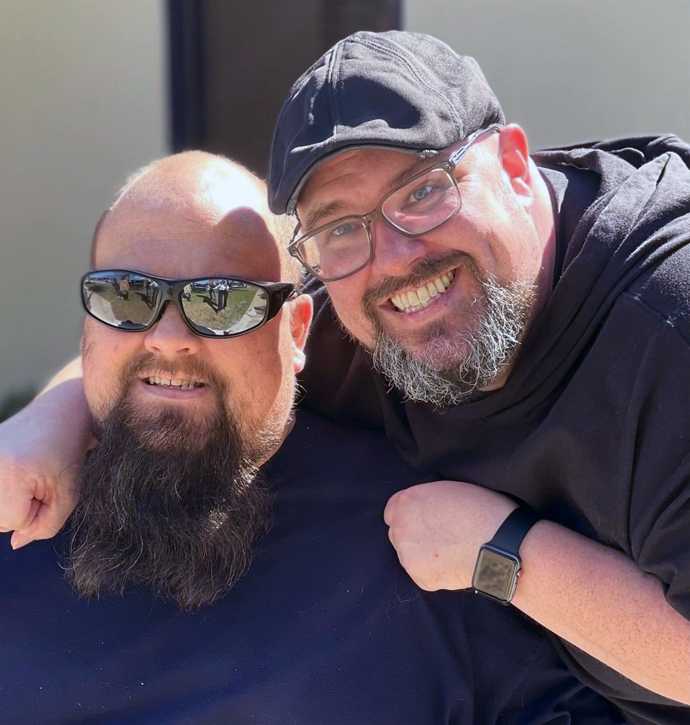 Jay, 42, suffered from diabetes, which led to the amputation of his feet in 2016. He also was on dialysis and had mostly stepped back from touring and handling band business, which had been his responsibility.

“He had so many health issues, and they just took it and dealt with it and still were laughing and being joyous,” Shaver said. “I always feel like that is a victory over the brokenness of this world — that when things are really sad, you can still laugh and you can still enjoy being together.”

Survivors in addition to his brother include wife Emily; children Makenzie, Madison and Nathan; and bandmates Jeremy Redmon, Joe Shirk and Brian Beihl.

“Jay was always, to the very end, in great spirits,” said Greg Oliver, a booking agent who has worked with Big Daddy Weave for two decades. “He still loved to joke around and laugh and was very generous and a man of integrity. That's just who he was at his core, regardless of his health situation.”

Tony Barberi, a member of St. Paul who has known the Weavers since they were children, said Jay Weaver kept his sense of humor even amid his health struggles.

“After his feet were amputated, Jay would joke about putting ones’ best foot forward,” Barberi said. “He would say, ‘Well, that's if you've got one.’”

Barberi added: “Now, I wasn't with him through all the very personal, intimate times when he struggled, but on the outward side, to the people that he had around him when he was in the hospitals, all the nurses loved him because he kept them laughing. He was just upbeat.”

Jason Kelly Weaver was born Nov. 5, 1979, in Battle Creek, Michigan. His family moved to Gulf Breeze, Florida, in 1980, and he later settled in Navarre, Florida.

“I believe that (Jay’s) guiding influence that helped him develop who he was, was his parents,” said Betty Conover, another church member who knows the family well.

“The Weavers were leaders at St. Paul. (Father) Russ taught an adult Sunday school class and Pat worked with children in vacation Bible school,” she said. “They both served on committees.”

When an elderly church member became too sick to live alone, the Weavers invited her to live with them, which she did until her death.

“(Jay) saw and lived the faithful example of his parents,” Conover said.

As a child, he was “a sweet, well-behaved and cooperative little fellow who enthusiastically participated in all the church events like Sunday school and children's church and family gatherings,” Conover said. “(Jay) and Michael were best buddies, even though they had other friends, but they always did things as a pair. … As children, (Jay) and Michael sometimes would sing duets to the congregation in our church service.” 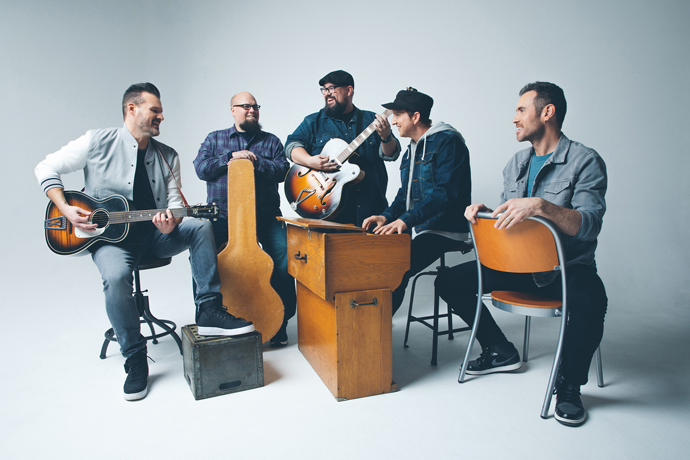 Jay and Mike formed the core of the church’s praise band as they grew older, she said. Jay “was a clown and kept everybody entertained,” said Conover, citing her daughter, who participated in the church youth group with the Weavers.

“But his humor was not ever hurtful to anyone's feelings, and not at anybody’s expense unless it was at his own expense,” Conover said.

Big Daddy Weave have never attempted to cross over from Christian into mainstream popular music, like bands including Skillet have successfully done, Price said.

“Their focus is on encouraging, uplifting and inspiring believers,” Price said.  “Some people might term it as singing to the choir, but they're just very ministry focused. … To me that doesn't make them any less important or any less valuable.”

Before every concert, the band holds a devotional service and then physically touches each seat in the concert hall and prays for the audience member who will soon sit there, Barberi said.

They also make a habit of staying after the performance to pray with audience members who wish to participate, Houser said.

“That goes on easily for an hour every night,” he said. “So ‘Elvis has left the building,’ but that does not happen with Big Daddy. They're some of the last people to leave.”

Innocence was lost, but writer translated the trauma of the moment into new goals and dreams of helping others.
Faith Stories

Bishop John William Russell served various local churches and as a district superintendent before his election as bishop in 1980. In 1988, he became the first episcopal leader of the newly formed Central Texas Conference. Russell died Sept. 2.
Human Rights