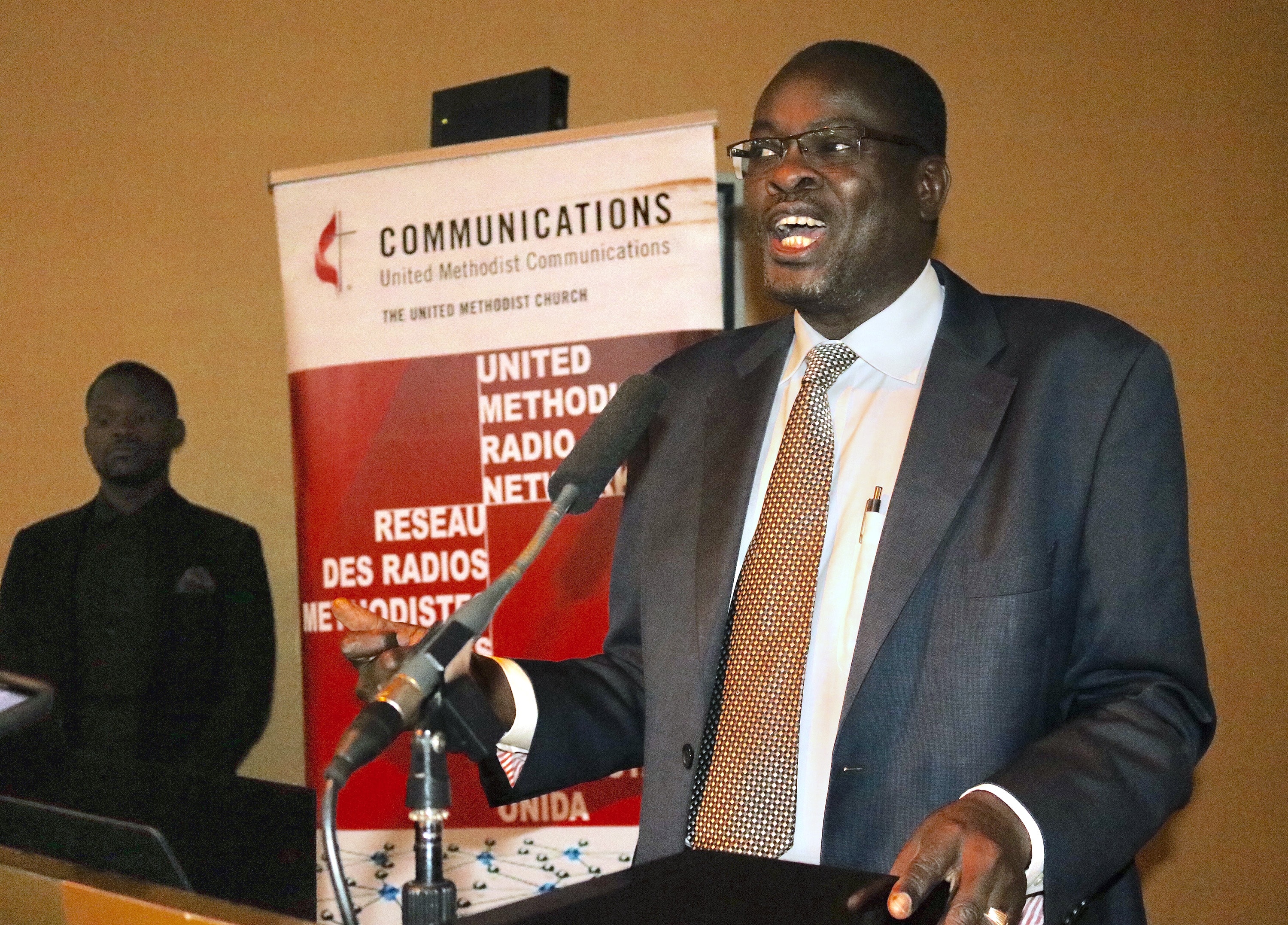 Forty-three participants drawn from the African Central Conferences and the Philippines attended the April 25-27 meeting. New to the conference this year were attendees from the Central African Republic, Ethiopia, Rwanda, South Sudan and Tanzania.

“Unite the church (rather) than perpetuate divisions,” said Wandabula to the group of communicators who make up the network, which launched in 2015 to support and resource existing and aspiring radio ministries.

Addressing the deep-seated fragmentation in The United Methodist Church following General Conference’s passage of the Traditional Plan, which strengthens enforcement of bans on gay clergy and same-sex weddings, Wandabula said radio can help bring together United Methodists of diverse persuasions.

“Radio is the most effective means of spreading news,” he said, boasting of the more than 500 radio stations in Uganda, a number of which are community and Christian radio stations.

The East African episcopal leader called for peace, unity and tolerance in The United Methodist Church connection.
“After all this, we must remain brothers and sisters as we allow God’s power to work in us.”

Carlos Gouveia, United Methodist Radio Network coordinator and head of Radio Kairos of Angola, joined the unity chorus, declaring, “God speaks all languages, and before him, there is no Anglophone, Francophone, Portuguese or Swahili … and our network should reflect this.” 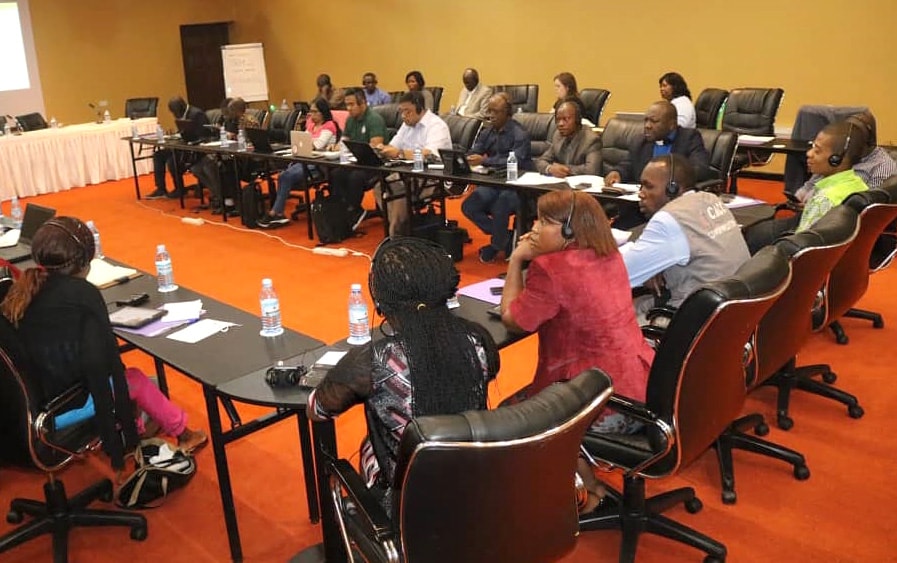 Attendees of the United Methodist Radio Network annual meeting listen on headsets during part of the conference, April 25-27, in Kampala, Uganda. Photo by the Rev. Taurai Emmanuel Maforo.
While the bishop said it was necessary for the radio network to clear the air on the contentious subject of human sexuality by informing annual conferences on the processes, he argued that Africa is confronted with many more challenges that the church needs to address.

“I wonder if the church would have been different if the sexuality clauses were never there in the Book of Discipline in the first place,” he added.

Wandabula also spoke of the recent Cyclone Idai that ravaged Mozambique, Malawi and Zimbabwe and the crisis in South Sudan. He called on the African communicators to tell the story of such tragedies.

Joyce Jaka, a participant from South Sudan, fled to Uganda as a refugee.

“We were displaced from South Sudan by the extreme conflicts in my country,” she said. “This meeting has been helpful for me, but there is no way I can go back home. … Something must happen to solve the issues back home.

“I am, however, relieved in that, while I cannot go back, (the) radio station back home and in refugee camps is doing the job for us,” she added.

Communicators with existing radio stations within the network told stories of how they have raised awareness about Ebola, anti-malaria campaigns and recent landslides in Sierra Leone. Representatives from the Philippines gave a presentation on their radio ministry that sends early warning alerts through the Philippines Amateur Radio Association.

“We are excited that we are able to share with those outside the Philippines through the God is Good radio ministry,” Kier Ocampo said.

Pacome Nguessan, executive secretary of the United Methodist Radio Network, implored the annual conferences with radio projects not to expect one-way support from the network, noting that results can be achieved through working together.

Lydie Acquah, the network’s first coordinator and station director at the Voice of Hope, agreed.

“We must begin to see some serious and positive movement in each annual conference in order for the network to spread its wings faster,” she said.

Wandabula called on the radio network to grow into a “self-governing, self-propagating and self-financing body.” He applauded the network’s financing system where annual conferences contribute through subscriptions and membership fees.

The driver of the SUV that crashed into and killed Sierra Leone Area Bishop John K. Yambasu has been charged with seven counts, including speeding.