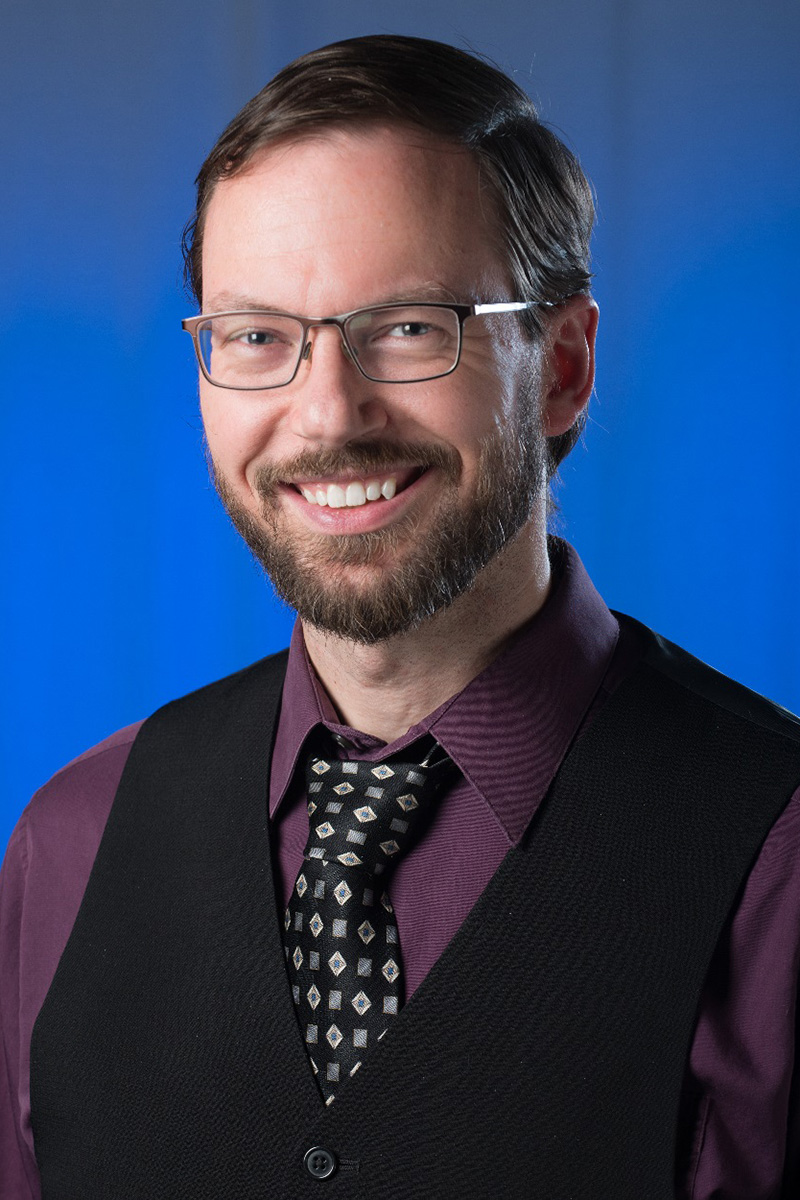 The United Methodist Church aspires to be a worldwide church. Yet both because of the current separation happening within the denomination and its changing international composition, it finds itself in a time of rethinking what it means to be a church, and a global church at that.

“Church” is one of the most foundational terms used by Christians, but the meaning of that word may not be as universally agreed upon as one might expect. First, church can be used for three different levels of Christian gathering: local congregations, denominations and the church universal. The United Methodist Church is a church in the second, denominational sense.

While the nuances of theological understandings vary, there is at least an intuitive common meaning of congregation and the church universal: a gathered Christian community and the body of all Christians, respectively.

Not so with the other category. While most Christians could point to a denomination, they might be harder pressed to give a definition, and those definitions might vary widely. There are historical reasons for this uncertainty. Congregations have been a feature of Christianity since its beginning; denominations have not.

Moreover, the exact meaning of denomination is heavily influenced by context and the political and cultural factors at play in each context. Political contexts and their effect on the religious landscape mean that The United Methodist Church’s identity as a denomination means different things in different branches of the church.

Not only are there are different understandings within the denomination of what it means to be a “church,” but these different understandings go along with different strategies for how to be a successful church. Here, the notion of religious marketplaces — how religious groups behave in their social and political contexts to grow and thrive — is helpful. Even if talking about religion as a marketplace is inadequate theologically, it highlights issues of fit between an organization (such as The United Methodist Church) and its environment.

Because of differing political and religious landscapes in the United States, Africa, Europe and the Philippines, United Methodists in those different regions have adopted different postures toward political leaders and the general populace, part of divergent strategies to help the church succeed in the sense of attracting members and avoiding outside interference.

The concept of denomination came into its own in the United States, fostered by the American principle of separation of church and state. In the United States, there is minimal government regulation of religion (most of what does happen is through tax laws), and religious identity is seen as a personal choice by Americans. That does not mean that Americans view faith as solely a private matter — there may be public and political implications of one’s faith — but ultimately, one’s choice of faith is minimally constrained by political or other public forces. The United States is thus close to a religious free market.

In the United States, The United Methodist Church (and its Methodist predecessor denominations) has functioned as a leading competitor in the denominational marketplace. American Methodism’s goal has always been to grow and appeal to the masses. Unlike other traditions (Mennonites, for example), Methodism was never content to be a niche player in the religious marketplace. At times, this has led to conflict or compromise (as in dropping early American Methodism’s opposition to slavery), but the goal has been consistent: to be a major denomination with an extensive membership.

Historically, American Methodism has been successful in achieving this goal. Methodism (across denominations) was the most popular variety of Protestantism in the United States at the end of the 19th century, and The United Methodist Church remains the second-largest Protestant denomination. It is the most nationally distributed of any major denomination, crossing all regions of the country.

The United Methodist Church in the United States has, of course, experienced a prolonged loss of members over the course of its lifetime. Yet part of what has made that experience so painful for U.S. members is because it represents the loss of a former dominant position in the American religious landscape.

There have been myriad proposals for how to reverse the membership decline in the United States, but they all have several features in common: They are focused on appealing directly to individual potential members, usually through the preaching and programming of the church. None of them address the denomination’s relationship with the government. While some of these reflect on the “brand” of United Methodism, very few of them talk about the role that the church plays in the public square. These strategies to retain and gain members are about appealing to individuals’ choices across broad swaths of the American public.

The United Methodist Church functions very differently in Europe. Most of Europe has a long tradition of state churches supported by the government. In some instances, state support has recently ended, but the legacy remains. In that context, The United Methodist Church has functioned as a “free church,” that is, one that people freely choose to join (rather than doing so because it is the government-set default). Indeed, in several countries, Methodism helped pioneer the idea of religious freedom.

But free churches are necessarily small. The state church, as a government monopoly of sorts, will always have the dominant position in society. In such a setting, Methodism has never aspired to win over the masses, as it has in the United States.

Instead, The United Methodist Church has sought to avoid the stigma of a being a “sect,” a label that would bring popular aversion and possibly government interference. The goal is survival and ideally modest growth, but not becoming a dominant player in the religious landscape, which is not possible.

To avoid the label of “sect,” United Methodism tends to emphasize its ecumenical relations and its contributions to the common good. Both these habits demonstrate that the church is willing to get along with and benefit others, rather than being closed-off like a sect.

But this approach of being a good citizen is a very different model of engaging the religious marketplace than American churches’ appeal to the interests of individuals as free consumers. It is a different set of strategies with a different end goal.

People might look at the lack of a state church in most African countries and conclude that they are free denominational marketplaces, as in the United States. Yet such a view misses two important points about how religion functions in most African contexts.

First and foremost, while religious identity in the United States is a personal matter, in most African contexts, it is a public matter. That is, one’s religious identity is not merely chosen independently as an individual but is instead connected to other elements of public and communal identity — family, tribe, political party, occupation, etc. In some instances, these communal aspects of identity determine denominational identity more so than personal choice.

Second, while freedom of religion does exist in almost all African countries, there still tends to be a heavily regulated religious marketplace. There are no state churches, but the government actively intervenes in religious affairs for a variety of reasons, sometimes personal to the leader but mostly related to the government’s understandings of good of the society, including preservation of social order. Because religious identity is public, the government has an interest in regulating it.

Thus, there are various instances of African governments interfering with religious organizations, including through permitting and legal cases. Churches also often seek to use state intervention, through government officials or the police, to resolve religious conflicts within their own body — something that an American church would almost never do, except in the instance of lawsuits, which are not seen as a form of government intervention.

The goal for The United Methodist Church in many contexts in Africa is still, as it is in the United States, to appeal to the masses. Methodism tends to be growth oriented, carrying the idea that all should be welcomed into the church and that a growing church is a healthy church.

But this growth is pursued in slightly different ways. Because religion is seen as public rather than personal, Methodism emphasizes not only the personal benefits of worship, community and spiritual care, as it does in the United States, but also how the church engages with and contributes to the overall good of the society, mostly through education and health care. In many places throughout Africa, Methodism is the church of civil society, engaged in building better communities. That is one of its prime selling points. This public image of Methodism both helps attract followers (as groups and individuals) and staves off government interference, though Methodism often ends up interacting extensively with the government around the public services that the church provides.

Unfortunately, in the interest of space, I will touch only briefly on the Philippines. It is probably somewhere in between the United States and Africa. There is a relatively free market for religion in the Philippines, a legacy of U.S. colonialism. Yet the government is more likely to curtail religious speech on political issues, and the Filipino religious marketplace is structured differently than the U.S. religious marketplace. One might think of it as an oligarchy: The Catholic Church and the United Church of Christ in the Philippines exercise dominant positions within Filipino society. Within that context, Methodism is a specialty religious provider characterized by education and healthcare, just as education and health care is central to the church’s public face in Africa.

One instance of such implications for how issues play out in the denomination is around sexuality: In the United States, denominations must respond to changing demands in the religious marketplace in a society that increasingly accepts gay marriage, but where there is also a good portion of individuals with traditionalist understandings of marriage, thus leading to conflict about how best to appeal to the masses. In Europe, to avoid the label of “sect,” there is pressure to follow majority opinion (whether conservative as in Eastern Europe or progressive in Western Europe). In Africa, it is important to be seen as contributing to social stability, and when the government has identified the heterosexual family as central to social stability, there is pressure for the churches to toe that line. In the Philippines, questions of sexuality are less relevant to Methodists’ identity as a specialty religious provider focused on education and health care.

Each of these strategies makes sense within the political and cultural logic of its context. The challenge comes when the church tries to come to agreement across contexts.