Petitions meant to address pensions and the Traditional Plan topped the list of priorities for what General Conference delegates will work on in their legislative committee.

This was a key vote as delegates to the denomination’s top lawmaking assembly try to set the direction in The United Methodist Church’s longtime debate over homosexuality. 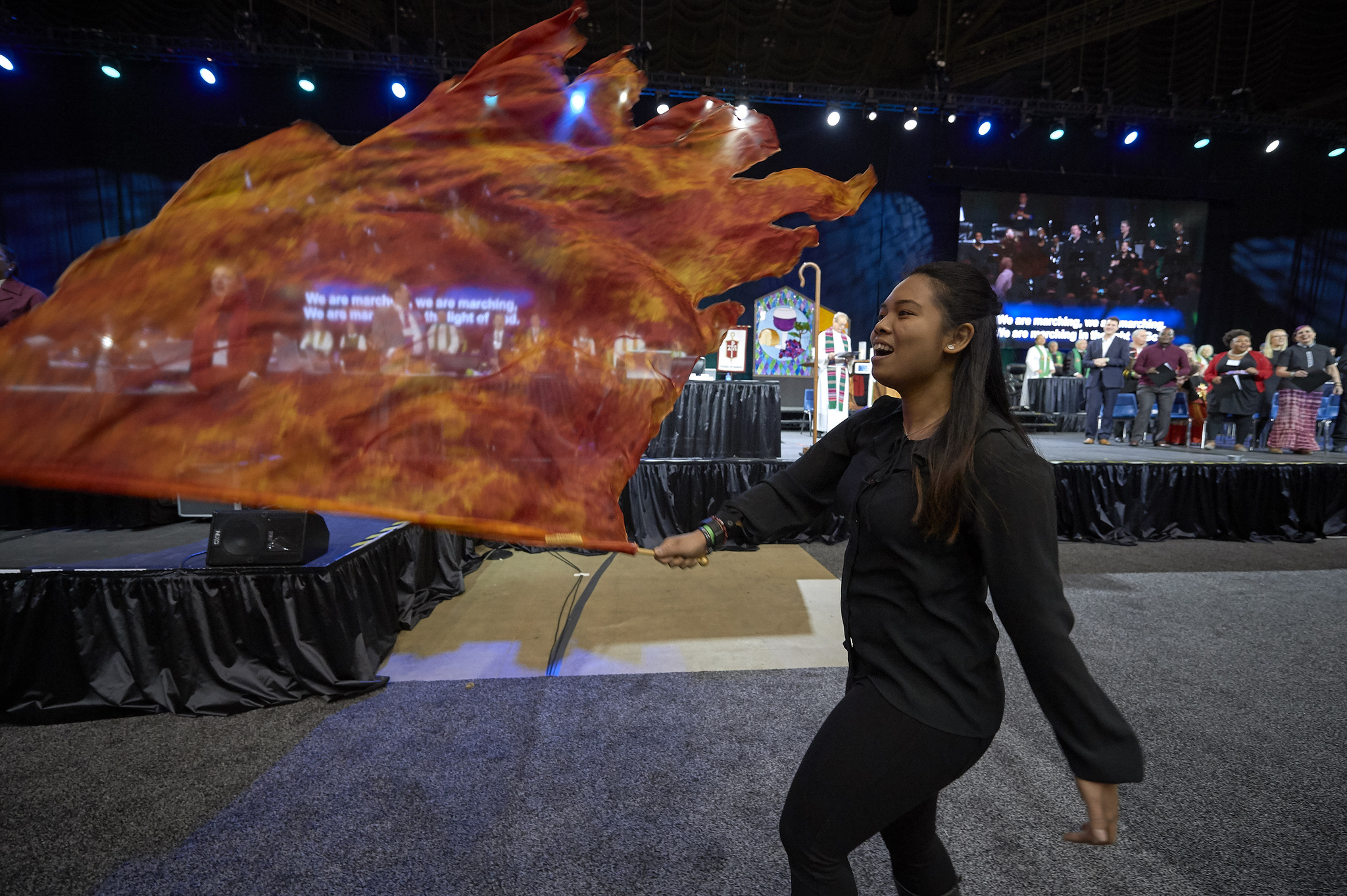 The vote started mid-afternoon of a day that began with a sermon by Bishop Kenneth H. Carter in which he asked delegates to make every effort to make unity “your passionate concern.”

Following worship, delegates heard the presentation of the Commission on a Way Forward’s report.

The priority voting took about an hour and the results were announced by the Rev. Gary Graves, secretary of the General Conference Commission. The totals showed that the Traditional Plan was second behind pensions, and the One Church Plan was fifth behind legislation that deals with disaffiliating churches.

Bishop Carter said the Feb. 24 vote is “very early in the process” and the work is in the hands of the delegates.

“The Commission on the General Conference was wise in developing a process for this special session: We are a church on four continents, we speak multiple languages and we live in diverse cultures. And we bring all of this to the complex relationships between LGBTQ identity, the unity of the church and our interpretation of scripture. The prioritization process helps us to focus,” Carter, who also leads the Florida Conference, said.

Bishop Julius C. Trimble, who leads the Indiana Conference, said his word to his people is: “Hold on and keep doing ministry the way you're doing now.

During the priority process, delegates ranked legislation either as high or low priority. Some of the 23 legislative packages involve multiple petitions; others were petitions that can stand alone. Each petition changes part of the Book of Discipline, the denomination’s governing document. 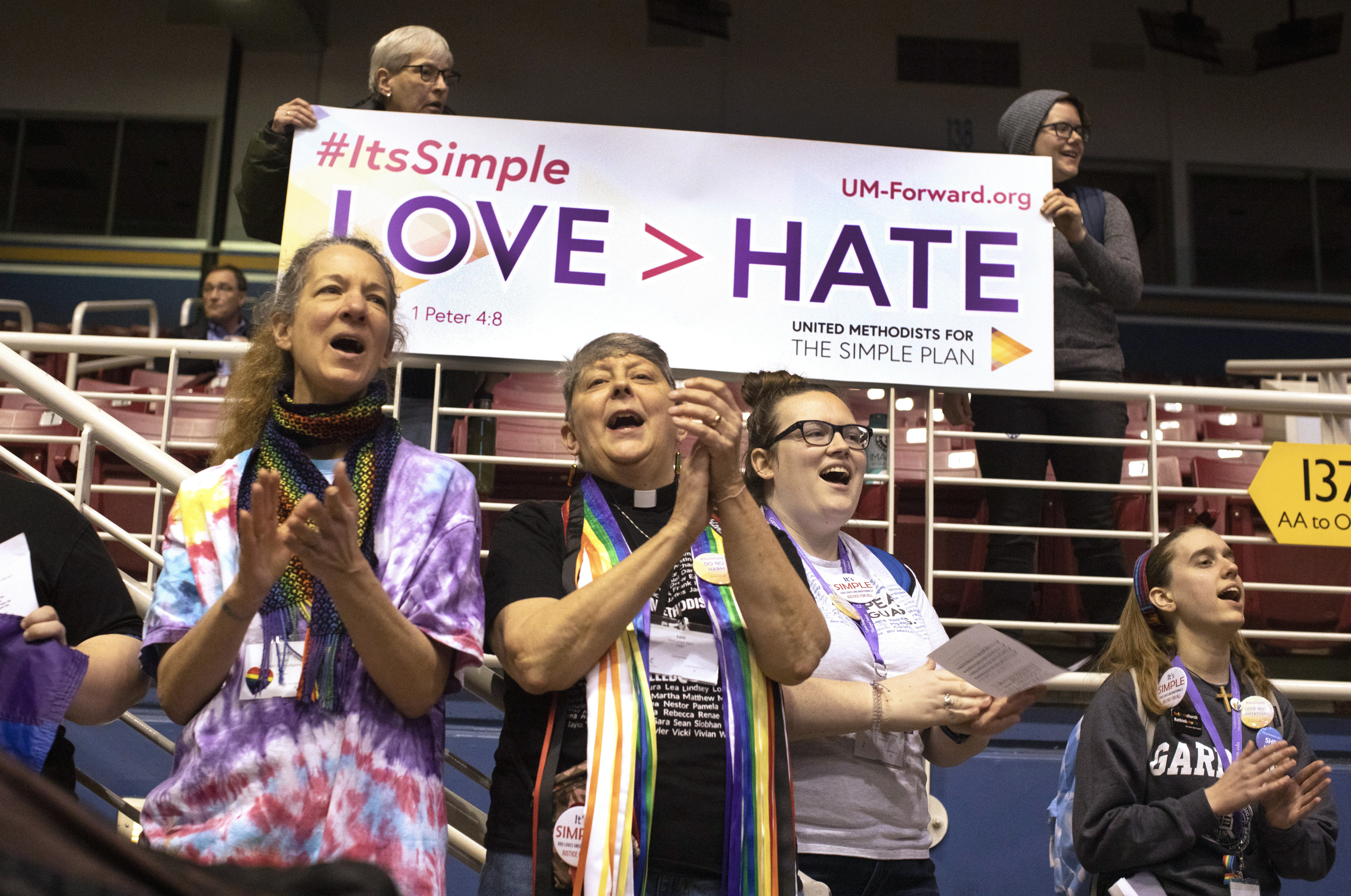 Neil Alexander said his unofficial advocacy group Uniting Methodists, which supports the One Church Plan, is not giving up.

“We are in the beginning of a complex legislative process,” Alexander said. “There is much debate and many decisions to come. We will be sharing information and ideas we believe will win broad support.”

The Book of Discipline requires that all petitions receive a vote in a legislative committee.

Usually General Conference has multiple such committees, but because the whole gathering is dealing with the same parts of the Book of Discipline, there is only one committee with all delegates. The legislative work will continue on Feb. 25.

In the legislative committee’s first vote, delegates passed Wespath’s petition 768 to 44, moving it on to the plenary session.

Concerns about being so close to their scheduled adjournment led delegates to vote to adjourn early and take up discussion on the Traditional Plan first thing tomorrow.

Bishop Carter, who was one of three moderators for the Commission on a Way Forward, said in his sermon that his work with the commission was not unlike his 28 years as pastor of local churches. The commission was charged with finding ways to resolve the divisions over the church’s stance on homosexuality.

When people disagree about how to interpret Scripture, “they imagined they were still learning and growing as disciples and had not arrived,” Carter said. “The divisions are easy to see. What would it be like for us to watch and listen for the connections?”

The story was compiled by United Methodist News Service staff and will be updated with additional developments throughout the day. Contact them at (615) 742-5470 or [email protected]. To read more United Methodist news, subscribe to the free Daily or Weekly Digests.

The Global Methodist Church, a theologically conservative breakaway denomination, has set May 1 as its official start date. However, it will take time for any potential separations from The United Methodist Church to take place.