Farai “Joy” Kanyemba, 41, lies on a hospital bed, listening keenly to the sounds around him and hoping a familiar face will appear. Unable to control body movement because of cerebral palsy, he depends 24/7 on staff at the United Methodist Nyadire Mission Hospital in Zimbabwe.

“No one really knows how Farai became a part of the hospital,” said the Rev. Lancelot Mukundu, who chairs the Nyadire Mission Centre. “It is believed his mother abandoned him at the hospital soon after birth in 1975. We speculate she may have been traumatized when she saw his condition and felt she could not care for him.”

On routine visits to the hospital, Mukundu always chats with Farai and prays with him. Some outsiders find it difficult to converse with Farai because his speech is impaired.

Farai’s given name was Matambudziko, meaning “problems.” However, hospital staff changed it to Farai, meaning “joy.” He has no birth certificate. No one knows where he got the surname Kanyemba.

Matron Crescencia Dangarembga has worked at Nyadire hospital since 1988. “I found Farai here when I started working at the hospital,” she said. “He cannot do anything for himself. The nursing staff bathe and feed him. He is unable to use a bedpan, so we dress him in adult diapers.”

When diapers are not available, the staff resorts to disposable linen savers or washable draw sheets. A disorder caused by brain damage usually before, during or shortly after birth, cerebral palsy often results in defective muscle control. 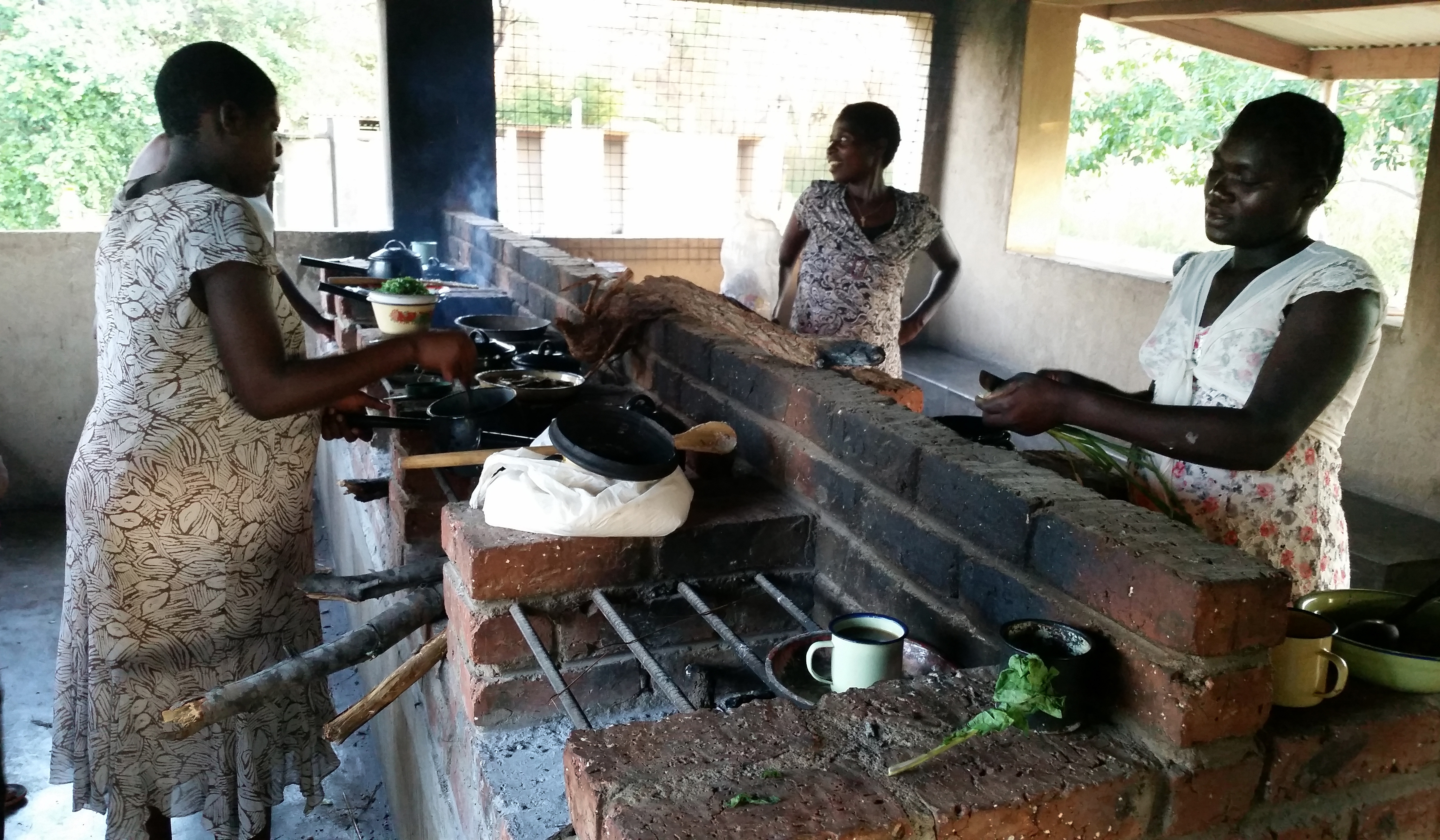 Expectant mothers prepare their evening meals in the kitchen at the United Methodist Nyadire Mission Hospital. Other meals are provided by the hospital. Photo by Eveline Chikwanah, UMNS

Dangarembga said the staff have established rapport with Farai and sometimes bake cakes and muffins for him. The hospital — the only home he has ever known — provides him three meals a day and snacks. A well-wisher donated a television set and a CD player for his entertainment.

“He enjoys listening to gospel music and sometimes watches television,” Dangarembga said. “Farai is not a patient here.” When he complains of a headache or sore legs, two doctors at the hospital treat him.

“We care for him because we do not know his relatives, and he has nowhere to go. His condition demands 24-hour nursing care.”

Farai lives in the mixed ward for children, ages 5 to 12, admitted for noninfectious conditions. Farai’s care is a major task of the nurse assigned to the ward.

Since the hospital opened its doors in 1923, it has become renowned for providing high-quality care to the 25,000 villagers in its area, with some coming from beyond the targeted boundaries.

Emily Mukobvu stayed at the waiting mothers’ home in April while awaiting the birth of her third child.

“I am attached to this hospital,” she said. “I was born here at Nyadire and delivered by first two children here. I am back to deliver my third baby because I am assured of good services,” said Mukobvu, who lives at Mutoko Centre, 14 miles away. She prefers the United Methodist health center to facilities nearer her home.

The maternity department handles 60 to 70 births per month, and staff perform an average of 10 caesarian-section operations every month. The waiting mothers’ home accommodates up to 32 expectant mothers who receive breakfast and lunch from the hospital. They prepare evening meals of their choice in a sheltered cooking area behind the home.

“The hospital is very old, and equipment is constantly breaking down, so the cost of repairs is high,” Tanyanyiwa said. The vehicle used for outreach programs at Nyadire has clocked more than 372,000 miles and needs regular repairs, resulting in high-running costs.

Another challenge is the absence of an incinerator. “We have to transport Sharps, used injection needles, to Marondera Provincial Hospital [89 miles] away for incineration. This exposes our health workers to risk of needle-prick injuries,” he said.

“I wish we could offer services such as cancer screening,” Tanyanyiwa added. “We are currently referring patients requiring screening to Harare or Chitungwiza hospitals,” almost 90 miles away.

Malaria is prevalent in the area served. In January and February 2016 alone, 230 confirmed cases were treated. Some diagnoses occur during delivery, and newborns get immediate treatment for the disease.

While some people seek treatment at Nyadire Mission Hospital and leave when they feel better, Farai “Joy” Kanyemba remains. The medical facility is his home, and the dedicated staff is the only family he has ever known.