Fifteen years ago, Cyclone Eline took out a bridge between part of the Chitora community and a United Methodist health clinic, as well as a local school. In the past year, the community has dug out and hauled 24 truckloads of stone and river sand to rebuild the bridge.

Nearby in the Saungweme community, a new primary school will replace classrooms now housed in renovated farm buildings. There, community members bake bricks and haul water to finish the school, which has a fine view of Africa University, the United Methodist university in Mutare.

“We thought if they could see the university from the school that they might begin to dream of attending college,” said the Rev. Lloyd Nyarota, the director of the Zimbabwe Episcopal Area’s community development program.

These projects are two of 15 underway through the Zimbabwe-Norway Partnership. The partnership – and other mission work of The United Methodist Church in Zimbabwe – operates on the principal of chabadza, which refers to people pitching in to help when someone is already working, Nyarota said.

Since the Gwarada Bridge across the Chitora River reopened in January, the clinic has seen an increase of 200 patients a month, said Virginia Mufunde, the head nurse at the Chitora United Methodist Clinic. The clinic provides primary care for the community and also has a waiting mothers’ clinic to house women who live too far away to reach the clinic when they go into labor.

Community workers gathered on the bridge were discussing finishing touches, such as guard rails and erosion control.

“We moved the stones to build the bridge, but now we don’t have diesel to collect the stones we have gathered for preventing erosion on the banks,” explained Geoffrey Rugoharo, counselor for Chitora Ward 21. He and other community residents were working at the bridge a recent day in March.

Nyarota promised to ask a government official to provide 400 liters of diesel for moving the stones. Through the partnership, the church provided the funds for skilled labor and some materials for the bridge, while the government provided engineering and the community chipped in a lot of sweat equity.

Primrose Nyemba, the secretary for the project, said restoring the bridge meant children returned to school, since the distance around the stream was far too great for children to walk to Chitora Primary School.

“It would take half the day to get to the school without the bridge,” she said.

The grant money for the partnership projects actually comes from the Norwegian government through The United Methodist Church in Norway. Over the first three years of the five-year partnership, the church in Zimbabwe has received about $900,000. Nyarota said the total should eventually be about $1.6 million. 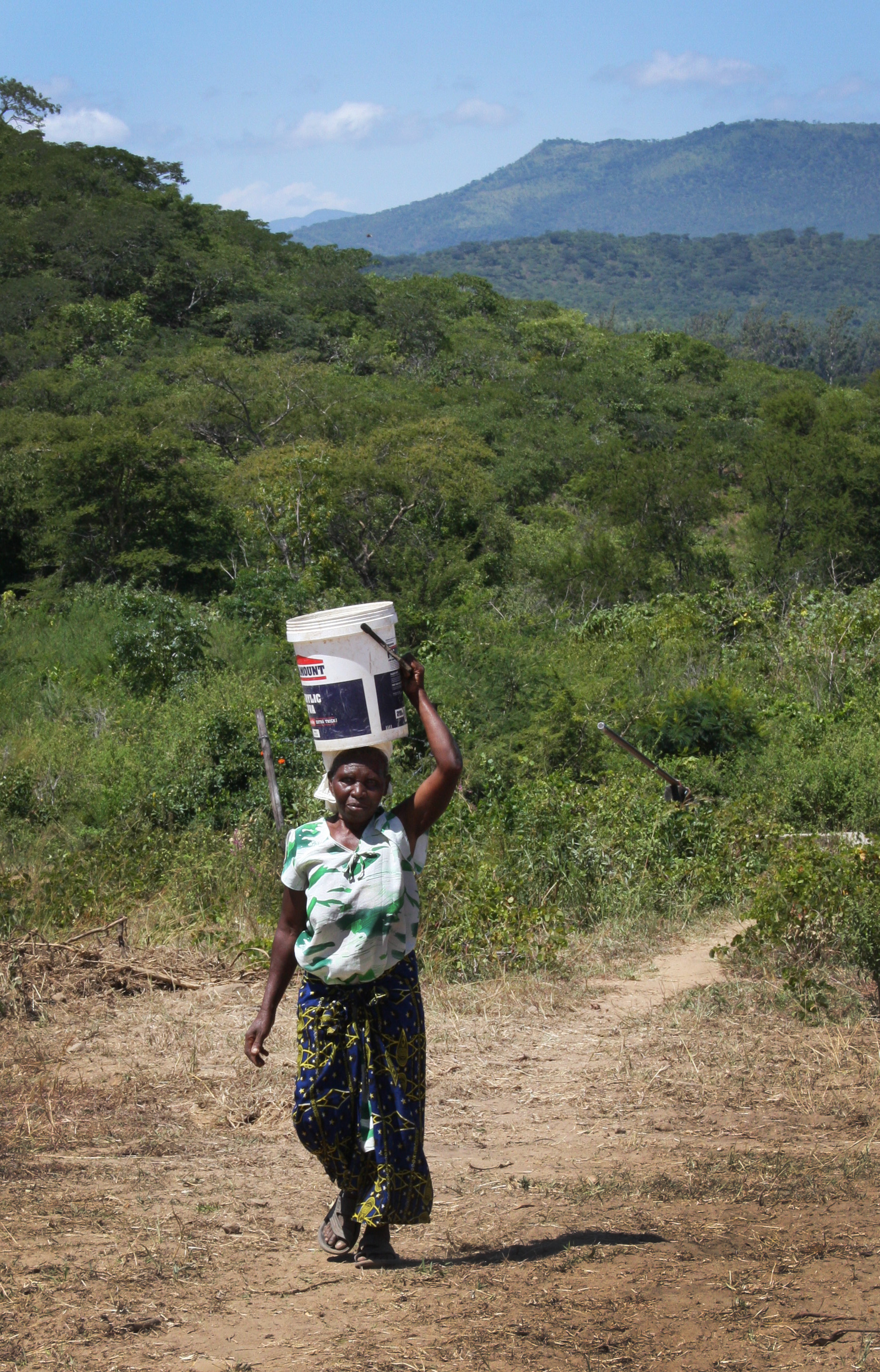 Ever Muhoko carries water from the borehole to masons who are working on walls for classrooms at the Saungweme Primary School. Photo by Vicki Brown, UMNS.

Communities decide what they need

One firm principle of the partnership is that the people in the communities – which must have a United Methodist church – decide what projects are needed and provide labor. An elected coordinating committee runs the projects.

“It takes time to build community, to deal with issues of conflict and sustainability. Everything we do must be sustainable and the community must demonstrate that,” Nyarota said.

The time spent building community can head off potential problems. “We’ve never had any issues of politically motivated violence because we prepare our communities to work together. I’ve had colleagues from other NGOs come to me and say, ‘We have been told not to be in that district,’ referring to an area we are working in,” Nyarota said, explaining that especially around elections, Zimbabweans can become pretty heated about politics.

The Saungweme Primary School serves a community of mostly poor farmers who have been resettled on land once part of a large commercial farm owned by a white farmer. The government took ownership during land reform.

The brightly lit classrooms at the new school are a stark contrast to those in the old farm buildings, especially the darkened class in an old cooling room where vegetables were stored.

“I want to go to the new school because it’s beautiful and we’ll be able to read,” says one little boy studying in the dark cooling room classroom.

The children name things they like about the new school, including the floor, the furniture, the doors, and the toilets.

Other projects through the partnership include a dip tank to help keep cattle pest free and healthy, a library, an early childhood development center, and more schools.

Donations to the project can be sent to:

The school projects are closest to Nyarota’s heart. He grew up in a rural village, then moved with his mother and sister to Rusape, a small town where they could go to school. His mother worked cleaning houses and he and his sister also worked to help keep food on the table.

His education was delayed when schools closed because of the Zimbabwean war for independence, but his mother lived to see him finish United Theological College and get his first degree – a bachelor of divinity – from Africa University.

He remembers his mother telling how she prayed for her children each night. “‘God, if you can give me strength and time to see my children be educated, especially my dream is to see my son through the seventh grade,’” Nyarota said.

Nyarota said he believes education saved him. When he goes home to the village his family is from, he often learns that men his age have died because of the circumstances of their lives.

“I believe with education that you can transform communities and family life,” he said. “God had a kind of mercy on me that I was able to get an education. I really think I’m alive because of that.”

Brown is news editor for United Methodist News Service. You can contact her at 615-742-5472 or [email protected].