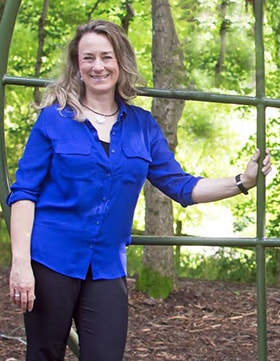 The North Carolina Conference recently released a video, and it’s a hit.

The video — a little over seven minutes — features male clergy of the conference reading aloud comments their women colleagues have endured.

The clergymen who agreed to be in the video were not given the remarks to read until the camera was rolling. The video captures their reactions, and near the end asks them to reflect on what they’ve read.

“My heart is quite broken, frankly,” one says.

For the Rev. Christi Dye, the video underscores a reality women clergy in North Carolina and beyond know all too well.

“You will not find a female pastor — even a young one, I venture to say — who has not experienced some level of objectification, sexualization or gender-biased comments,” said Dye, who chairs the conference’s Commission on the Status and Role of Women.

The video got a standing ovation after its debut during the North Carolina Conference’s annual gathering earlier this month in Greenville.

Women in Ministry from NC Conference of The UMC on Vimeo.

As of early this week, the video had been played about 134,000 times, said Derek Leek, the conference’s communications director and part of the team that put it together.

“The video project has been a gift —to women whose experience had been heard and honored, to men who demonstrated commitment to honoring of clergywomen, to all who have seen the video and been freshly awakened to the realities still among us,” said North Carolina Bishop Hope Morgan Ward.

The Rev. Tracy Clayton Sexton had a key role, contacting female clergy colleagues across the conference, asking them to email back with comments they’d heard on the job.

Several pages’ worth of comments and anecdotes would arrive, eventually winnowed to the two dozen or so read in the video.

“The responses just came pouring in,” said Sexton, who is beginning a new appointment at Cokesbury United Methodist Church in Henderson, North Carolina. “It pretty much confirmed what I already knew, but it still hurt to see them.”

Many of the comments questioned the call of women to be pastors, and their effectiveness.  Some of those came from female parishioners, Sexton noted.

She said she was particularly saddened by a story that didn’t make the video. A pastor reported that on her first Sunday at an appointment, a man stood outside warning people not to come in, because the church was now led by a woman. 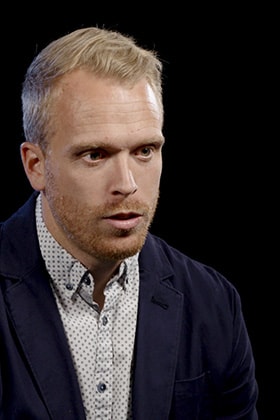 The Rev. Kyle Meier was one of the male clergy who read aloud comments his women colleagues have endured. “This is just unbelievable that my female colleagues — my sisters! — deal with this,” said Meier, a pastor in Apex, North Carolina. Image from video courtesy of the North Carolina Conference.

“Sometimes we have a strike against us before we even preach the first sermon,” Sexton said.

Other comments fell into the category of sexual harassment. Examples:

“Hi, honey. How’s my girlfriend?” … “I keep picturing you naked under your robe.” … “During Holy Communion, it’s hard for me to concentrate when you say, `This is my body, given for you.’ I think about your body, not Jesus’ body.’”

As one of the clergymen who read such comments for the video, the Rev. Kyle Meier first felt shock. As the remarks kept coming, he felt overwhelmed.

“At some point you’re like, `This is just unbelievable that my female colleagues — my sisters! — deal with this,” said Meier, a pastor in Apex, North Carolina.

The Rev. Marty Cauley was another of the readers. Given the broad range of theology among North Carolina United Methodists, he had expected to hear challenges to the legitimacy of women as pastors. But the sexual comments shook him up.

“Who thinks this is OK?” he asked. “You’d think we’re in a place in our lives where these things would not be said.”

The conference’s COSROW representatives have provided an action list to go with the video. The goals include encouraging greater attention to sexual misconduct and violence, addressing pay and leadership opportunity gaps for women and calling out those who demean women.

Women have been leaders of the Methodist movement since its early days, and they gained full clergy rights in the Methodist Church (a predecessor to The United Methodist Church) in 1956. Along with having a woman, Ward, as episcopal leader, the North Carolina Conference has nearly 200 full- or part-time women clergy.

But despite what she calls those “great gains,” Dye believes the video was necessary to raise awareness of women clergy’s ongoing struggles.

“It is so against what God wants us to be together, for those people to be diminished and sexualized, rather than uplifted for their gifts, for their service, for the way they’re seeking to build up the body of Christ.”

Because United Methodists value life, we reject suicide, medically-assisted dying (euthanasia), and capital punishment. United Methodists seek, advocate for, and offer life-giving ways in response to and instead of these threats to life.
Social Concerns

Ahead of a vote on an amendment to the Kansas state constitution, the United Methodist Church of the Resurrection took on one of the most divisive issues in its state and the United States at large in a town hall on faith and abortion.