A former interfaith leader who faced multiple accusations of sexual misconduct and abuse is no longer United Methodist clergy. 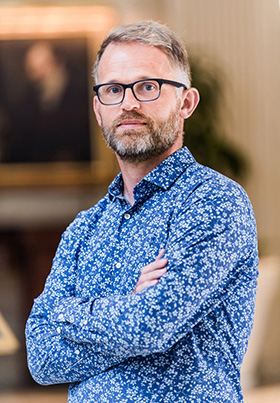 Donald “Bud” Heckman, accused of sexual misconduct and abuse, withdrew under complaint from membership in the West Ohio Conference, effective June 10, 2020. Photo courtesy of the Religion Communicators Council.
Donald Heckman, who goes by Bud, withdrew from West Ohio Conference membership June 10 under complaint, the conference announced. That means he surrendered his credentials as an ordained elder.

This development comes nearly six months after Heckman and conference leadership reached a resolution of an earlier complaint of sexual harassment, misconduct and abuse brought by four women. Neither the women nor their two advocates were involved in the settlement, which avoided a church trial.

Under the Dec. 23 resolution, Heckman agreed to retire under complaint and no longer represent himself as under appointment nor perform ministerial activities in the name of The United Methodist Church.

However, he retained his clergy credentials and could still use the title “the Rev.” in front of his name. At the time, the women who brought the accusations expressed frustration that he was still clergy and that they had no say in the church’s resolution.

The case marked the first such United Methodist complaint to become public since 2017, when the #MeToo movement started drawing greater attention to sexual misconduct.

Heckman — who has led multiple interfaith organizations — has not served as a church pastor for more than 20 years, though the West Ohio Conference had oversight of his ordained ministry.

Now, Heckman has submitted to the strongest penalty The United Methodist Church can level — loss of clergy status.

The United Methodist Commission on the Status and Role of Women provides information about the denomination’s complaint process.

Learn more
“I pray that this contributes meaningfully to closure and healing for all,” said Bishop Gregory V. Palmer, who leads the West Ohio Conference.

He told UM News that Heckman’s change in status came after he and the conference cabinet filed a new complaint in February. The new filing was “based upon our belief that Bud was not adhering to the Just Resolution of an earlier complaint,” the bishop said in an emailed statement.

The women and their advocates reacted both with some relief but also with disappointment in how church leadership handled their case.

“There is closure, but at the same time it feels like it was almost handled without us,” Emily Farthing said.

Farthing met Heckman as part of interfaith work, but she said he repeatedly sent her sexually explicit texts and at a conference walked into her room wearing his boxers. She said the fact that Heckman identified as clergy contributed to her letting her guard down.

She and the other three women, who include Heckman’s ex-wife, detailed their accusations to UM News last year after a United Methodist panel determined there was enough evidence to proceed to a church trial. Heckman already had faced charges of criminal harassment in 2012 in New York City and subsequently pleaded guilty to disorderly conduct.

Heckman’s agreement with the conference said he “publicly acknowledges in writing his personal regret” for sexual misconduct, harassment and not being celibate in singleness and faithful in marriage.

However, in a statement to UM News and other news media at the time of the December resolution, Heckman strongly denied the allegations in the four women’s complaints.

“Rev. Heckman acknowledged to the church not being ‘celibate in singleness,’ which is considered a violation of the United Methodist covenant in ministry,” he said in the statement, referring to himself in third person. “He agreed to acknowledge as much publicly and accepted a just resolution to the judicial process. He did not agree to harassing or harming any of the four women.”

Kevin Nelson, one of the women’s advocates, said at the time that Heckman’s denials “seem to be a violation” of the explicit acknowledgement of harm in his agreement with the conference. However, he added that it would be up to the conference to follow up.

Megan Anderson, one of the accusers, said she was glad the conference did that but she was still frustrated with the church process.

“They had the opportunity to include us, but they chose to go the easy route instead,” she said. “And as a community of faith that is supposed to be holding itself to a higher moral value, it’s disappointing.”

The Book of Discipline, the denomination’s policy book, calls church trials “an expedient of last resort” and urges a just resolution of complaints before they ever get to that point.

But in February 2019, the denomination’s top lawmaking body approved a new requirement that people who file complaints be involved in any agreement to resolve the case without a church trial. That change took effect on Jan. 1, after the resolution was complete.

After the agreement, more than 900 people signed letters urging the West Ohio Conference to reopen the complaint against Heckman. The letters, with signatures collected by the United Methodist Young Clergywomen Collective and a group of interfaith workers, denounced the conference’s settlement as unjust because the four women were not consulted.

The bishop and cabinet filed the second complaint in February, the same month they received the letters.

Anderson met Heckman at an interfaith event when he served on the advisory board of the publication where she worked. There, she said, he attempted to put his hands down her pants and afterward sent her sexually explicit texts.

“In the end, I feel like our voices were not enough,” Anderson said. “It shouldn’t have gotten to the point where he had to violate some agreement.”

Laura Heckman, the former pastor’s ex-wife, echoed that sentiment. She is relieved that her former husband is no longer a “Rev.” but regrets it has taken this long.

Nearly eight years ago, she presented the conference with public documentation of her then-husband’s 2012 arrest and subsequent court plea. She said she did not file a complaint then because she feared for her safety if she put her name on it.

Now, she said, she feels like the church’s complaint process promoted more silence than sunshine, more confusion than accountability.

“The sensation of being ignored in the process is really hurtful,” she said. “It’s actually harmful to women.”

K.R., who throughout this process has used only her initials in print for fear of reprisals, added: “Real change is still needed.”

Ask The UMC continues to answer questions, address misperceptions, and counter misinformation about The United Methodist Church and the process of disaffiliation from it.
Local Church

24th International AIDS Conference underscores the negative effect COVID-19 and monkeypox are having on efforts to curtail HIV.