Whatever the special General Conference decides in 2019 about the denomination’s future has implications far beyond United Methodist congregations.

To get a better sense of that impact, a group of U.S. bishops met privately in Dallas with leaders of United Methodist institutions including foundations, hospitals, colleges and seminaries. These institutions could see their work diminished and possibly their finances dwindle if the church splinters.

“As The United Methodist Church faces the possibility of deep changes, it is imperative to listen for the impact of such changes on our related institutions, and to learn from them as they have faced their own changes,” Dakotas-Minnesota Area Bishop Bruce R. Ough told the gathering, according to a press release. Ough is president of the Council of Bishops. The Texas Methodist Foundation of Austin, Texas, hosted the meeting.

Leaders heard an update and gave feedback on the work of the Commission on a Way Forward, which is advising the bishops on possible ways through the impasse around how the church ministers with LGBTQ individuals. The bishops will use the commission’s recommendations in drafting proposals to the special General Conference, which has the ultimate vote on the church’s direction.

It’s a passionate debate with some United Methodists already drawing battle lines. Nevertheless, the participants who spoke with United Methodist News Service about the March 15-16 meeting said they came away optimistic about the multinational denomination’s future.

“I’ve felt like the church I’ve loved for a lifetime and have served for a career is melting down before my eyes, and so I’ve been really depressed about it,” said James B. Argue Jr., president and chief executive officer of the United Methodist Foundation of Arkansas. “Surprisingly, I left with a sense of hope.”

Specifically, he said he found assurance in the quality of leadership among the bishops and others present in the room. “The leaders were so skilled at listening to the group and listening to competing viewpoints,” he said. 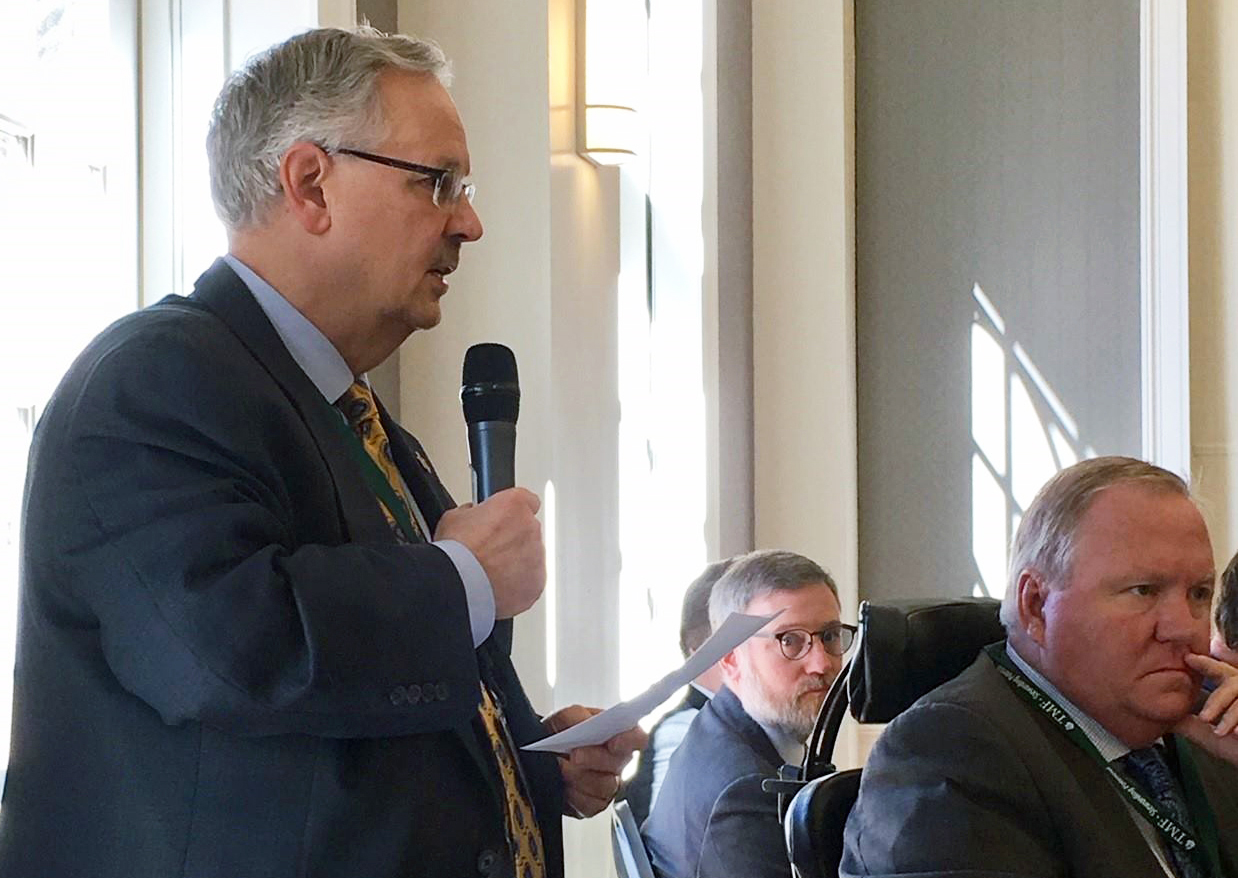 The Rev. David McAllister-Wilson, president of Wesley Theological Seminary in Washington, echoed that sense of hope. He leads one of the 13 United Methodist seminaries in the United States.

“It is evident the commission and the Council of Bishops are on the verge of a way forward and realize the status quo cannot be the answer,” he said. “My hope is, their resolve is reflective of the delegates.”

In group discussions, institutional leaders indicated that their organizations were already looking at how potential changes made by the special General Conference might affect their ministries.

“Things like funding streams and governance issues became much more clear as a result of these conversations,” said Bishop Scott J. Jones, who leads the Texas Conference.

For example, many of the institutions have board members who are elected by United Methodist annual or jurisdictional conferences.

The Arkansas foundation that Argue leads doesn’t have the same risk factors of some other organizations. However, Argue said, the foundation — which manages endowments and other long-term gifts to United Methodist ministry — is not set up to manage money or award grants to entities outside the United Methodist family.

Bishops are holding similar conversations as the one in Dallas within the conferences they lead as well as providing updates to professional associations, ethnic caucuses and leadership bodies around the denomination. The Council of Bishops encourages meetings with United Methodist institutional leaders on each continent where the denomination has a presence.

“Institutions that thrive must keep in mind what they perceive their interests will be in five, 10 or 20 years,” Park said. “These institutional leaders either must be doing that with a clear sense of mission and focus, or they are managing a dying institution. Our discernment and decisions need to be made with what kind of church we want to be and will be with 10 or 20 years in mind.”

McAllister-Wilson, whose book “A New Church and A New Seminary” is coming out in May, believes the time has come for the church to make decisions. His new book has a chapter titled “Call the question,” and he thinks that is exactly what church decision-makers must do. United Methodist seminaries, he said, already are producing a generation of new pastors eager to get on with the business of the church.

“We have reinvented ourselves before and we can do it again,” he said. “Methodism is, at heart, an experiment in grace. I hope we begin to once again demonstrate graciousness to the world. Any organization should have a long-term vision by beginning with the end in mind. We should have the end in mind God has and be about the work of making earth look more like heaven.”

Bishops have focused on two possibilities for how the church ministers with LGBTQ individuals, with a traditionalist plan waiting in the wings. Delegates share views on proposals so far.

Dallas meeting showed “leanings” but no favorite model for how to avoid denominational schism over homosexuality, leaders say.