In a quest to help Bishop Samuel J. Quire Jr. take the church “back to the soil,” the Gbarnga Mission Station is growing swamp rice that will enable the station to supply most area farmers with seed rice.

“Our initial plan is to engage in seed-rice multiplication as a way of combating food insecurity, which is threatening this part of Liberia,” said the Rev. James Labala, mission station director.

Labala indicated that since the pronouncement by the Liberian bishop, he and his staff have been testing seed rice to know which one would be good to serve the people. He said a variety of rice has been identified that will take three to four months to be ready for harvesting and eating.

He added, “As conference secretary, I will do all within my power to support the quest of the bishop in returning this church to the soil.” The mission station has already harvested some of its sample seed rice for onward multiplication. 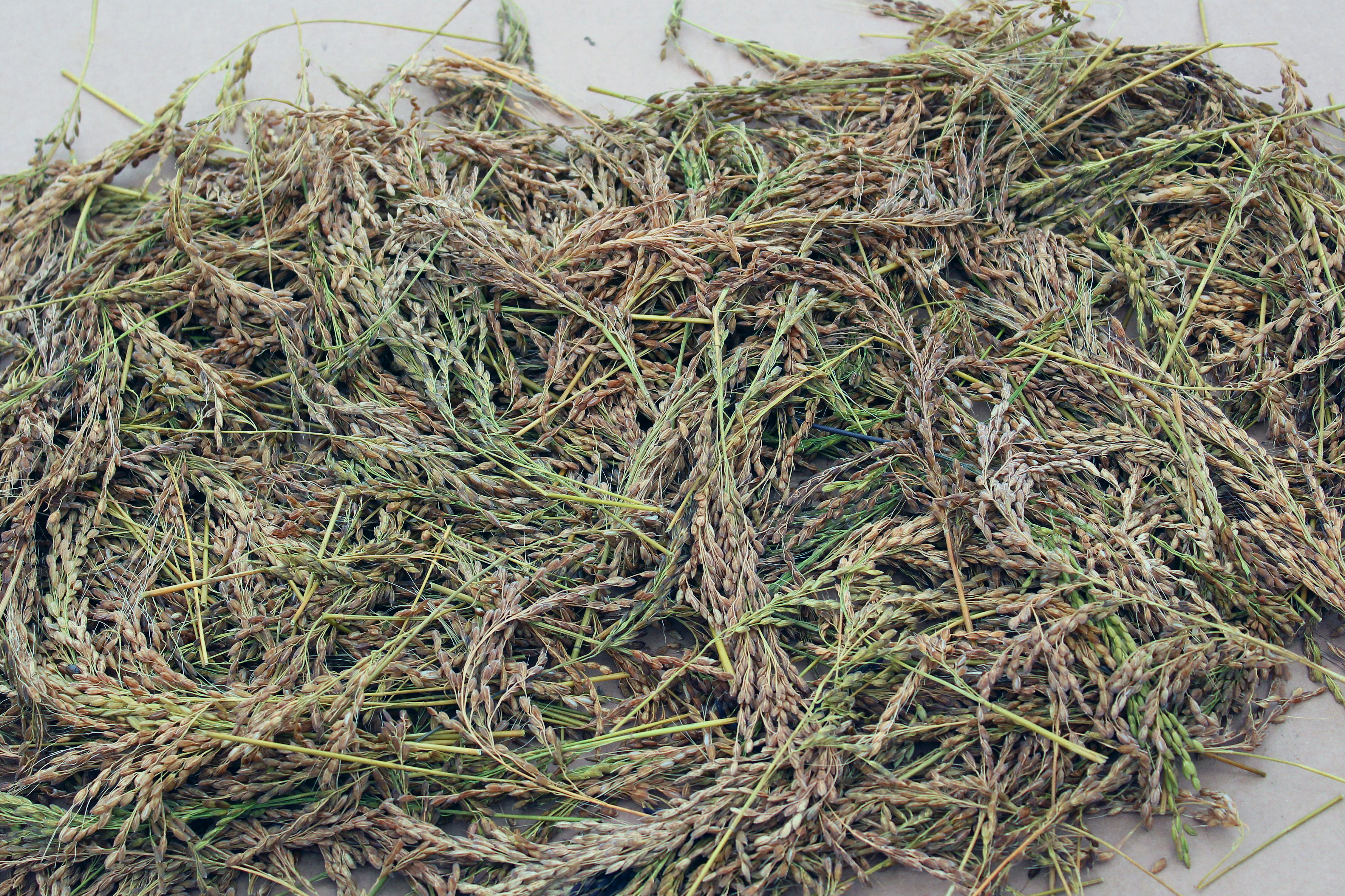 A sample of the rice harvested from the Gbarnga Mission Station swamp rice field in Liberia. Bishop Samuel J. Quire, Jr, who advocates taking the church “back to the soil,” believes agriculture is a key factor in facilitating sustainability in the church. Photo by Julu Swen, UMNS.

“If we can get help from our overseas partners, the swamp rice-seed multiplication will be an ideal way for The United Methodist Church in Liberia to contribute to the fight against food insecurity,” he said.

Labala’s statement confirmed the words of Gontorwon Neahn, one of the contractors of the project, who said support is needed for productivity.

For his part, Neahn said, working on the rice farm will be very easy once the mission station can fully pay for the services of the contractors. “We can grow more rice from the three months’ variety of rice if we are compensated well and given the right tools to work,” Neahn said. He pointed out that workers of the project can survive on at least $10 feeding money per day.

“The only problem we are having now is food to sustain us during working hours,” Neahn said.

At the February 2017 Liberian Annual Conference meeting, Quire indicated that agriculture was going to be the key factor in facilitating sustainability in the church. The Gbarnga Mission Station is positively responding to the bishop’s call.

“I’d like to see a church that is vibrant, spiritually awake, evangelistically functional and self-sustaining, especially in the area of agriculture,” Quire told United Methodist News Service in June 2017.

On Aug. 25, the United Methodist Rural Agricultural Development Project, the official agriculture ministry of the church in Liberia, launched an agriculture project with a budget exceeding $100,000 to include rice farming. “I want for every district and local church to own a farm before I retire from my episcopal leadership,” Quire said during the launch.

Though the Gbarnga Mission Station is not funded by the conference agriculture program or any partner, its action is in the right direction, observed one church official.

Although churches are closed, United Methodist pastors in Africa and the Philippines are reaching out to members with devotional guides for at-home worship and daily words of encouragement.
Local Church

Talented 10-year-old inspires others during pandemic

Young United Methodist leader Britney Sadete, who released her first album just days before Zimbabwe’s lockdown, connects with the isolated through her music.
Mission and Ministry

Church university in Angola to be used in COVID-19 fight

The United Methodist Church of Western Angola has turned over its Cacuaco campus of the Methodist University of Angola for use as a coronavirus testing and treatment center.