A piece of legislation at the 2016 General Conference is calling for The United Methodist Church to advocate for the improvement of health care in the United States.

The Rev. Susan Henry-Crowe wrote Petition 60469-CB-R3201 titled “Health Care for All in the United States," which outlines a plan for the church to work with U.S. government officials to improve health care coverage for all citizens, specifically including ethnic minorities.

There are three components to the legislation. It encourages United Methodists to live healthy lifestyles to prevent illness, the establishment of efficient health care providers and advocacy for an improved health care system.

The petition explains that despite an increase in the number of citizens with health care, there is still a disproportionate amount of minorities without coverage. It also notes current health epidemics among these minorities, including Native Americans. 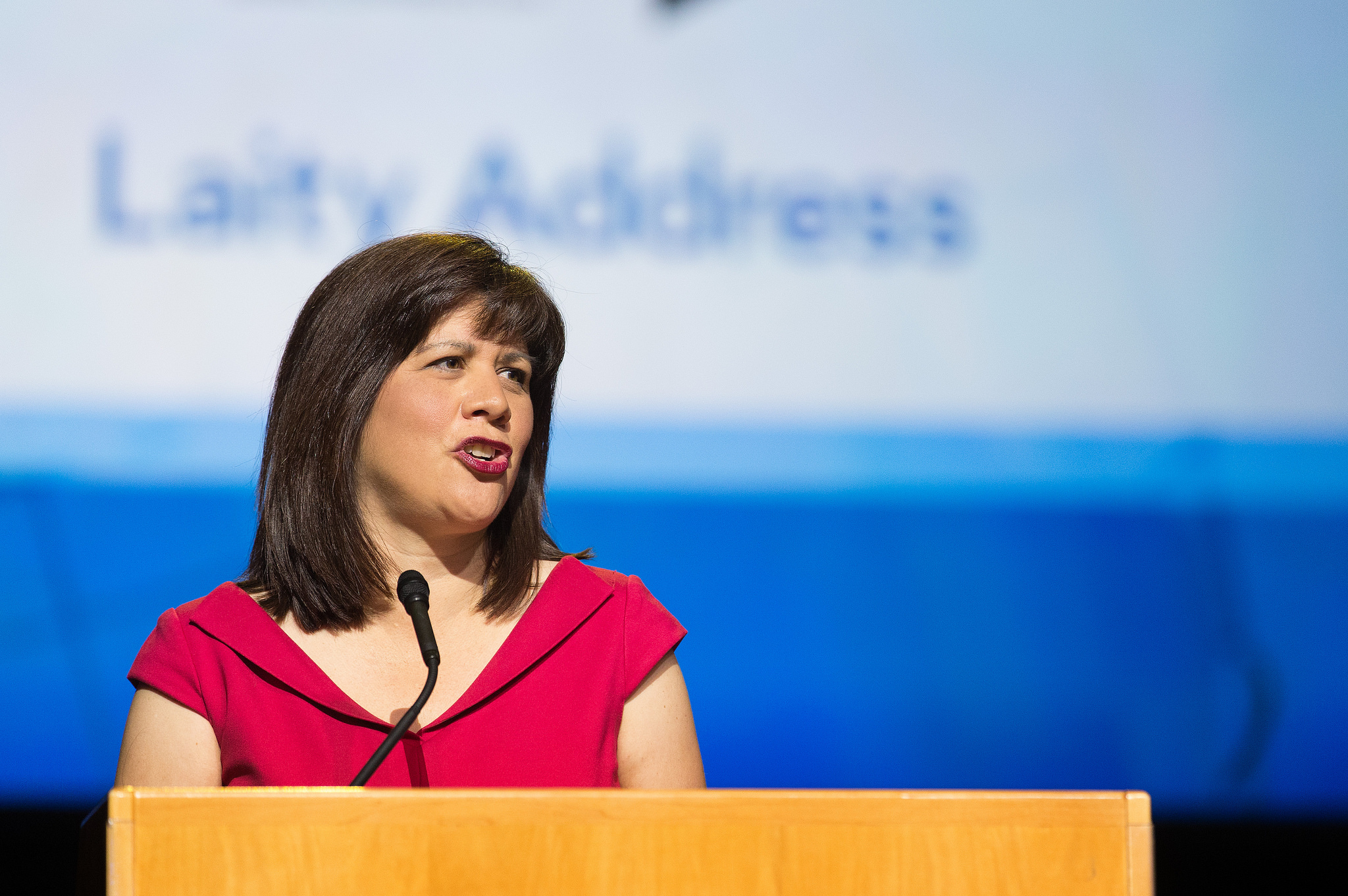 Courtney Fowler of the Great Plains Conference helps deliver the laity address on May 13 during the 2016 United Methodist General Conference in Portland, Ore. Photo by Mike DuBose, UMNS.

“Native Americans, besides suffering greatly from alcoholism, have a substantially higher diabetes and tuberculosis rate than average U.S. rates,” Henry-Crowe states in the petition.

Courtney Fowler, chairwoman of the Great Plains Conference delegation and a member of the Muscogee Creek Nation, hopes that this petition will result in better health care for Native Americans.

This petition was presented during the Thursday afternoon plenary session.

Opponents of the legislation voiced several concerns including the single-payer system outlined, unintended consequences of the extensive petition and the limited scope to the United States. But ultimately the petition was adopted.

“This resolution continues the historic commitment of The United Methodist Church to advocate for quality healthcare for all people,” Henry-Crowe said.

General Conference has previously determined that health care is a human right, said Tricia Bruckbauer, communications associate for the United Methodist Board of Church and Society.

“We have a deep commitment to health care for all people as a justice issue,” Bruckbauer said. “Specifically in the US, we are living in a context where many people are without health care.”

Wallace is staffing the Native American desk at General Conference 2016. Reach him through [email protected]