Bishop Judith Craig, the third woman elected as a United Methodist bishop, brought a robust sense of humor and eloquent, inspiring preaching style to her pioneering role. She died Jan. 18 at 81 in Columbus, Ohio.

Bishop Gregory V. Palmer, who leads the West Ohio Area, said Craig had the perfect combination of skill and humor.

“Bishop Craig was a faithful and gifted servant of Jesus Christ and the church. She was a visionary and courageous and a superb leadership mentor. She was always cognizant of and grateful for the moorings that are essential to be church. At the same time, she was keen in envisioning new futures. Many can envision what might be. Not all know how to lead strategically to get there,” he said.

Craig was the first woman bishop to be assigned to the West Michigan and Detroit Conferences, serving from 1984 to 1992. Iowa Area Bishop Laurie Haller was then a young pastor serving in her first appointment in the conference.

She said Craig dispelled her image of bishops as “stern, old men.”

“Bishop Craig was playful, joyful, eloquent and savvy. At the same time, as her sermons inspired us with theological depth as well as creativity, she did not take herself too seriously.”

Craig “was a good sport,” Haller said, when she baptized her two oldest children. “Let’s just say they were a handful.

“What I learned the most from Bishop Craig is that it is okay for me to be myself in ministry. I do not have to pretend to be someone I am not. In fact, it is precisely when we claim our unique selves, quirks and all, that we can inspire others to do the same and move on to perfection together in grace, hope and love,” Haller added.

Craig was the first woman invited by the Council of Bishops to address the denomination’s top lawmaking body. She gave the episcopal message at the 1996 General Conference.

A New York Times article quoted from her opening address.

“She called on Methodists to be ‘a holy community that embraces sexuality as a good gift of creation,’ but not to define sexuality ‘in ways that exclude persons from full participation in the life of the church.’ ” 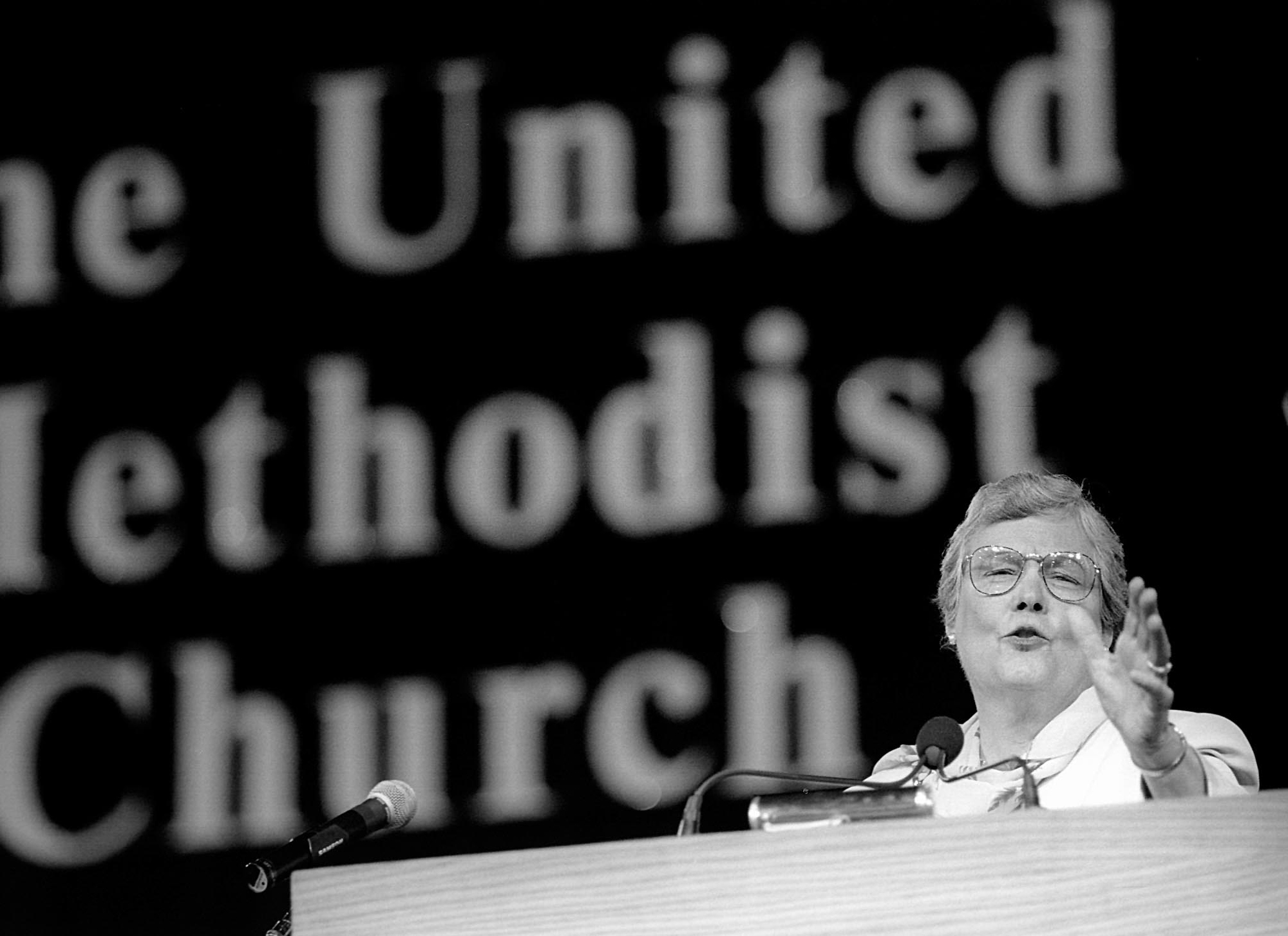 Bishop Judith Craig delivers the Episcopal Address at the 1996 United Methodist General Conference in Denver. Craig was the first woman invited by the Council of Bishops to give the address. File photo by Mike DuBose, UMNS.
Retired Bishop Sharon Zimmerman Rader said Craig encouraged lay and clergywomen “to live fully into God's claim on their lives.”

“She challenged the church to commit to full inclusion and acceptance of the LGBTQ community. She was my friend, my bishop, my mentor, my colleague, my sister in Christ. I give thanks for her life and companionship on the journey,” said Rader.

Rader added that Craig “gifted the church with her robust humor, her keen mind and preaching, and her ability to cry with those who were overwhelmed, hurt or mourning. She was strong and tender, bold and humble, a teacher and learner … And always she was a faithful disciple of Jesus Christ.”

“Bishop Craig demonstrated through her courageous, undaunted faith a life lived with gusto, fearlessly stepping out on all the known and yet-to-be-imagined promise God infuses into and wraps around the whole of the created order,” Christopher said.

“Born in an era in which authentic personhood in women requires an unflinching contradiction by women of cultural assumptions and behavior, Bishop Judith Craig embodied in word, deed and presence the full inclusivity already active but often hidden in the human family,” she said.

Susan Laurie, a longtime activist for LGBTQ equality in the church, said Craig “tried to create some breathing room for queer people.”

“She spoke at the Kairos CoMotion event in 2002 and encouraged radical inclusion. When she gave me a tour of her beloved MTSO (Methodist Theological School of Ohio) she was eloquent about God’s love for us all, and down-home enough to be wearing a flannel shirt. She let me up on her shoulders to see farther than I had imagined. She invited others as well,” she said.

In retirement, Craig became the bishop in residence and visiting professor of leadership at Methodist Theological School of Ohio. The Bishop Judith Craig Scholarship Endowment was named in her honor.

“Bishop Judith Craig has served on our faculty for 15 years. No one more clearly exemplifies who we are and what we are about. Her teaching has impacted countless students. She is a pastor to us all,” said MTSO President Jay Rundell, at the announcement of the scholarship.

In 2000, the Bishop Judith Craig Children’s Village was established in Liberia to provide care for children left orphaned by civil war. 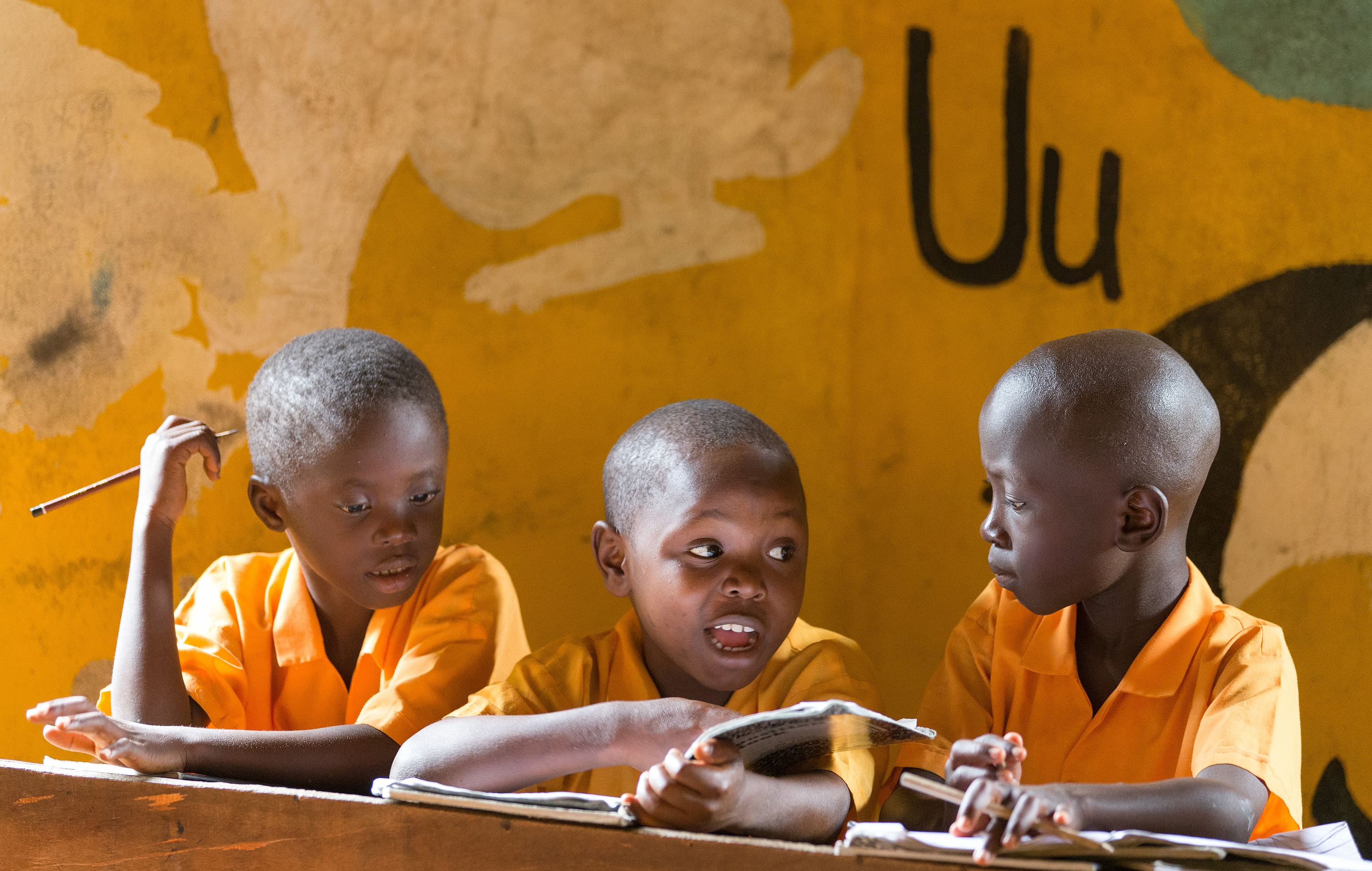 Students work together on spelling words at the Bishop Judith Craig Children's Village in Duahzon, Liberia, in 2017. The facility was established in 2000 to provide care for children left orphaned by Liberia’s civil war. File photo by Mike DuBose, UMNS.

“The home is helping lots of Liberian children in terms of education and other empowering activities,” said the Rev. Robert Sieh, director of the village. Sieh said when he met Craig in 2017, she told him she regretted not making Liberia a part of her episcopal journey.

Mason Chukpue, assistant business manager of the village, was one of the first graduates from the Children’s Village. “I am proud to be associated with this village because it helped to make me who I am today,” he said.

“I am giving back to the village what it has given me through the contributions of Bishop Craig and all those who contributed to the construction of the village. If I could speak to Bishop Craig, I would tell her how grateful I am to her for making my life meaningful to the Liberian society.”

Palmer said Craig was a multitalented servant of Jesus Christ and the church.

“She was a provocative and passionate preacher. She painted word pictures of the church living fully in the reign of God. As a presider, she had the perfect combination of skill and humor,” he said.

Ordained deacon and elder by Bishop Francis E. Kearns, Craig became a member of the East Ohio Conference. From 1972 to 1976 she served Epworth-Euclid United Methodist Church in Cleveland, first as minister of religious education and then as associate minister. The next four years she was pastor of Pleasant Hills United Methodist Church. In 1980, Craig was appointed as director of the East Ohio Conference Council on Ministries.

She was a delegate to the 1980 and 1984 General Conferences, and in 1980 served as secretary of the Legislative Committee on Higher Education and Ministry.

The North Central Jurisdictional Conference elected Judith Craig to the episcopacy in 1984. She was assigned to the Michigan Area from 1984-1992, and then moved to the Ohio West Area, where she served until her retirement in 2000.

During her episcopacy, Craig served on the United Methodist Commission on the Status and Role of Women (1984-1988); the General Council on Ministries (1988-92) and the General Board of Publication.

She authored a chapter, “A Bishop’s Letter to Her Goddaughter,” in a collection called “Confessing Conscience: Churched Women on Abortion,” published by Abingdon.

In 2004, Craig wrote “The Leading Women: Stories of the First Women Bishops of The United Methodist Church.”

Craig was preceded in death by her parents, Raymond Luther and Edna Forsha Craig, and her brothers and sisters, Mary Elizabeth Anderson, Raymond (Corky) Craig, Jeanette Aikin and Joseph Craig.

The memorial service celebrating Craig’s life will be held on Feb. 2 at 2:00 p.m. at Broad Street United Methodist Church, 501 E Broad St, Columbus, Ohio. The service is expected to be available via live stream on the West Ohio Conference website.

Gilbert is a multimedia reporter for United Methodist News Service. Kay Panovec is director of communications for the West Ohio Conference. Contact Gilbert at 615-742-5470 or [email protected]. To read more United Methodist news, subscribe to the free Daily or Weekly Digests.

As the U.S. coronavirus death count mounts and the economy suffers, United Methodists bishops, pastors and chaplains keep reminding the faithful that God is with us.
Social Concerns

Video series helps guide talk among those who disagree

A new video series from the United Methodist Commission on Religion and Race offers a study program for talking about race, the church and human sexuality among people who disagree.