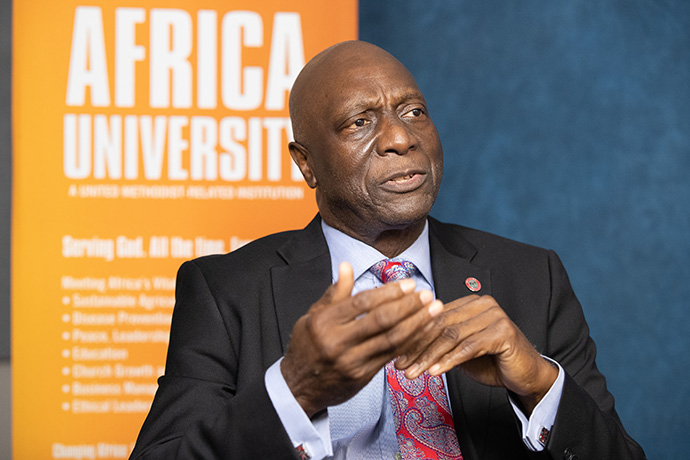 James Salley, known by some as “Mr. Africa University,” has been with the United Methodist institution in Zimbabwe since it was in the embryonic stage.

In its nearly 30-year history, AU has produced leaders in government, religion and business. Its alumni include United Methodist Bishop Mande Muyombo of Congo; Mercy Kafotokoza, executive director of Wandikweza, which works to improve access to quality health care in rural areas of Malawi; and Lillian Achom, an information technology entrepreneur who mentors young women in Uganda.

Salley, 70, met with United Methodist News at the Nashville, Tenn., offices of Africa University (Tennessee) Inc., to speak about the past, present and future of AU. A lifetime United Methodist born in Orangeburg, South Carolina, Salley pursued a successful career in broadcasting before shifting his focus to education. He’s also been active in church leadership, serving as a General Conference delegate since 1988 and on the board of United Methodist Global Ministries from 1987 to 1991. 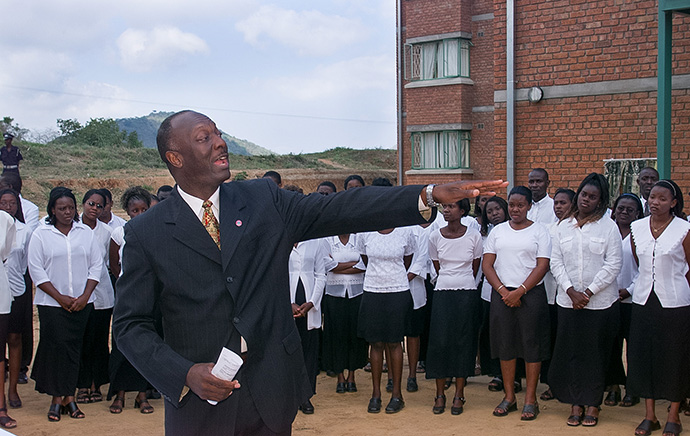 James Salley leads a service of dedication for the South Indiana Hall of Residence at Africa University in Mutare, Zimbabwe, during the school’s 10th anniversary celebration in 2002. File photo by Mike DuBose, UM News.

The interview has been edited for length and clarity.

You were involved with Africa University in its formative stages, when it was no more than an idea. What has that ride been like?

It's been very rewarding for me to see an institution grow from an empty field with students — 40 originally — with a staff of seven full time along with a number of consultants. There are now more than 10,000 graduates with 3,000 enrolled. The staff is now 360 people. … We’re getting ready to put into the bank enough money in 2022 to build a new female dormitory. By the end of the year, we'll put another $1.5 million into the capital project and build that with no debt.

To actually help shape and produce good, solid citizens for Africa and the world, that’s been the reward I get. Some of these people, folks said would never make it, but all they needed was just a chance.

You’ve had terrific success getting local churches and annual conferences to support a university thousands of miles away on another continent. How did you manage that?

I truly believe that if it wasn't a calling from God, we would not be as successful as we are in this work. I remember the late Bishop F. Herbert Skeete, who served on the board of Africa University, convened a meeting when I was first setting up the development office. There were four (fundraisers) there from some of the premier institutions of The United Methodist Church. I won't say what they were, but we were all in the meeting. The first thing they told me was, “Don't waste your time going to local churches and annual conferences. You'll never be successful doing that work.” Well, that's the foundation of our work.

Now, we have more than 30,000 individuals, local churches and annual conferences in our database. And that's no accident. It just doesn't happen. It had to be God's work. 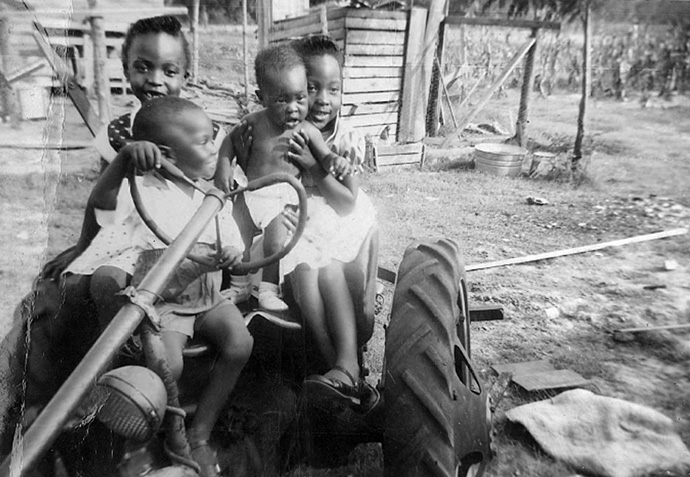 James Salley sits in the driver seat of a tractor as a child in 1957 surrounded by three of his sisters. Salley, who grew up on his family’s farm in Allendale County, S.C., established a scholarship at Africa University in honor of his hardworking parents, Marie and James Salley. Photo courtesy of James Salley.

Is it true that your new title of president and chief executive officer is more a reflection of what you’ve already been doing rather than conferring new responsibilities on you?

It's actually what I've been doing since setting up the development office. … . I am a senior cabinet member of the university. I'm the longest-serving person employed at the university now, since 1992. September of 2022 will be 30 years. I have an office on the university campus. During a non-pandemic time, I will make a minimum of six trips a year to the university and sometimes seven to eight, depending on whether or not we have donors or persons from local churches who want to visit.

Culturally, is it an issue getting African women to come to college?

Yes. Our ratio of male to females this semester in Africa University is 58% female. The average ratio of males to female on the traditional college or university is about 30% female. So it's an intentional effort of the administration and the board of directors to help educate females, because they assume responsibility for educating the rest of the family and the rest of the city or village and they help provide education to the children and others. 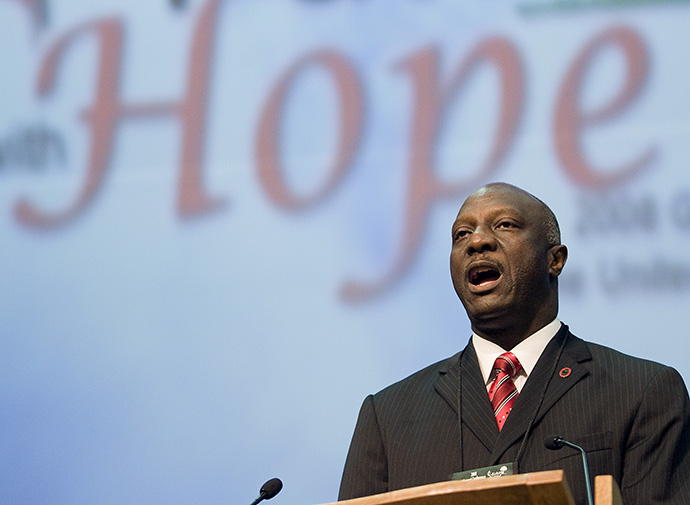 How does your curriculum reflect your location in Africa?

We did not want to build a duplicate of a European-American university in Africa. … These are programs uniquely designed and implemented for Africans. Our Institute of Peace, Leadership and Governance provides degrees in conflict management, resolution, peace and governance — the kind of things that address the hot spots all over the continent. We are also the center for malaria studies in Zimbabwe. … In the area of agriculture, we do research with particular kinds of crops that are resistant and grow well during the drought seasons. So, yes, we look at the problems of the continent and try to find solutions.

What do you see as the major challenges going forward?

Sadly, some of the things that persons in the U.S., Europe and other places take for granted are still rampant (in Africa): malaria, tuberculosis, food security. There’s also climate change and environmental challenges. Also, providing enough support for persons who are first-generation higher education people. The majority of our students are still first generation, first one from the family to go to college or university. So, the challenge is to find persons who are competent in teaching these first-generation persons that we are turning out.

Another challenge is going to be remaining the kind of institution that wants to recruit some of those people who can pay for their education, but always be an institution that will provide assistance and help for those persons who would not have a ghost of a chance at getting a higher education otherwise.

Can you tell me about your vision of where AU is headed?

We want to be a premier, world-class, innovative university that's United Methodist-related unashamedly. Africa University is going to live and survive. We will continue to build academically with enrollment and our endowment and move to sustainability. You never get finished building a university.