• The longtime leader of United Methodist Men, Gil Hanke, is preparing for retirement.

• He’s also put an emphasis on Scouting, addressing domestic violence and careful budgeting as the denomination prepares for possible separation.

This week, and every week, thousands of United Methodist men will reflect online and out loud on how well they are living out their faith.

This ongoing communication with their peers will continue long after Gilbert C. Hanke retires as chief executive of United Methodist Men.

An early adopter of Zoom, Hanke established the Wesley Class Meeting as a weekly online gathering for faithful men before the coronavirus pandemic resulted in use of the virtual meeting platform to skyrocket. The concept came from the book “The Class Meeting: Reclaiming a Forgotten (and Essential) Small Group Experience” by the Rev. Kevin M. Watson.

“We were doing virtual meetings before we had to do virtual meetings,” said Hanke during an interview in his modest office on Nashville’s Music Row. “It’s one of the most transformational things that we’ve done since I’ve been here.” 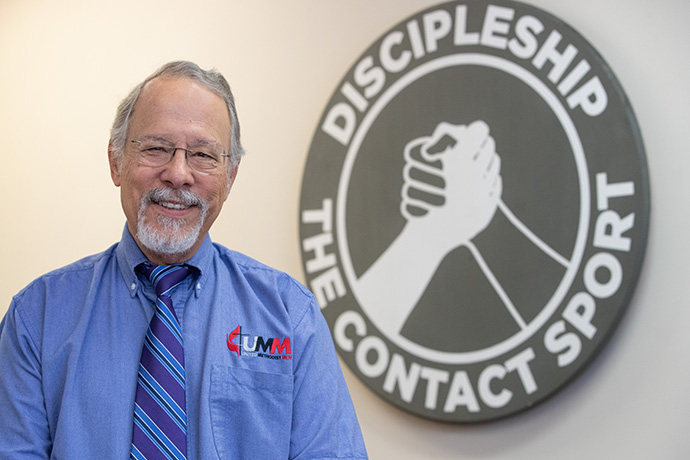 Gilbert C. Hanke’s accomplishments as leader of United Methodist Men include gathering thousands of men who participate in regular virtual meetings, a domestic violence curriculum and an emphasis on Scouting. Photo by Mike DuBose, UM News.

The meetings are structured around questions John Wesley used to ask of early Methodists.

“The intent is to help with the reclaiming of Wesley class meetings as a primary disciple-developing and growing tool,” said Steve Nailor, president of the United Methodist Men Foundation. “These groups are transformational for our growth in Christ, challenging our lives and strengthening our own personal studies for each one of us.”

Dan Ramsey — former president of the National Association of Conference Presidents, an affiliate of United Methodist Men — was in the first Class Meeting group with Hanke and Nailor. The group continues to meet.

“It’s hard to get men to confide in one another,” Ramsey said. “I was a policeman (for) 30 years here in Houston. I’ve seen quite a bit, but it’s hard to talk about a lot of things. He crossed that bridge to where men can talk to each other and hold each other accountable.”

The meetings “bring men closer to God and closer to each other,” Ramsey said.

Hanke, whose sonorous voice indicates his past career as a certified and licensed speech-language pathologist, must vacate his United Methodist Men position by next year because he’s approaching the 12-year term limit. He is staying on to assist with the search for his successor. He will leave after that matter is settled. 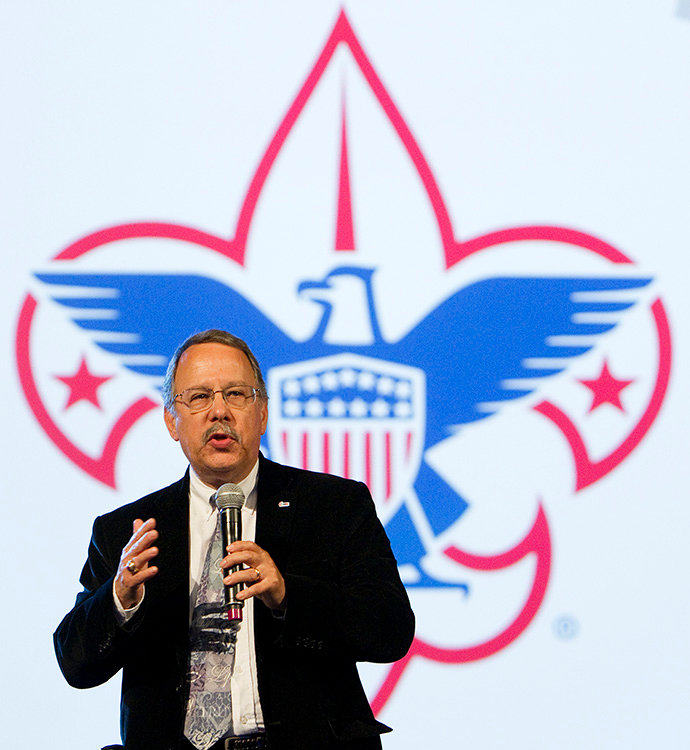 Ramsey said Hanke “is a man of deep faith and integrity, very caring, a workaholic” and “a calm spirit.”

Hanke, who turns 71 in July, says he is ready to retire.

“I’d like to enjoy retirement with as little stress as possible,” he said. “This stress has taken a toll on me.”

He and wife Sher plan to stay in Nashville, where they are members of Antioch United Methodist Church.

They will continue visiting national parks, with Zion National Park in Utah high on their to-do list. He is also a dedicated reader, especially of books about faith. He particularly enjoyed “The Soul Reset” by the Rev. Junius B. Dotson, a friend and top executive of United Methodist Discipleship Ministries before his death earlier this year.

His next read will be a history of Arlington Cemetery in Virginia, which is near where he grew up in Washington. His father was a mechanical engineer for the U.S. Navy.

He plans to revive his speech-language pathologist career as a fill-in or volunteer. He’ll also continue his missionary work, especially in Haiti.

“I believe Gil will adapt quite nicely (to retirement),” said his friend the Rev. Ross Pryor, pastor of First United Methodist Church of Aliquippa in western Pennsylvania. “I know he enjoys bike rides on his motorcycle and kayaking whenever he gets the chance. Plus, he will get plenty of opportunities to visit his granddaughter, ‘who is perfect in every way.’”

Nailor said he hopes Hanke takes a few months to rest before he inevitably finds new projects to occupy him.

“I do believe Gil will always be in ministry somehow,” he said. “He cares too much not to be.”

Other accomplishments during Hanke’s tenure include strengthening United Methodist participation in Scouting during a critical era in Boy Scouts of America history, developing a curriculum to address domestic violence and working to shore up United Methodist Men’s finances in light of the possible separation of the denomination next year.

His successor should be a good fundraiser because of the latter issue, Hanke said.

“We raise about 80% of our budget ourselves, which is unique,” Hanke said. “We need somebody who is really good at that, who does fundraising.”

At United Methodist Men, Hanke has been part of the effort to redefine “manliness,” which too often in popular culture is portrayed as violent avengers of those who have wronged them.

“A man is not someone who can bully someone, who can hurt someone, either physically or psychologically,” Hanke said. “A man is somebody who devotes his life to his spouse and takes care of her and protects her and is on an equal journey together.”

Rukudzo J. Murapa is being remembered for his vision, networking and leadership, including helping to establish the United Methodist university’s Institute of Peace, Leadership and Governance.