One of my students raised some important thoughts concerning the oldest festival day on the Christian calendar. Coming in third place behind Christmas and Easter, Pentecost doesn’t benefit from a mascot like Santa Claus or the Easter Bunny to forecast its arrival. And on the occasions where Pentecost is acknowledged, this dramatic chapter in the story of God is too often reduced to a bite-sized slogan that fits our navel-gazing tendencies. 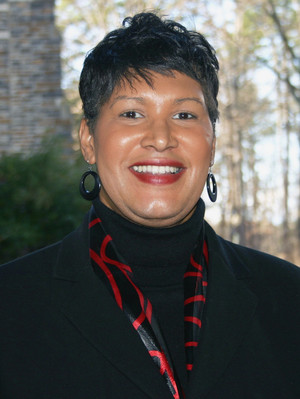 “After all,” writes Dan Stringer, “if Christmas is about the birth of my personal Lord and Savior, and Easter is about the acquisition of my personal salvation, then Pentecost, quite naturally, is about the anniversary of my personal religious country club, the spiritual affiliation that supplies me with my personal sense of belonging and purpose.” Having made ourselves comfortable in an American religion, we forget that Pentecost was around long before the early church.

For God’s scattered people gathering in Jerusalem during the life of Jesus, Pentecost was a major festival. Known as the annual Feast of Weeks, it was seven weeks (or 50 days) after the Number One festival marking when they were set free, the Passover festival. So when the first-century Jews and followers of Jesus gathered for Pentecost, it was to celebrate the giving of the Torah, shall we say, their Book of Discipline. They read the Ten Commandments as tweets pointing to all the divine and moral instructions that comprise the teachings to which Jesus pointed. (yes, I write as a post-Pentecost follower of Christ). From the opening account of humanity being created as transcripts of the Trinity, Jewish belief is that God's image is not physical but moral. Neither male nor female, European or Egyptian, God is the one who keeps believing we will, one day, demonstrate a humanity that reflects divine holiness.

So when the people gathered for the first time after the Ascension of Jesus (another lost episode), they get more than they bargained for. While commemorating God’s presence and power in the past, they experience God’s presence and power in the present. And the spirit of God was so obvious, so inspiring, they began to speak of the marvelous things God had done in a way that was comprehended across cultural and ethnic and linguistic differences.

From brokenness to unity

When United Methodists gather every four years, we almost look like it could be a global gathering where God shows up. But we don’t tell these kinds of stories anymore. It seems our gathering is more to prove we are the finger of God giving the commandments on Mount Sinai rather than to rehearse how, after instigating their departure from a system of economic instability and foreign policies that perpetuated their poverty and oppression, God journeys across the desert with undocumented pilgrims in search of a land to call their own. Our gatherings affirm neither the receiving of the laws that distinguished our community among others nor the transforming activity of God that reconciled a broken community into a unified voice that claimed Jesus as Lord while standing in Caesar’s backyard.

This is not only a United Methodist problem. And only the intrusion of the Holy Spirit will cause us to stop producing new rules and begin practicing the ones we already have received. Practices that turn the other cheek because Jesus taught us to forgive our enemies. Practices that turn weapons into weed whackers because only those without sin can strike the first blow. Practices that defend the cause of the fatherless and the widow, and refuse to mistreat the stranger because we remember when we were strangers in the land. Practices that refuse to demonstrate our power and privilege by conquering and destroying the memories, resources and identity of the present occupants we find ill-informed and primitive. Practices that respect the past and its people knowing it is their faith we have been entrusted to pass on to the next generation.

These are the practices of the first-century church who – despite their heritage as both conquerors and captives, wandering seekers and warring soldiers – became, after Pentecost, a spirit-filled glimpse of a community where persons from every nation, every language and every community offer, in a language understandable to all, a unified witness to the presence and power of the God who raised Jesus from the dead.

Pentecost might slip past us another year, but God isn’t done showing up among the people. But when God does meet with us, will we be willing to end our navel-gazing long enough to declare to everyone the powerful deeds of God?

Rev. Moore serves as assistant professor of preaching at Fuller Theological Seminary, Pasadena, California, and academic liaison to the William E Pannell Center for African American Church Studies. She is an ordained elder in the West Michigan Conference.

The church would risk further marginalizing shut-ins and others by denying them a physical experience of the Body of Christ.
Bishops

United Methodist bishops declined General Conference delegates’ calls for episcopal elections this year but opened the door to a vote on new leaders in 2022.
Social Concerns