United Methodists Julian Kim and Peter Lee didn’t see their lives represented in Hollywood films, so they did it themselves.

“Happy Cleaners,” an independent film set in the diverse Flushing neighborhood in Queens, New York, is about a Korean American family that owns a struggling dry-cleaning business. It is available to stream on Apple TV, Amazon, iTunes, Google Play and YouTube.

“I think when you see images of Korean Americans depicted on screen, they’re always the kind of side character … and definitely stereotyped,” Kim said. “Sometimes it’s a model minority, a very kind of silent (person) who works hard and achieves big dreams.”

In addition, Asian Americans have faced attacks recently because some mistakenly blame them for the spread of the coronavirus.

These assumptions aren’t the reality, the filmmakers said.

“We’re struggling working-class Americans like many of you out there,” Lee said. “So, let’s just connect on that level. I hope that we’re able to share that a little bit (in ‘Happy Cleaners’).”

The film is a low-key slice of life story about the Choi family, who are struggling to keep their business afloat against challenges including a new condescending landlord, rude and threatening customers and some family dissension. Daughter Hyunny, played by Yeena Sung, works as a nurse at a hospital and helps the family financially. Son Kevin, played by Yun Jeong, is a talented cook who dreams of moving to Los Angeles for a fresh start as part of the food truck scene there. 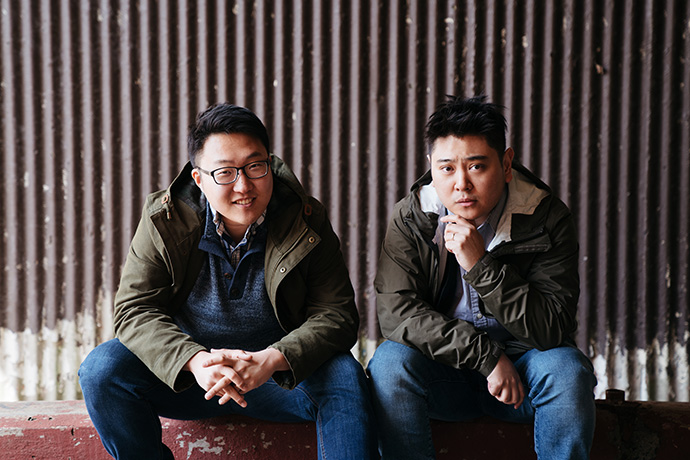 The film could be an advertisement for Korean cuisine: The food is photographed beautifully.

“Food is a way of saying, ‘I love you,’” Lee said. “Love is expressed through sharing the meals, so that’s exactly how the role of food in the film is depicted.”

The matriarch of the Choi family, played by Hyanghwa Lim, has strident opinions on the careers and love lives of her two children. She is probably the favorite character for Asian Americans, Lee said.

“Every time Mom comes up, everybody is laughing because I think there are things that seem like their own mother,” he said.

“They all know she means well.”

The movie features no physical violence, although some of the treatment the family endures from aggressive customers at their business is cringe-inducing.

“For Korean-Asian-immigrant Americans, it is an authentic story of our community that does not really exist in the mainstream media, where we are usually caricatured, stereotyped and often denigrated as one-dimensional characters,” said HJ Lee, a producer of the film and founder of KoreanAmericanStory.org, which helped finance “Happy Cleaners.” HJ Lee attends HA:N United Methodist Church in Manhattan, which is also the home church of Peter Lee.

“As a Christian, I am proud of the aspirational themes of repentance, forgiveness and reconciliation embedded in this film,” HJ Lee said. 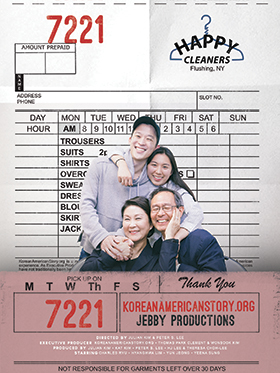 Although The United Methodist Church is not mentioned in the film, members of the denomination were instrumental in getting it made.

The Flushing church served as the base of productions during the 21-day shoot and was used as a setting in the film.

“I’ve been very active in church since I was, like, 14,” Kim said. “There’s a lot of immigrant families (in Flushing), and financially they’re kind of strained, and with that comes not a completely happy family environment.”

His parents preferred him to be at church instead of “wandering around the streets” as they worked long hours.

“That’s where I kind of became really involved because I loved the community there,” Kim said.

The role of religion and the church in “Happy Cleaners” is subtle, Ryu said.

“It’s in the background,” he said. “You see them praying before meals. They talk about church, and when they need help, they get help from a fellow member of the same congregation.”

In addition to the funding from KoreanAmericanStory.org, the project benefited from two fundraising galas and a Kickstarter campaign, Kim said.

“Koreans from around the nation kind of chipped in,” he said. “A lot of people just chipped in a dollar here, $10 there. … So we did the best with what we had.”

The film is ultimately about “family love,” Peter Lee said. “Unfortunately, today we live in a world where divisiveness is still present, and so we want to share a story about taking moments to appreciate the loved ones around you and make efforts to communicate and understand each other. … Find redemption maybe, survive together and hopefully thrive together. And celebrate life.”

The typhoon that hit more than 1,000 miles of Alaska coastline in late September didn’t just damage buildings but disrupted generational ways of living for years to come. The fish camps that provide people sustenance are mostly gone.
General Church

In a season of discussion and action about local church disaffiliation, coalitions such as Stay UMC and Celebrate UMC are challenging what they see as misinformation and making a case for remaining in The United Methodist Church.