Forty years ago, next to a Kansas wheat field, a group of United Methodists founded a rural church that today is a thriving suburban congregation.

Four-lane roads have replaced the sand roads that once led to Aldersgate United Methodist Church, and the congregation of 1,100 is an active presence in west Wichita.

Amid the swirl of talk around the denomination about theological divides, disagreements about homosexuality and the possibility of schism, the church is charting a middle course, led by its senior pastor, the Rev. Gary Brooks. For Brooks, it is all about sharing the love of Jesus Christ.

Aldersgate has members who are conservative, progressive, Democrat, Republican. “I need to be pastor to all of them,” he said.

The church is named for the street in London where Methodism founder John Wesley attended a service on May 24, 1738, and felt his heart strangely warmed. In that moment, Wesley felt that Christ had died for him. In the same way, Brooks wants people attending Aldersgate to have an encounter with God.

He believes people can learn from each other — despite different views of Scripture. Brooks focuses on providing opportunities for conversation and interaction through mission, study and prayer.

People get to know one another by sharing their stories, he said. “Reaching out to both sides is not only the crucifix posture but also a way to encourage people to stay at the table.”

The challenge is when people close themselves off from considering the viewpoints of others.

About a dozen to 20 people at Aldersgate, the pastor estimates, are experiencing angst about the denominational tension around LGBTQ-related issues.

They see other congregations and annual conferences defying the Book of Discipline, which prohibits the ordination of self-avowed practicing gays and bans same-gender marriages in United Methodist sanctuaries. The Discipline also affirms all people as persons of sacred worth and in need of ministry.

Retired business owner Chuck Brodie helped launch Aldersgate in 1976, and he has served as a leader and Sunday school teacher over the years. Congregations shouldn’t be allowed to violate the Book of Discipline and remain United Methodists in good standing, he said.

His concerns came to a head on a Monday night in June, at a meeting with other church members who gather to watch Christian DVDs and have discussion. The conversation turned to concerns about annual conferences declaring that they would not abide by the Book of Discipline concerning LGBTQ issues.

“Our meeting immediately exploded into outrage,” Brodie said. “I tried to tamp down fears and express my disappointment. But it got really bad.”

Several people said their families were considering leaving the denomination or were already looking at other churches. Brodie described these as “tall-timber families” — people who had been involved in the church for many years. “This was a gut punch to me,” he said.

He reached out to Bishop Scott Jones, who oversaw the Great Plains Conference at the time. On June 28, the bishop met with about 60 members of the church. “A great exchange of information took place,” Brodie said.

The group included both progressive and conservatives in what Brooks described as a civil, friendly conversation. The bishop told the group that people on all sides of the issue are working diligently for the unity.

Brooks said later that if General Conference changes the Book of Discipline, Aldersgate could lose members. “I don’t know what changes in the denomination will do to this congregation, but I know this congregation is committed to being the presence of Christ in the world, and we’ll see what happens,” he said.

A special General Conference has been proposed in 2019 to consider the work of the Way Forward Commission, which has been appointed to look at the church’s teachings on homosexuality and issues of church unity.

Nine people left Aldersgate earlier in the year, some because of the “storm they see happening” in the denomination, the pastor said. However, two returned later, and the concern has quietened down since June, he said. Since the first of the year, 121 people have joined the church, a third of them by profession of faith.

Last year, the church collaborated with another congregation to hold a forum on sexuality-related issues over three Sundays. A United Methodist Perkins School of Theology faculty member shared the traditionalist view, a young gay author spoke during the second session, and the final session consisted of roundtable discussions. Aldersgate followed the series with a fourth Sunday of conversations just among its members.

The church also provided a steady flow of information to its members in advance of General Conference — a pre-conference briefing drew 45 people — and annual and jurisdictional conferences.

Many in the congregation became upset when they learned that the Great Plains Conference in 2015 voted to send a petition to General Conference to allow gay marriage and “self-avowed practicing” gay clergy. Cary Glasse, a member of the lay leadership team, said some church members felt blindsided, but others supported it.

That’s OK, in his opinion. The congregation’s diversity sparks conversation and opportunities for addressing concerns, he said. “We can all worship together under the same roof and love each other and love God and do good work.“

Aldersgate’s members are diverse with wide-ranging opinions on almost any issue, but they are open to others having different opinions, said Dick Bradford, who was a charter member with his wife Susan in 1976 and is a former chair of the administrative council.

Bradford said most members are “fairly moderate” and homosexuality is not a divisive issue. He said he probably leans “a little more on the liberal side” but is OK living with what the church decides.

Kay Hole, her husband Les and their two daughters are founding members of Aldersgate. Four generations of her family attend Aldersgate.

When people come to the church, they are not asked about their political preferences, marital status, sexual orientation or whether they “tote a gun,” she said. They are asked about their interests, and whether they would like to attend a Sunday school class, participate in the annual Love Wichita project to fix up houses and schools, or work at The Lord’s Diner, a Catholic organization that feeds the homeless.

The focus is on working together to solve problems, she said.

Outreach is important at Aldersgate, and Hole cited the congregation’s work in assembling more than 250 flood buckets for people in Kansas and Louisiana. The church also has done international work in Malawi, Haiti and the Bahamas.

Hole is president of the church’s United Methodist Women unit, whose 25 or so members do a wide range of projects. Those include assembling gift bags for caregivers, holding a potato bake fundraiser around St. Patrick’s Day and supplying books to the library. 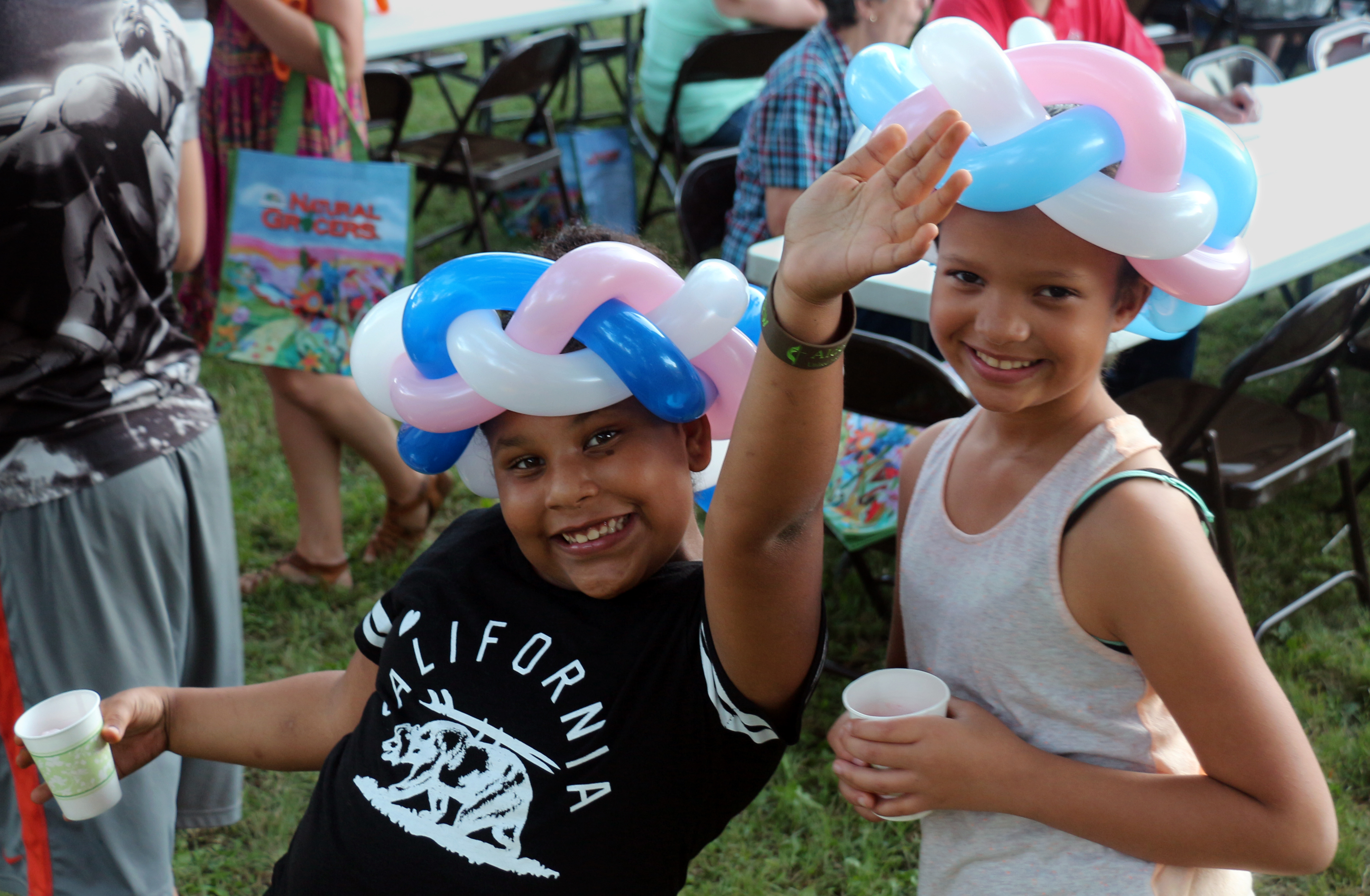 ‘It pays to be nice’

Working with the Great Plains Conference, the church launched Aldersgate Renew, a second campus, a few miles away, on Sept. 18. After the first five Sundays, the satellite campus was averaging 110 to 115 adults, plus 30 children, in attendance.

Dick Bradford wants Aldersgate to continue making disciples of Christ and reaching into the community. “I want us to be a welcoming church and continue to have open arms and love everybody that comes through the door, regardless of race, color or creed,” he said. He credits Brooks for leading the church in its expansion and making it a welcoming place.

Brooks has been in ministry for 40 years, the last three at Aldersgate. Along the way, his life experiences have helped him develop a merciful approach. “It pays to be nice to people because we don’t know the pain they have endured,” he pointed out.

Brooks describes himself as more on the conservative side, and although friends and other church staff may have different perspectives from his, he works with all of them. “The Lord has loved me and I love them regardless.”

He sees a lot of room for love. For the congregation, that has included putting up a fence for a disabled veteran, painting houses for the poor, and partnering with local Episcopalians to hand out 200 sandwiches to homeless people on “Sandwich Saturday.”

These ministries bring people together, creating opportunities for knowing one another better. They also reflect an emphasis on the main thing: the gospel of Jesus Christ.

Said Brooks: “You can’t go wrong by loving everybody.”

Tanton is executive director of Global Voices, News and Information for United Methodist Communications. Contact him at [email protected] or 615-742-5400.