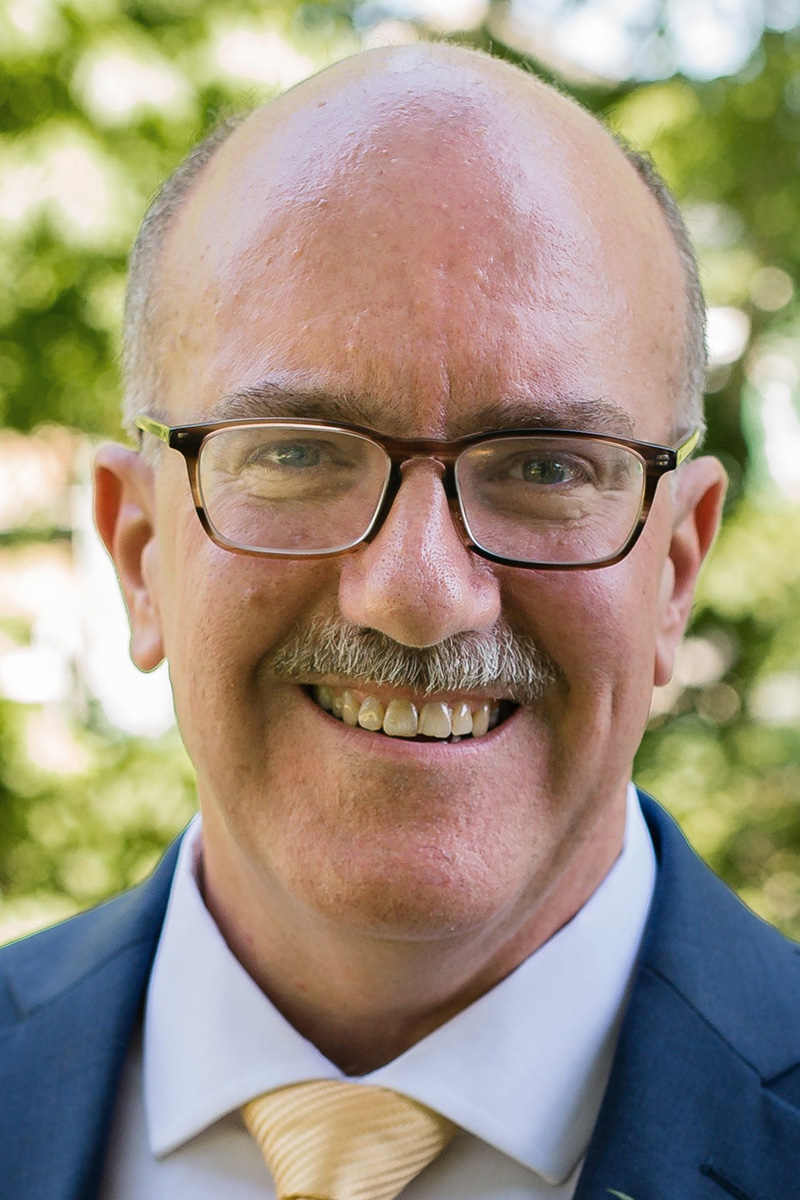 The Rev. Christopher P. Momany
Photo by Kristen Schell.
In 1856, Methodist college president and Virginia pastor William Andrew Smith decided he could no longer use a popular textbook in his teaching. The reason? The given text contained a mild rebuke against slavery.

So Smith sought to remedy the “problem” by writing his own book — a 209-page tome titled Lectures on the Philosophy and Practice of Slavery. His text featured statements such as: “inequality among men [sic] is the will of God.” He claimed for white Americans a superior perch and for black Americans abject subordination.

I have spent the better part of three decades studying religious and philosophical motivations that led many to defend slavery and others to fight the evil. Few would believe the energy expended in attempts to establish that white supremacy is a theologically justified conviction. We may assume that this ridiculous “logic” lies in the past. It does not. It has always been with us, even to this day.

UM News publishes various commentaries about issues in the denomination. The opinion pieces reflect a variety of viewpoints and are the opinions of the writers, not the UM News staff.
Churches today must confront that reality.

Let’s be clear: The killing of George Floyd is the latest in a long train of abuses rather than a surprising development. Recent days have revealed the insidious durability of white supremacy. This is the way things have been in the U.S. for at least 400 years.

For instance, many in our age shake their heads at the way Thomas Jefferson could claim that all are “created equal” and also hold people in bondage. Even a century after Jefferson, several thought him a dangerous egalitarian! The above-mentioned William Andrew Smith saved special invective for Jefferson, who he said took notions of equality too far. Smith blamed the inconvenient interest in equality on “the infidel philosophy of France” (the so-called secular philosophies of the Enlightenment).

The fragile nature of many white people betrays a host of pathologies. Why the sickness? A friend of mine said, “So many don’t simply want me to be ‘less than.’ They want me dead.” Then she mused, “… because they are dead inside and have no real sense of self.” What spiritual death, this endless attempt to establish superiority at someone else’s expense.

Take the language divide over the words “Black Lives Matter” and the way that has been juxtaposed with “All Lives Matter.” Speaking from a purely theoretical standpoint, they are both right. However, the reason we cannot say “all lives matter” in this context is not because the statement is false. We cannot say it with integrity because we have not lived as if it is true. The wide gulf between ideal and fruition is killing us.

America is not a land that must be made great again, nor a land that cannot be made great. It is a land that may become great, beyond all past aspirations and practices. I am reminded of the poem by Langston Hughes, “Let America Be America Again.” The piece drips irony — hope and disappointment, ideals that have not yet been fulfilled. Hughes makes public his personal covenant: “O, yes, I say it plain, America never was America to me, And yet I swear this oath — America will be!” It is past time to actualize the best of our aged vision.

I am also reminded of a Methodist abolitionist who wrote his own book in 1856, a marked contrast with that of William Andrew Smith. Luther Lee was a leader of the Wesleyan Methodist Church who later returned to the Methodist Episcopal Church, North. His 1856 Elements of Theology featured a 40-page condemnation of slavery and racism as a hideous affront to both God and humanity.

Church, we have some bruising soul-searching ahead. Which example will we follow: the disingenuous self-justifications for racism or the honest claims to justice? Both streams run deep in our tradition.

So many are afraid that current unrest may lead to another civil war. It seems to me that the first Civil War never ended, at least not in our hearts. The true battle is not a matter of violence and intimidation. It is a struggle for interior dignity and the uncompromising demand that dignity be afforded each and every human being. Let’s finally end this conflict on the side of justice.

Momany is a former college professor and chaplain. He serves as pastor of First United Methodist Church in Dowagiac, Michigan. For three decades, he has researched the arguments for and against slavery in America’s past. His 2018 book: For Each and All: The Moral Witness of Asa Mahan (Foundery Books), traces these arguments and documents the abolitionist witness of philosopher and college president Asa Mahan.