An agreement to let a commission appointed by the Council of Bishops study church law on sexuality is not an invitation to violate the denomination’s lawbook, Bishop Mike Lowry said during the annual session of the Central Texas Conference.

“An Offering for a Way Forward,” approved by the 2016 United Methodist General Conference, put the debate on human sexuality on hold until the special commission appointed by the bishops can look at all the sections of the church’s Book of Discipline that deal with human sexuality. 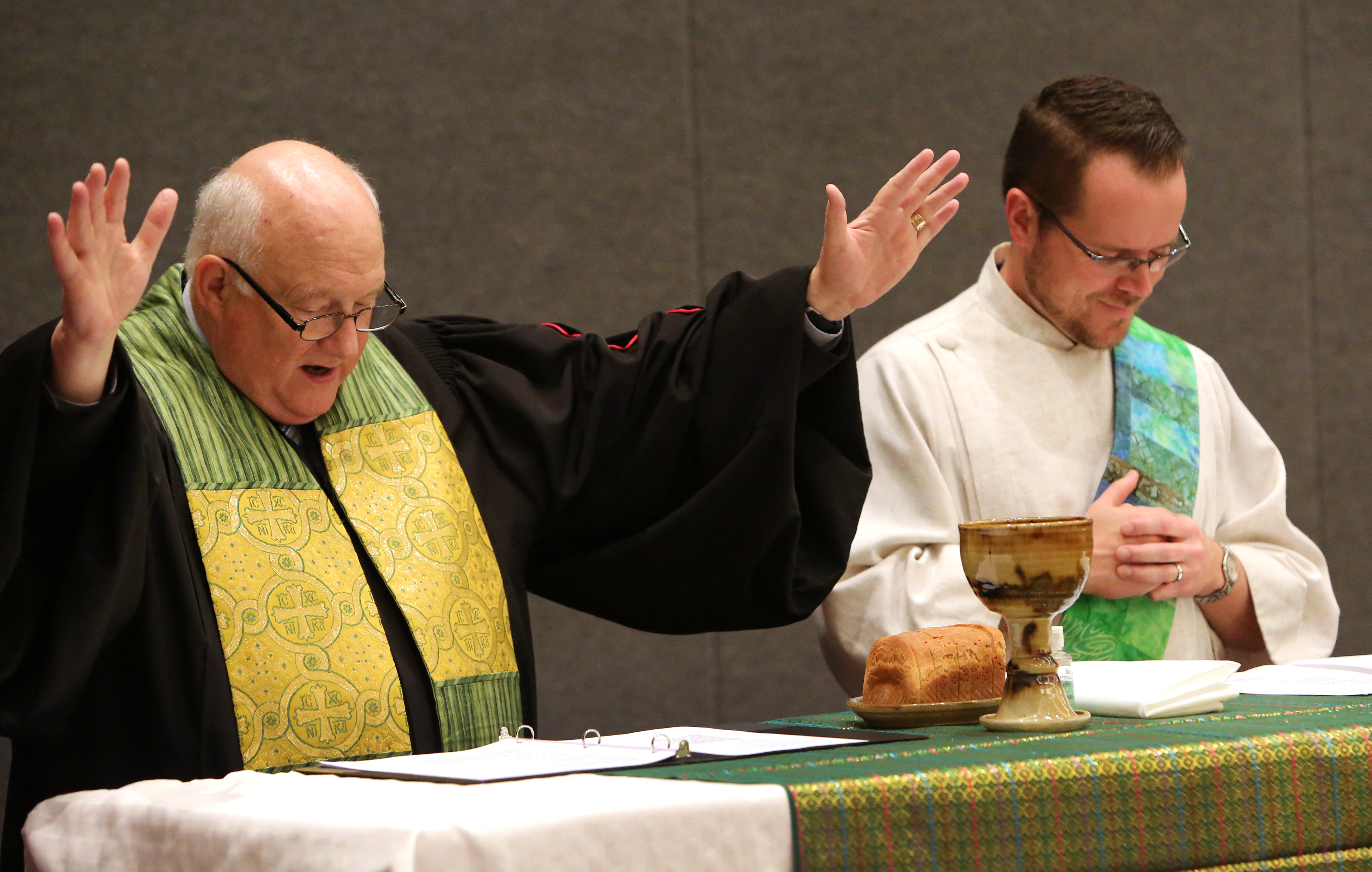 The Fort Worth (Texas) Episcopal Area bishop said some are interpreting a phrase in that proposal as a moratorium on complaints and charges.

The final statement of the bishop’s proposal said, “We will continue to explore options to help the church live in grace and with one another — including ways to avoid further complaints, trials and harm while we uphold the Discipline.”

“The operative sentence is ‘We will uphold the Discipline,’” Lowry said. Presiding at same-gender weddings is a violation that could lead to a complaint and charges, he said.

The Great Plains Conference meeting June 1-4 approved an “aspirational resolution” concerning the future of the Rev. Cynthia Meyer, who faces a possible church trial after she told her congregation at Edgerton United Methodist Church in Kansas that she was in a committed relationship with another woman.

United Methodist News Service posts reports from annual conferences around the globe as they come in.

The resolution asks that the counsel for the church and the counsel for Meyer invoke Book of Discipline Paragraph 2706.5c3. That paragraph allows such cases to be referred to the resident bishop “as deemed appropriate for a process seeking a just resolution.”

Jones said the conference is in a place where there are no good options.

“I hope to avoid a trial and still keep my covenant vows,” he said.

The U.S. regional conferences hold their annual business sessions in April through June. Many of annual conferences in Africa, Europe and the Philippines meet at different times of the year.

At least two other complaints related to homosexuality are pending.

A complaint was filed against the Rev. Michael Tupper for officiating at a same-sex wedding. Michigan Area Bishop Deborah Lieder Kiesey said she has referred the complaint to a counsel for the church after attempts to reach a resolution failed.

The Rev. Val Rosenquist co-officiated in a same gender wedding in Charlotte, North Carolina, with retired Bishop Melvin Talbert. A formal complaint has been filed against Rosenquist.

Reconciling Ministries Network, a group that advocates for greater inclusion of lesbian, gay, bisexual, transgender and questioning or queer people, has collected close to 6,000 signatures on a petition that asks the Council of Bishops to “immediately halt all legislated harm” until the special commission has worked for solutions to mend the divide over “human sexuality.”

That would mean not taking action against clergy who officiate at same-sex marriages or clergy who come out as LGBTQ. The denomination bans the ordination of “self-avowed practicing" gay clergy.

Reconciling Ministries Network said at the heart of the divide in the denomination is “punishment of LGBTQ persons and allies.”

More than 100 United Methodist clergy and clergy candidates came out as gay as the 2016 General Conference began. At the end of the conference, without any changes made to the church’s stance on human sexuality, the clergy could now face charges in their home churches and conferences.

“We all hope to find ways to avoid complaints and trials,” Lambrecht said. “LGBTQ people and activists could help us avoid them by adhering to the requirements of the Discipline, rather than attempting to force change through disobedience.

“If the bishops refuse to enforce our covenant during this period, it will lead to growing acts of disobedience and further disenchantment toward a church that appears dysfunctional. And we fear many faithful United Methodists will feel that they must leave the denomination,” Lambrecht added. “The (2016 General Conference) has asked that the bishops to lead. We ask that they lead with integrity.”

Baltimore-Washington, New York, Pacific Northwest and Northern Illinois conferences have released statements that their boards of ordained ministry do not make the sexual orientation of candidates a determining factor in their decisions about ordination.

However, at the recent Baltimore Washington Conference meeting, clergy voted not to approve Tara “T.C.” Morrow for commissioning as a deacon, even though the board of ordained ministry had recommended her. Morrow is married to a woman.

During the May 10-20 General Conference, LGBTQ people and allies stood in silent protest during many of the floor debates. As delegates, bishops and visitors entered the Oregon Convention Center on May 19, the solemn and silent row of United Methodist clergy and clergy candidates at the entrance held posters that addressed the personal meaning of church law on sexuality. Some of the posters read: “I am a queer deacon,” “I am your sister,” “Why exclude us?”

Gilbert is a multimedia news reporter for United Methodist News Service. Contact her at (615) 742-5470 or [email protected]. David Burke, communications coordinator for the Great Plains Conference, and Melissa Lauber, Baltimore-Washington communicator, provided information for this report.