The decision to drop the complaint was based “in significant part” on a recent ruling by The United Methodist Church’s top court that changes how complaints against clergy are processed, Webb said in a letter to Heiss. 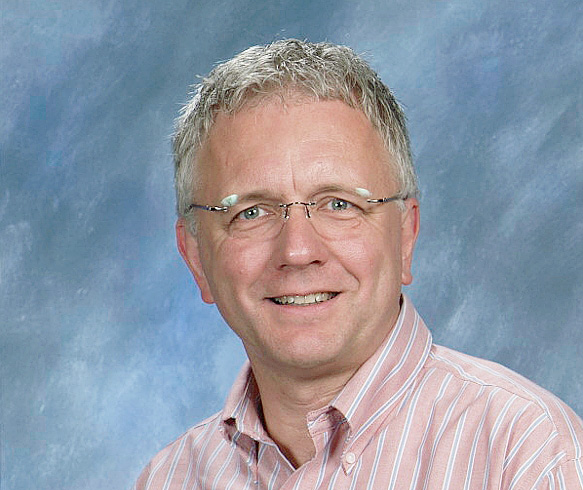 The Rev. Stephen Heiss says the dismissal of the complaint against him comes without any demands. Photo courtesy of Reconciling Ministries Network

Officiating at same-sex unions is a chargeable offense under the Book of Discipline, the denomination’s law book. Heiss officiated at the same-sex ceremony of his daughter in 2002, and he estimates he has performed about a dozen same-gender weddings since New York began legally recognizing such marriages in 2011.

Since the summer of 2013, Heiss has spoken out to local and national media about his willingness to perform such weddings. That year, the Rev. Richard Barton filed a complaint against Heiss, and, in October, the bishop referred the complaint to a church counsel, raising the possibility the case would go to a church trial.

At the time, Heiss was pastor of Tabernacle United Methodist Church in Binghamton, New York, and Barton was a district superintendent and dean of the cabinet. Both are now retired.

This month’s dismissal means this case will not go to trial. 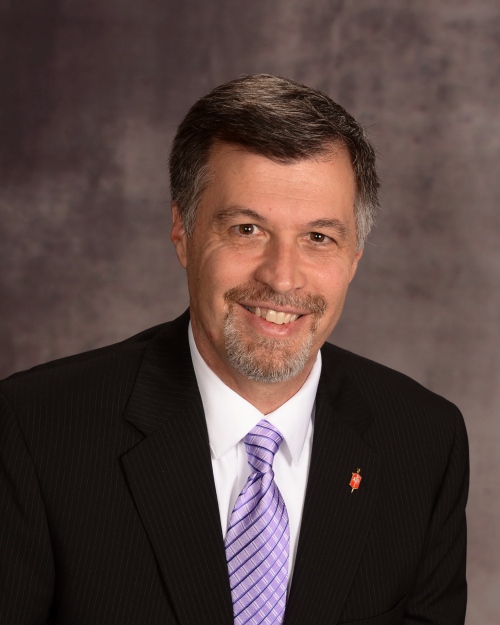 Bishop Mark J. Webb asks for prayers for all involved in the complaint process. Photo courtesy of the Council of Bishops

“The Upper New York Conference administers all complaints according to our denominational polity and in accordance with provisions of the Book of Discipline,” Webb said in a statement to United Methodist News Service. “We value the confidential nature of the complaint process for a fair and just process and appreciate prayers for all involved.”

Barton did not immediately respond to United Methodist News Service attempts to contact him.

Heiss said having a trial “is the last thing The United Methodist Church really needs.”

“I’m hoping (the bishop) sees this infraction, if it is an infraction, of the Discipline as more or less the equivalent of jaywalking on an empty street at 3 in the morning,” he said. “It’s a useless endeavor to try to fix something that doesn’t need to be fixed.”

Throughout the process, Heiss said he refused requests to stop officiating at the weddings of gay people. He wrote in his blog that he found it remarkable that Webb’s letter “contains no restrictive clauses, expectations, instructions or requirements by which I might yet be held accountable.”

The letter said the church counsel’s recommendation to dismiss was based in part on the Judicial Council’s April ruling that reinstated a committee on investigation for clergy members under complaint.

WHAT tHE cHURCH tEACHES

The United Methodist Book of Discipline, the denomination’s law book, since 1972 has proclaimed the practice of homosexuality “incompatible with Christian teaching.” The book prohibits United Methodist churches from hosting and clergy from performing “ceremonies that celebrate homosexual unions.”

Officiating at same-sex unions is a chargeable offense under the Discipline. Clergy convicted in a church court can face a loss of clergy credentials or lesser penalties. The book also allows for complaints against clergy who officiate at same-gender unions to be resolved without a trial. That has been the case with some recent high-profile complaints, including one against retired Bishop Melvin G. Talbert.

The Book of Discipline states that marriage is between a man and a woman. It also affirms that all people are of sacred worth, that all are in need of the church’s ministry, and that God’s grace is available to all. The church implores congregations and families not to reject gay and lesbian members and friends.

Read full coverage of sexuality and the church.

In 2012, General Conference — the denomination’s top lawmaking body — simplified the complaint process by replacing the committee with a church counsel, whose role was similar to that of a prosecutor.

Prior to that General Conference action, a committee on investigation — which includes both clergy peers and lay people — determined if a complaint went to trial.

To eliminate the committee’s investigative function as a step in the process, the denomination’s top court ruled, “is to call into question whether the clergy members have been granted fair process, an unconditional guarantee.”

The court also said its “decision is prospective.” That means it applies to cases filed after the ruling took effect on April 18, not to cases already pending, said the Rev. Keith Boyette, a former Judicial Council member.

Boyette, pastor of Wilderness Community Church in Spotsylvania, Virginia, is also chair of the board for Good News, an evangelical advocacy group that seeks to keep denomination’s current stance on homosexuality.

He added that he believes the counsel for the church was wrong to recommend the case’s dismissal based on the Judicial Council ruling.

Heiss does not deny he has defied the denomination’s ban on blessing same-sex unions. He knows he could face a new complaint for officiating at a same-sex wedding in the future.

However, he said he is “faithful to the overall message of the Book of Discipline that we are all in need of grace and God’s grace should be offered to all.”

Still, he stresses that he feels The United Methodist Church is stronger with progressives and traditionalists working together. He likened the different ways of communicating the gospel to different medicines in a pharmacy.

“People don’t find healing if we try to give the same prescription to everyone.”