In a recent article by Sam Hodges, “Fairness of GC2016 delegate allotment questioned,” some United Methodists from North America and Africa questioned the fairness of representation at General Conference.

A mandatory minimum of two delegates per annual conference unfairly advantages conferences in Europe and the Philippines, some say, leading to overrepresentation. For example, Joe Whittemore of the North Georgia Conference argues that this disparity undermines General Conference as a “representative democracy.”

Are Joe Whittemore and others really claiming that Filipinos and Europeans have had an outsized voice at General Conference? Data included in the monitoring report from General Conference 2012 contest this claim. Approximately 75 percent of the speakers during plenary were male, 78 percent were white, and over 80 percent were from the United States.

In a conference conducted in English on U.S. soil, all delegates from outside the United States are marginalized to a greater or lesser extent. What really counts is voice, not representation. 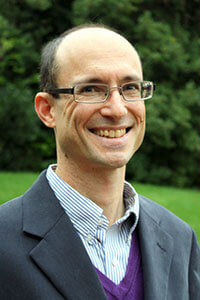 Central conferences have also had difficulty being heard through the petitions process.  In 1996, 2000, and 2004, General Conference approved only three petitions on social issues from central conferences — an average of one per quadrennium. In 2008 and 2012, this number grew to about six per quadrennium. Over the same time span, General Conference approved hundreds of petitions on social issues from the United States.

To claim, in the name of fairness and representative democracy that voices from North Georgia — or even Michigan — are being marginalized to the benefit of United Methodists from Europe and the Philippines is to fail to observe whose voices are actually heard at General Conference as well as to miss entirely the idea of General Conference being a form of Christian conferencing.

The Rev. Darryl W. Stephens is director of United Methodist studies at Lancaster Theological Seminary and a clergy member of the Texas Conference. Stephens is the author of Methodist Morals: Social Principles in the Public Church’s Witness (University of Tennessee Press, April 2016).

Do we have to choose between The UMC and the GMC? What happens if an elected delegate disaffiliates?
Human Rights