On Oct. 7, there was a strong call for revival when the Wesleyan Covenant Association met in Chicago. My response: AMEN! We of the Mountain Sky Area are fully committed to a revival. Several times during the WCA gathering, it was stated: “We need to know what we are gathering for, not what we are gathering against.” Again, AMEN. I truly believe that if we trust courageously in the Holy Spirit, we will be able to create together a renewed Church of Jesus Christ, reaching a world of hurting people. 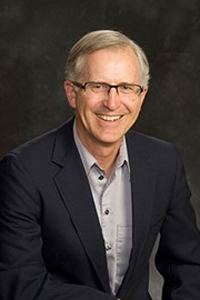 Yet I have concerns that were not addressed at the gathering. If this renewal movement is to be authentic, these concerns must be addressed.

Gender Equity: The WCA has taken a strong stand on women in ministry. Again, I say AMEN. The United Methodist Church is a much better place because we have wisely made room for women to provide leadership as clergy and as lay leaders throughout the world. However, such a decision is not biblical. The Apostle Paul made it very clear in several of his letters that women were to remain silent and not have authority over men (1 Timothy 2; 1 Corinthians 11). We know that we can be biblically authentic while holding exception to Paul's limitations for women.

Scriptural Authenticity: The WCA is grounded in biblical authority, easily understood as biblical literalism. One of the keynote speakers said with great enthusiasm, “If it is in the Bible, then I believe it.” Yet as noted with gender equity, the WCA has already compromised this position. In addition, as I sat in the gathering of around 1,800, I wondered how many of the participants had gone through divorce or had leaders in their churches who had been divorced. We understand the painful reality of divorce and its necessity in our society. However, once again, it is not biblical. Jesus never said anything about women in ministry, nor did he issue one utterance about sexual orientation, but he did absolutely condemn divorce: “What God has put together, let no one divide” (Matthew 19; Mark 10:9). How is it then that the WCA is able to understand the wisdom of adjusting these scriptural prohibitions to the faithfulness of our day, but when it comes to the few passages with translations of sexual orientation, these are adhered to with literal rigidity? Why is it that Christians will often rally around what the Bible says so little of, and be so silent about what the Bible says so much about?

Wesleyan Orthodoxy: The WCA has a tremendous desire to use John Wesley as the anchor for a new Wesleyan orthodoxy. Orthodoxy gets used in multiple ways, often to imply that at one point in history, the followers of Jesus were of one mind as to what Christianity stood for.  A study of early church history makes it clear that there was not a single orthodoxy to which all Christians adhered.

What is curious is that Wesley himself bristled against the established rigidity of the Church of England, although he certainly didn’t set out to create a new denomination. He wanted a revival of faith freed from the strictures, which he saw as killing the church. He preached a Holy Spirit of grace that would find new expressions of faithfulness within the Industrial Revolution of England.  To call for a revival is to invite the Holy Spirit of grace to move among us in new ways, while using as a touchstone the wisdom that has gone on before us.  This it seems to me is to follow more closely in the footsteps of John Wesley.

Nicene Creed: According to the WCA, the Nicene Creed becomes the litmus test of what it means to be truly Christian. The problem is that the Nicene is found nowhere in the Scriptures. The Nicene Creed does not make any reference to the teachings of Jesus. There is nowhere in the creed the affirmation of the Great Command: Love of God, Stranger, Self [Matthew 22]. No mention of finding Jesus in the marginalized/vulnerable [Matthew 25].  Nor of his parables, such as Luke 10 — witnessing the compassion of the Stranger. The Nicene Creed instead comes out of a church council held under the auspices of Emperor Constantine 300 years after Jesus. The Nicene Creed has some great insights regarding the Trinity, but it does not speak at all to Jesus’ teachings. If we are to be followers of Jesus, should his teachings not be as core if not more so than a creed written to address issues to which Jesus never spoke?

Is it possible that the Holy Spirit can move in our midst in ways that do not emerge from the Nicene Creed?

Breaking Covenant: We did hear a lot during the day that there is a great swelling of disobedience across The United Methodist Church against the various prohibitions on sexuality in the Book of Discipline. Perhaps the question should be: Why is there so much disobedience occurring? Is it perhaps that the church has gotten itself so bogged down on the issues of sexuality that it cannot see the Spirit-filled ways in which God is moving among us? Covenant, in marriage as in faith, is not grounded in legal codes. Covenant reaches deeper into life based on grace. Indeed, Jesus himself was accused by the Pharisees of his day of breaking covenant.

In closing, I truly look forward to working with — and wrestling with — the Wesleyan Covenant Association. I believe that together, we will see a new day of The United Methodist Church that neither side can currently envision: a new church that will truly transform the world.