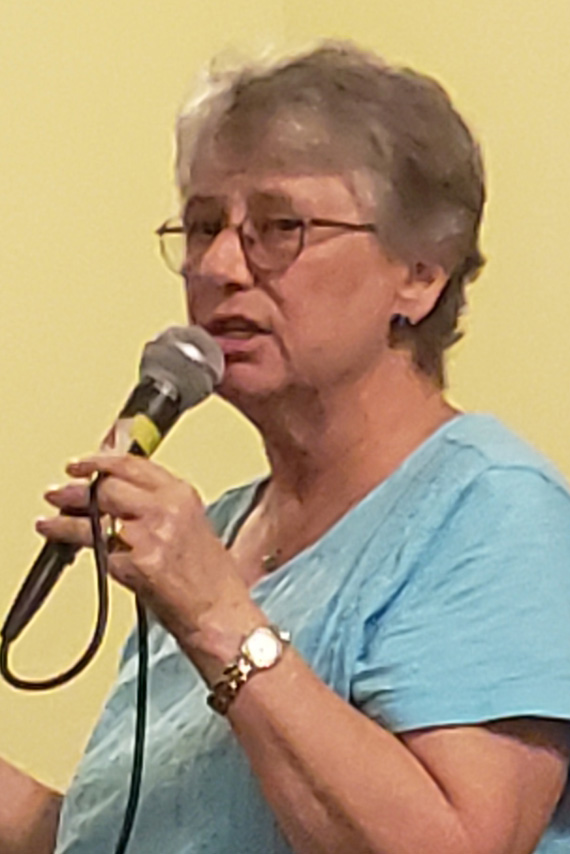 For six grueling days at the end of June, I spent 12 hours a day at an immigration detention center, providing limited legal representation to women preparing to present their initial claim for asylum to an asylum officer. It’s the hardest thing I’ve ever done.

I was part of a team from the Feerick Center for Social Justice at Fordham Law School that travelled to the largest family immigration detention center (the Southwest Texas Family Residential Center in Dilley, Texas) to volunteer with the Dilley Pro Bono Project.

My experience was heartbreaking, infuriating, frustrating and well beyond challenging. During training we were warned that we might experience vicarious trauma. I still didn’t expect the emotional impact on me that is so hard to put into words. Although I have been home since June 30, my heart and soul stayed behind in Dilley, with the tragic, resilient women and children.

I spent many hours each day interviewing women, through a Spanish interpreter, eliciting their stories and trying to prepare them for their “credible fear” or “reasonable fear” interviews by an asylum officer. I also accompanied two clients to their asylum interviews, where I was permitted to ask follow-up questions and offer short summations.

If a person is found by an asylum officer to have a credible or reasonable fear of returning to his or her home country, he or she is supposed to be shielded from deportation until receiving a full hearing on the merits of the case, which typically occurs months or years later.

But, shortly before the team got to Texas, U.S. Attorney General Jeff Sessions issued a decision (known as the Matter of A-B) in which he cast aside 15 years of fact-based immigration court decisions on asylum. Those court decisions had provided protections for women and children fleeing domestic violence and gang violence, most notably from the “Northern Triangle” countries of Guatemala, Honduras and El Salvador — countries notorious for tolerating rampant, systemic violence and murder.

As a result, by the time we got to Dilley, the deck was stacked against most of our clients. Suddenly asylum officers were issuing negative determinations in cases they previously would have passed on to the next phase of the asylum process, and immigration judges were upholding those negative findings. Expedited removal seemed to have become the order of the day.

I spent many hours —usually at night or very early in the morning before arriving at the detention center—writing memos documenting all of my client interviews and the two asylum officer interviews I attended, then uploading this documentation into a database for use by lawyers and advocates who will pick up where I left off.

While I may never know if my legal assistance made any difference to the clients I tried to help in Dilley, I recognized even then that there was real value in providing a ministry of presence to these women and young children who had survived trauma and suffering — in their home countries, on their journeys to the U.S., and after crossing the U.S. border in search of safety, security, opportunity and hope for a better future. Sadly, our hospitality and concern toward these vulnerable and traumatized souls contrasted sharply with most of their experience upon crossing our border.

But in retrospect, perhaps the greatest real value of my volunteering was the chance to bear witness to what is happening — not only south of our border, but on our side of the border — and then share those stories back home.

When invited only weeks later to begin sharing these stories with the members of my local United Methodist church, the Church of St. Paul & St. Andrew on the Upper West Side of Manhattan, I seized the opportunity, even though I didn’t know how or if I could find the right words.

Speaking extemporaneously and from the heart to my fellow church members, I relived much of the experience at the detention facility: the horrors these families had fled; their desperate journeys to the U.S. and their shameful treatment by Border Control and ICE. Not to mention the the freezing, crowded Legal Assistance room in which these women waited many hours to meet with a lawyer, all the while holding their crying — and uncontrollably coughing — little children.

All of the children had terrible, chronic coughs they had developed when they surrendered to U.S. authorities. Wet from crossing the Rio Grande, they along with other migrants were immediately detained for several days, first in the Hielera (the “Ice Box”) — a freezing cold concrete bunker—and then in the outdoor, fenced-in Perrera (the “Dog Pound” or the “ Kennel”).  Although they ultimately were seen by medical personnel after being transferred to the Dilley detention facility, it was clear that many of these little children were still very sick—with what sounded like bronchitis or pneumonia.

At the end of one of my first, and very emotional, interviews, I asked the interpreter to tell my client that it was a pleasure and privilege to speak with her. To my surprise — and lasting impression — she suddenly rushed over and hugged me.

Not a day goes by that I don’t wonder whether she and her 2-year old boy (who does not yet speak) have been released to their sponsor or have been deported back to a life on the run and in hiding to escape death.

I have come to believe that global migration and the mistreatment of migrants is one of the defining issues of our time. We are witnessing a humanitarian catastrophe and systemic injustice on a grand scale. To individually and collectively stand by on the sidelines would, in my view, make us complicit and unworthy to be called People of God. See, e.g., Matthew 25: 31-46.

Kris is a legal and program consultant to the United Methodist Board of Global Ministries, and a United Methodist deaconess trying to live into her consecration to a lifetime of lay ministries of love, justice and service.