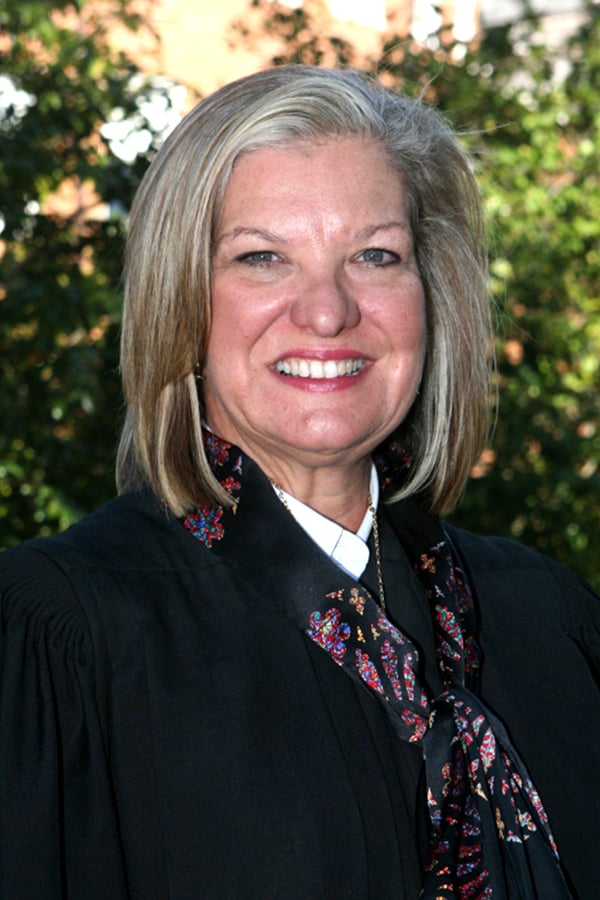 In 2018, the question of whether women and men are equal in The United Methodist Church is a question to be pondered by the church.

Indeed, the members of The United Methodist Church have so very much to celebrate. We are a people of faith who boldly proclaim through our Social Principles that no gender is superior to the other. We ordain women. We elect women to the episcopacy. We have women in positions of leadership throughout our organizational structures. We work for the prevention of sexual misconduct toward women and men. We monitor ourselves for inclusion. And yet ...

In 2016, we received a church bulletin from a local United Methodist church that contained the names of the persons who would make up the administrative council of the church for the next year.

As a student of the Book of Discipline, my eyes went straight to the persons listed on the finance committee, because its membership contains the chairs of each of the key leadership committees in the church.

There was not a single woman on the committee. That had to be a mistake. That was impossible. This was my home church.

I questioned “why” and was told that “perhaps the pendulum (of including women) had swung.” Ouch!

My heart prayed that what could have been interpreted as a harbored resentment was a mistake of complacency and failing to be intentional in the nominations process.

Additions to the committee were made, but the sentiment that was shared stung and reminded us of the importance of intentionality and the ceaseless diligence that is required for our mission to be accomplished in seeking the full inclusion of women at all levels of leadership within The United Methodist Church.

During the election of the episcopacy at the Southeastern Jurisdictional Conference in 2016, an email went out to the delegates from a longtime leader. The email provided a ranking of the candidates for bishop with the obvious attempt to gather votes for particular persons.

In what was clearly intended to be a “negative” label, the term “pro-women” was used as a justification for ranking candidates at the bottom of the list. Perhaps the question for the church remains: Why do we support leaders who suppress the inclusion of qualified women in positions of leadership?

Digging deeper, the data showed that there are entire conference delegations that have no women representing the members of the annual conferences.

The questions remain: Why are women under-represented at General Conference?

Is there suppression of the election of women in areas across our church? Do we speak the words of the Social Principles and fail to truly believe that women and men are both created in the image of God?

In 2017, the General Commission on the Status and Role of Women performed a United States clergy salary study using 2015 available data. Our findings indicated that female clergy in The United Methodist Church in the United States make 83 cents on the dollar to their male clergy counterparts.

Why? What steps are we, the church, taking to pay women and men equally? (Interestingly, in many parts of the world, all clergy make the same salary, no matter the size of her or his church.)

Last year, I had lunch with a friend who asked for advice. He was a district superintendent and had just been told “no” to the appointment of a woman as the pastor at a local church.

In the words of the chair of the staff-parish relations committee, “We are a traditional church and we would like a man as our pastor.”

By the way, the staff-parish relations chair was a woman. Unfortunately, this response is one we hear too often. We have often contemplated taking a simple survey of the district superintendents across the church in any given appointment season, and asking, “Did any church refuse a pastor because she was a woman? Because she was a woman of color?”

We know the answer.

In 2017, I had the occasion to meet a new representative of a major board of the global church, and when I explained my agency’s ministry and mission, he stopped me. Through an interpreter, he told me that the work of the General Commission on the Status and Role of Women to work for the equality of women in The United Methodist Church was inconsistent with the teachings of the Bible.

He explained that we had to look to the Bible for guidance and that women and men were not equal. He went on to say, “First it is God, then men, and then women.”

The question remains: Are Paul’s words that “there is no longer female or male, for all are one in Christ” mere words or are they The United Methodist Church’s interpretation of how Scripture is to be lived for the transformation of the world?

In 2018, the votes on the constitutional amendment known as Paragraph 4, Article 4 were announced by the Council of Bishops. The amendment sought to prevent discrimination into membership in The United Methodist Church on the basis of a person’s gender, age, marital status and/or disability.

Although the amendment passed at 2016 General Conference by the necessary two-thirds majority, the amendment needed to be ratified by a like majority of cumulative votes across the membership of The United Methodist Church.

The amendment did not pass. The pain to women across the church was palpable. The question remains: Why, in 2018, can we not live into the image of equality that God requires?

We, the members of The United Methodist Church, have an incredible opportunity and responsibility to live the message of Christianity in our churches, our communities and in our lives. By modeling and living how we treat one another, we have the capacity to transform the world.

First, we need to look inward. Being equal on paper, is not being equal in life.

Church, here is our challenge to you:

1) Examine your local church
a. Look at your administrative council slate to see whether it is inclusive;
b. Have you ever had a woman pastor? Why not?
c. Have you had a person of a different ethnicity than yourself as pastor? Why not?

2) Examine your annual conference
a. Are women included in leadership?
b. Are women clergy paid equally with male clergy?
c. Are salaries being changed downward after the appointment of a woman is announced?
d. Are women being considered for each appointment? Women of color?
e. Are women being elected as representatives to General Conference and to Jurisdictional Conference in the same percentages as make up the membership of your annual conference? If not, why not?

3) Examine your community
a. Do you set an example for the world in modeling the inclusion and equal treatment of women and men?
b. Do you share and live the message of Christ that both women and men are created equally in the image of God?

In your mercy, hear our prayers …

Hare is top executive of the United Methodist Commission on the Status and Role of Women.