1. The shame. This is my first hurricane, and while most of my friends lost something — a house, a car, power — I lost nothing. OK, I lost some drywall, maybe. And I lost $500 frantically buying supplies the internet told me I would need to survive a hurricane. I know it's not my fault that I managed to escape Harvey's wrath, but sitting inside my dry, well-lit house, browsing Twitter for updates because my wifi still worked, man — the shame was overwhelming. I wanted to do more. 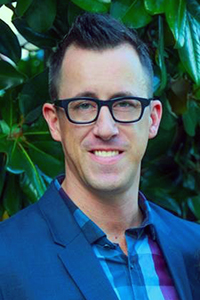 The Rev. Eric Huffman, founding pastor of The Story. Photo courtesy of Huffman.

2. The powerlessness. For the past couple of days, I’ve been able to get out and help people, but from Saturday night (when things got bad) till Monday morning, as the waters rose, there was just nothing to do. I knew people all around me — people I love — were losing everything, and I wanted nothing more than to go help them keep the water out of their homes. But floodwaters can’t be kept out; there’s NOTHING you can do.

3. The preexisting conditions. The difference between watching a disaster like this on the news and living it up-close is realizing that disasters don’t happen in a vacuum. People who had problems before Harvey still have those same problems now, plus Harvey. People who were fighting cancer at the Med Center are now fighting cancer AND Harvey. People who were getting divorced are now dealing with attorneys AND insurance adjusters. People who were paralyzed by depression now have one more reason not to seek help. Alcoholics now have one more reason to drink. I never thought about these things before going through a disaster first-hand.

4. The ordinary heroes. If there’s anything beautiful about this tragedy, it’s that this crisis has revealed the true heart of man. In times of plenty, we think we can afford to be selfish, callous, and divided. But in moments like these, we know we need each other. Harvey washed away the sins of self-deception and reminded us we're made in the image of God, who laid down His life for us.

5. The perspective. As strange as it may sound, we have Harvey to thank for not hearing about white supremacists, Confederate statues and police brutality for a few days. No one cared about the president's tweets or unisex bathrooms while floating down the street in a rescue boat together. Rescuers didn’t ask for your sexual orientation before they rescued you, and the government officials working the shelters didn’t check your immigration status before letting you in.

I confess: Harvey has broken me. I’m not the same man I was a few days ago, and maybe that’s not such a bad thing. I’m not saying God sent that storm to teach us a lesson; I’m saying God can take any darkness and turn it into light.

Even as the pandemic forced churches to close their buildings, social media opened new doors for United Methodists to make disciples across continents.