Alaska’s most powerful earthquake since 1964 prompted an Anchorage United Methodist church to become a temporary shelter for a population in great need.

The Nov. 30 earthquake caused major damage to roads and buildings. And it left Karluk Manor, a residential facility in Anchorage for people who have battled alcoholism and homelessness, without power or water.

St. John United Methodist Church learned of the situation from one of its members, Cathie Clements, who works for the program overseeing Karluk Manor. The church agreed on short notice to house all 46 residents.

“St. John members and staff hurried to ready the church building for their guests who would arrive within 30 minutes,” said the Rev. Andy Bartel, lead pastor, in an email. “Dozens of people pitched in to supply hot coffee and tea and welcome people with smiles and outstretched hands.”

The church also rounded up bedding and worked with a local restaurant to provide meals. The group was relocated to a Red Cross shelter after a couple of nights at St. John. 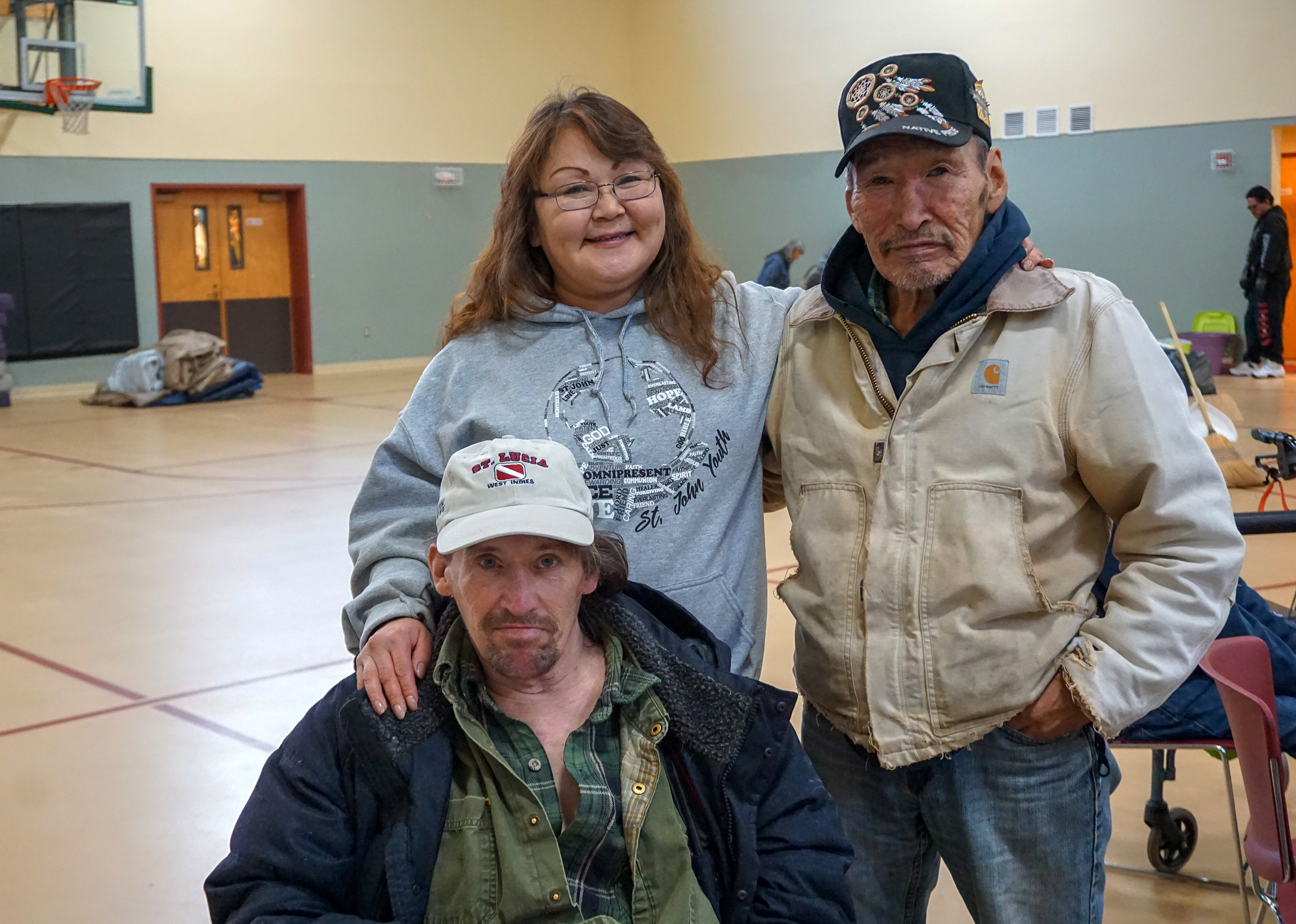 Schools remain closed, as do many businesses and government offices.

The Rev. Carlo Rapanut, Alaska Conference superintendent, said homes of some members of the United Methodist Church of Chugiak, about 20 miles northeast of Anchorage, had extensive damage.

The church itself had damage to its entryway, he said.

Other United Methodist churches in the affected area had only cracked drywall or other minor damage, he said. Alaska Pacific University, a United Methodist-affiliated school, also reported no major damage.

The First United Methodist Church of Homer is 220 miles south of Anchorage and there were no reports of extensive damage to roads or buildings in that area. But Homer, which is on Kachemak Bay, was under a tsunami warning.

The church is an official emergency shelter, and in this case served as a backup to the high school, which filled with evacuees

“We had had about half a dozen people arrive, including a family with small children, before the tsunami warning was rescinded and people could return home,” said the Rev. Lisa Marie Talbott. “While we did not bear the brunt of damage, the threat of a tsunami is real, and it is terrifying.”

Greater Northwest Area Bishop Elaine Stanovsky issued a statement, offering thanks that there was no tsunami, asking for prayers for all involved and asking that donations be made through the United Methodist Committee on Relief. 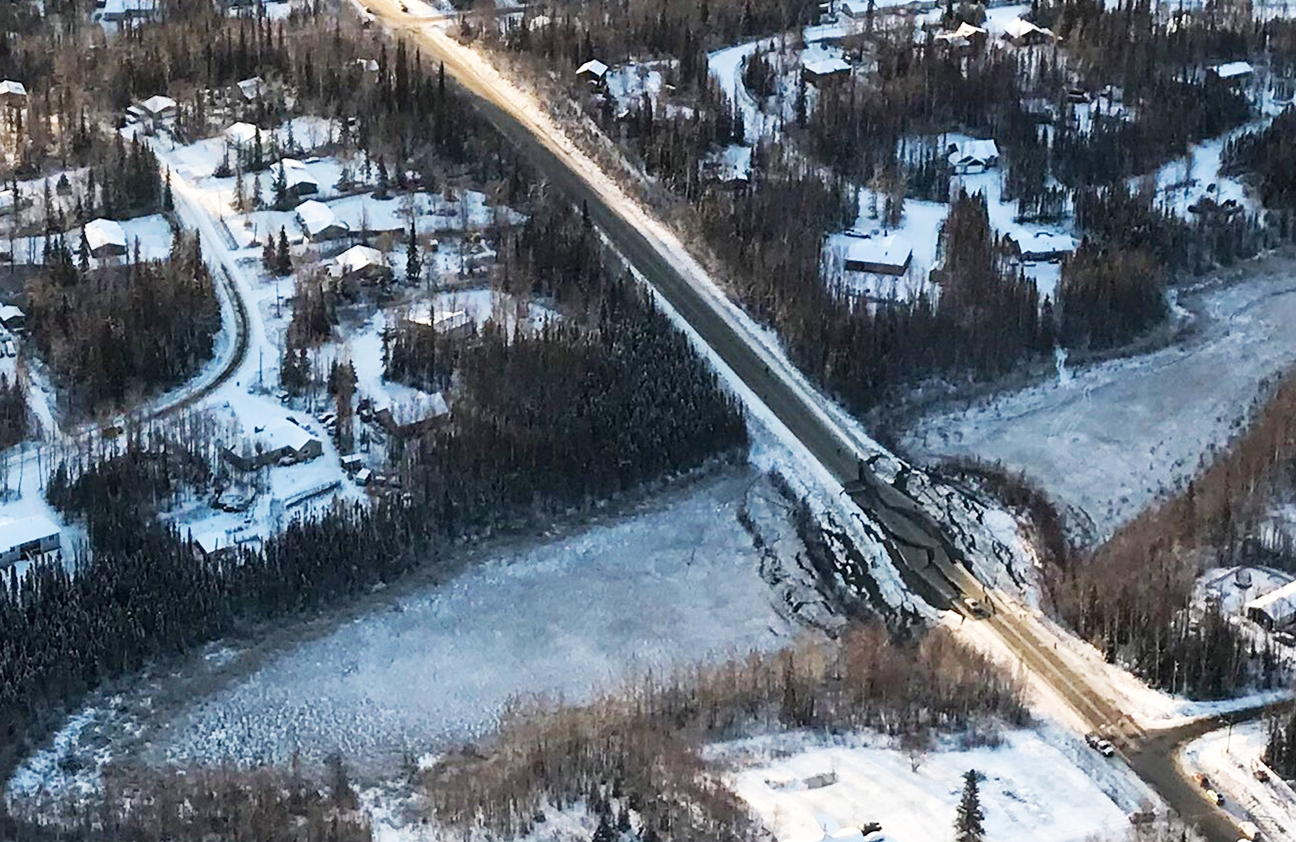 The Nov. 30 earthquake that hit south central Alaska damaged roads and buildings, and in some areas knocked out power and water for a time. No deaths were reported, only minor injuries, and strict building codes apparently prevented building collapses. Photo courtesy of Air National Guard/U.S. Army.
Rapanut said the Alaska Conference has already heard from United Methodist Volunteers in Mission teams prepared to help with recovery.

Rapanut, his wife and one of their sons were at home when the earthquake hit.

“We hid under the kitchen table and rode out the initial quake and then felt the first strong aftershock while we were outside,” said Rapanut, who as a native of the Philippines is familiar with experiencing earthquakes.

Lonnie Brooks, a United Methodist layman, was with his wife in their fifth-floor home at an Anchorage retirement center when the earthquake hit.

“It really knocked things around,” he said. “Our whole building was shaking from side to side.”

But power and water were restored soon in most parts of Anchorage, and United Methodist churches were able to have services on Sunday, Dec. 2.

“Attendance was close to normal, and everybody had a story to tell,” Rapanut said. “There was a general sense of 'We’re all survivors and we’re going to pull through.’ It was the first Sunday of Advent, and the theme of hope was really appropriate.”