On Nov. 8, 2013, Tacloban City was greatly devastated by Typhoon Haiyan. One of the casualties was the building that housed Light and Life United Methodist Church.

A few months later, the Rev. Iris Picardal-Terana, who was at one point thought to be missing in the storm, said that there have actually been many blessings from the devastating storm. One of those is the lot where a temporary structure for the church now stands.

“We have seen blessings from this disaster. We have felt our global Methodist connections. We realized how God loves us when we were reached out to by others whom we did not even know,” said Picardal-Terana. 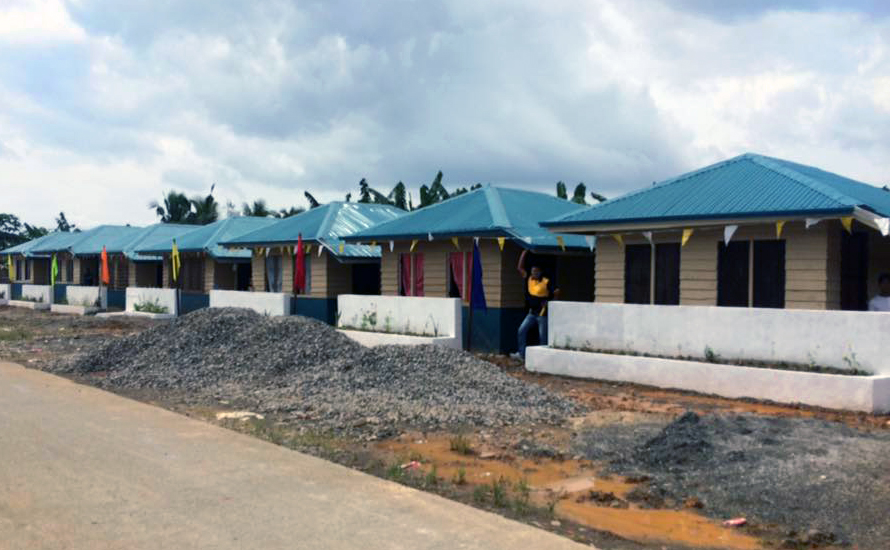 On Nov. 6, the National Council of Churches in the Philippines helped turn over 304 new houses to Haiyan survivors, as part of a wide-scale rehabilitation project. The shelters are meant to withstand strong storms.

“It is amazing! Even the shelters are scientific. They call it progressive shelter; the roof and the ceiling have their locks, can’t just be blown away by strong winds,” said Darlene Marquez-Caramanzana, education program executive of the National Council of Churches and a United Methodist deaconess. “The National Council of Churches in the Philippines built the shelters, the government provided the land and the community helped in building the shelters, so there is a sense of ownership.”

“It is God’s grace that gives life again to the (church) and its earnest desire to rise up with the collaborative efforts of all who shared to the construction of the new sanctuary,” Francisco said.

During the groundbreaking ceremony in March 2015 and dedication of the church building in October, the bishop said he emphasized that the church is not only intended for worship and prayer, but also as a place for the whole community to serve and be served.

Francisco said that he reminded them “to open the church to all and let it be a symbol of inclusivity.”

‘Be a living witness’

The church may be used by the community for several purposes that Francisco enumerated: to become a training center for out-of-school youth, host to children’s ministry programs, an evacuation center in times of calamity and a mission center. Alternative Learning System classes will be held every Friday as well.

The bishop said he is “hoping and praying that the church members will grow in their faith and be mission driven and be a living witness of our Lord Jesus Christ.”

Picardal-Terana said that the church was built through the leadership of Bishop Francisco and his office, which was able to acquire the land where the building was constructed.

“The late Rev. Joseph Cornito served as the administrative pastor during its construction for two years,” Picardal-Terana said, adding that “enormous help came from brothers and sisters, UMC local churches here and abroad, and the Malaysian Methodist Church.”

She said that construction started right away after the March 2015 groundbreaking.

The Light and Life Church, whose current appointed pastor is the Rev. Diosdado Bustria Jr., will be a haven of youth for educational purposes as well and will be a venue for empowerment seminars.

Picardal-Terana is an ordained deacon who is presently appointed as family outreach officer of Sailors’ Society. She also is the director of the connectional ministries in her annual conference.

“I am still active and in full support to all the church activities, especially the youth and children’s ministries,” she said.

“(Light and Life) continues to live up to its name as it embodies open arms, open doors, open minds, making disciples of our Lord Jesus Christ for the transformation of the world.”

The United Methodist Church’s top court ruled that current church law does not allow annual conferences in the U.S. to withdraw from the denomination.
Judicial Council

The Judicial Council released four rulings, two related to conference resolutions about the status of LGBTQ people in the church.
Annual Conferences

In an interview, Bishop Patrick Streiff of the Central Conference of Central and Southern Europe talks about the outstanding issues and consequences for his episcopal area around the decision of Bulgaria and Romania to leave The United Methodist Church.