United Methodists are among the thousands affected by devastating flooding that has left at least 40 people dead and hundreds of homes destroyed in the East Congo Episcopal Area.

In the Kivu Conference, two church members — a 68-year-old man and 6-year-old child — died and more than 150 United Methodists lost their homes after torrential rains caused flooding earlier in April, according to Uvira District superintendent the Rev. Issanda Walubila. Two primary schools run by the church also were destroyed and a United Methodist guesthouse was damaged. 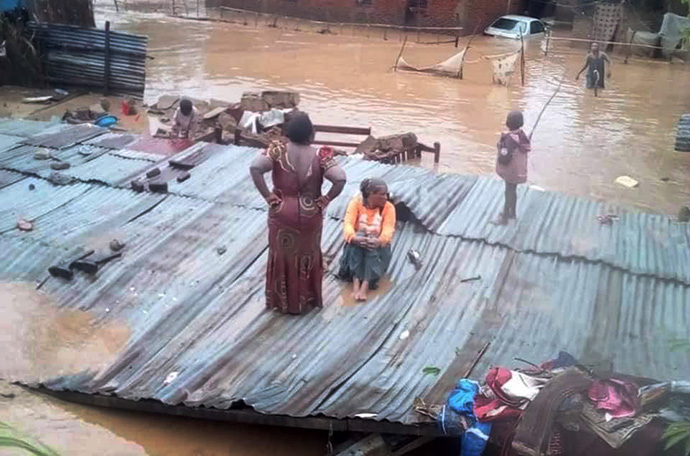 Chantal Bwanga, president of United Methodist Women in Uvira, Congo, was forced to climb onto a roof to escape the flooding. Photo courtesy of Dr. Claude Watukalusu.

Andrej Mahecic, a spokesperson with the United Nations’ relief agency, said 80,000 people have been affected by the heavy flooding of the Mulongwe River in the South Kivu province, a region that has been hard hit by violence.

“The victims lived in densely populated areas of the town and surrounding villages that are hosting displaced people, including refugees,” Mahecic said.

The flooding hit as cases of COVID-19 began to rise in the country. According to data from Johns Hopkins University, there have been more than 450 confirmed cases of the novel coronavirus and 30 deaths, with the majority of infections in Kinshasa. 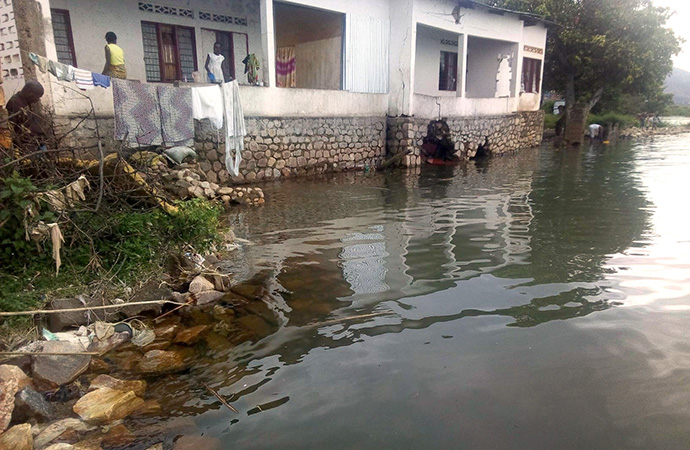 The guesthouse of The United Methodist Church of Uvira, Congo, suffered foundation damage from the floods. Photo by Philippe Kituka Lolonga, UM News.

Ebola also continues to be a threat in East Congo. While the outbreak has slowed, new cases were reported this month just days before the World Health Organization was expected to declare an end to the epidemic. More than 2,200 people have died since the outbreak began in 2018.

After the flooding, Walubila dispatched a team of lay people to the Uvira District to assess damage. He said many of the displaced church members are staying with host families.

Christine Pimbi, a volunteer for the church’s disaster management team in Uvira, said some of the victims also have been settled in local schools.

In Kindu in the East Congo Conference, more than 10,000 households have been affected by flooding, according to Feruzi Balikuni, head of the government’s provincial division of social and humanitarian affairs in Maniema.

Several villages along the Congo River have been swallowed up, leaving thousands of families homeless, Balikuni said. Cultivated fields along the river also have been submerged. 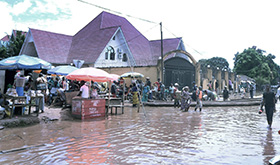 The flooding partially affected Bishop Gabriel Yemba Unda’s residence, which is located in Kindu about 150 meters from the Congo River. The water reached part of the fence and the inner courtyard in front of the house.

“The last time that the city of Kindu experienced such a flooding of the river dates back to 1978,” said The Rev. Kalema Tambwe, Kindu District superintendent.

He said a few United Methodists have graciously opened their doors to host survivors with nowhere else to go.

The Rev. Godelive Wakubenga, pastor of Swahiliphone United Methodist Church in Uvira, said his uncle died in the flooding. His church also sustained water damage, with cracks in many of the walls.

Kizibisha Michel, project manager for the Kivu Conference, lost his home in the flooding.

“Today, I live with my whole family at my neighbor’s (home),” he said, adding that they are looking for a new place to live.

Chantal Bwanga, president of United Methodist Women in Uvira, is among the survivors. Her family raced to the roof when the water started rushing in.

“(The floods came) at night. I had to go up on the roof when the water invaded my house,” she said. Despite the loss of her house, she counts herself among the lucky ones.

Dr. Claude Watukalusu, director of Uvira United Methodist Hospital, said the flooding also washed away the water catchment facilities of the Water Distribution Board. The board is responsible for the distribution of drinking water in urban and rural areas. 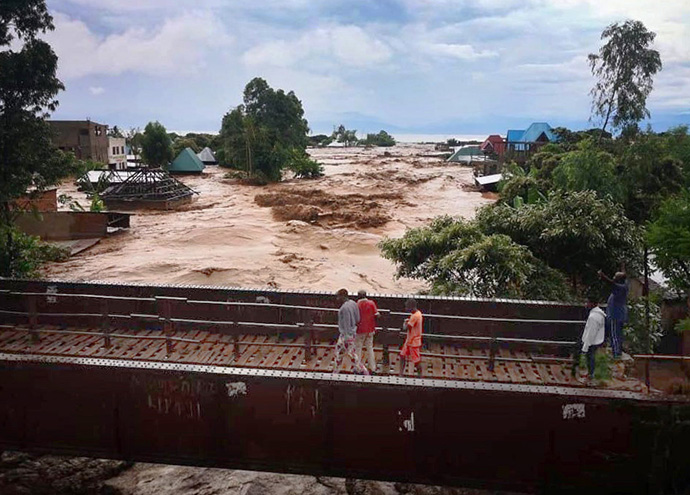 He said he fears an outbreak of diseases, including cholera and malaria, will result from the poor living conditions the disaster has created. He said affected families who spend the night in host homes also are at high risk of contamination from respiratory viruses like the coronavirus.

Walubila said aid is needed for the affected families. The central government has begun to assist the victims, but there is a great need on the ground, he said.

Jean Tshomba, coordinator of the United Methodist Committee on Relief’s disaster management office in Eastern Congo, said he received “the sad news about his brothers and sisters of Uvira” while being in confinement due to the COVID-19 pandemic.

“We support them in prayer and we also continue to keep making pleas in their favor with our partners for their help,” Tshomba said, adding that he has reached out to UMCOR.

Unda offered his condolences to the affected families.

“I am very dismayed by this unexpected catastrophe,” he said.