A church court found an Asian-American clergywoman — who will be a General Conference delegate later this month — not guilty of three charges.

She faced accusations under church law of immorality, undermining the ministry of another clergy person and disobedience to the order and discipline of the church.

Late afternoon Feb. 7, the trial court acquitted her on all counts. 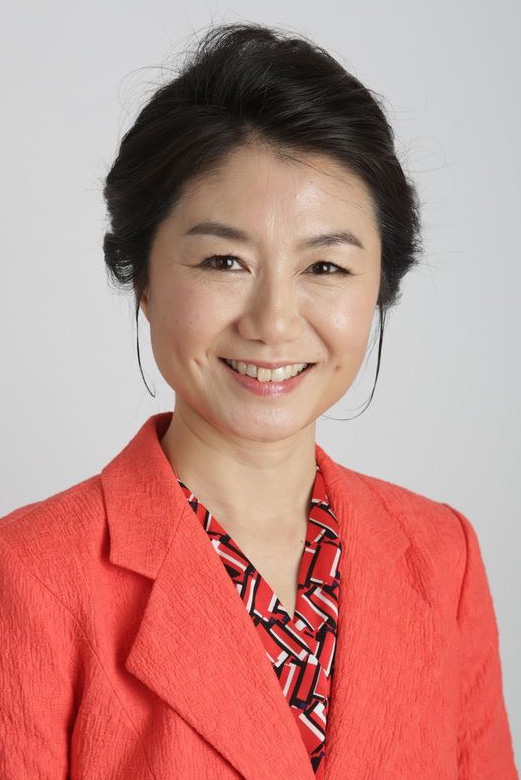 A church court on Feb. 7 found the Rev. Jisun Kwak not guilty on all three counts she faced. Photo courtesy of the Rev. Kwak.
Kwak expressed a sense of relief.

“I am so grateful that God’s justice has prevailed,” she said. “It has been the most very painful time in my life. There were moments that I wanted to give up. However, I couldn’t do it because there were so many friends who trusted and supported me.”

The decision culminates a two-and-half-year process that began in 2016 when the Greater New Jersey Conference cabinet filed a complaint against Kwak and the conference’s Bishop John Schol announced her suspension.

At the time, Kwak — the first Asian woman to be named a district superintendent in the Northeastern Jurisdiction — was leading the Delaware Bay District.

Greater New Jersey Conference members had elected her to be a delegate to the 2016 General Conference and that year’s Northeastern Jurisdictional Conference.

The conference and National Federation of Asian American United Methodists also had each endorsed her as a candidate for bishop. The announcement of her suspension came just weeks before the U.S. jurisdictional conferences and bishop elections.

In announcing the complaint and Kwak’s suspension, Schol and other conference leaders said the case was related to issues in a 2010 complaint that resurfaced in 2016. The new complaint stemmed in part from not fulfilling the just resolution from the 2010 complaint.

The Rev. Robert Costello, a former district superintendent who has served as Kwak’s advocate, said at the time that Kwak was not accused of abuse, harassment, sexual misconduct or conviction of crimes.

In October 2016, the conference board of ordained ministry placed Kwak on interim involuntary leave of absence.

In May 2017, she was reinstated, and Schol appointed her as pastor of Christ United Methodist Church, a congregation in Fair Haven, New Jersey.

Because Greater New Jersey’s clergy did not retroactively support the interim leave, the board’s action was nullified.

Questions about Kwak’s compensation for the now-invalidated leave went to the Judicial Council, the denomination’s top court. Costello argued that for the period of the leave, she should receive compensation at a district superintendent’s level.

However, the Judicial Council affirmed Schol’s decision that her compensation be calculated based on equitable minimum compensation, significantly less than what a district superintendent receives.

The complaint process continued. Costello said the charges she faced related to a variety of allegations including that she was not forthcoming in meetings with bishops and that she took advantage of parishioners who gave gifts to Kwak and her daughter and treated them as family.

“This has been perhaps the greatest example of prosecution overreacting and overreaching in my 54 years of ministry in the United Methodist Church,” Costello told the jury.

The Book of Discipline, the denomination’s policy book, calls church trials “an expedient of last resort” and urges a just resolution of complaints before it ever gets to that point.

The Rev. Paul H. Chang, executive director of the Korean Ministry Plan, said he would prefer not to have a church trial.

“However, when it began, I prayed that God’s justice and grace are revealed,” he said. “And now I am again praying for not only healing of Rev. Jisun Kwak’s body, mind and spirit, but also full recovery and restoration of herself.”

After the trial, Schol said in a public statement that he was grateful to all who participated.

“Our system works because people give of their time, wisdom and experience,” he said. “While these experiences are very difficult for everyone, I will work toward healing and reconciliation among those involved and within the conference.”

He also said he had offered to meet with Kwak to hear what she needs moving forward.

She said she feels deep gratitude to fellow clergy, who at great sacrifice, proclaimed her innocence.

“I felt a holy duty and obligation to make justice served,” she said. “And here I am. Again, I am so thankful for God’s caring hands.”

Kim is director of Korean and Asian news at United Methodist Communications, and Hahn is a multimedia reporter with United Methodist News Service. Contact them at 615-742-5470 or [email protected]. To read more United Methodist news, subscribe to the free Daily or Weekly Digests.

Church damage reports mount in Louisiana and Northeast, but spared areas are helping, including a $100,000 donation from the Alabama-West Florida Conference to the Louisiana Conference.
Judicial Council

United Methodist churches are seizing the initiative to make progress on racial issues in the wake of the tragic deaths of George Floyd, Breonna Taylor and others.