The decision of the 2019 United Methodist General Conference was not the last word for many in the denomination.

Every day seems to bring another public statement in support of LGBTQ people and their role in The United Methodist Church or in defense of the Traditional Plan, which states homosexuality is “incompatible with Christian teaching.”

At least one pastor has officiated at a same-sex wedding in defiance of that plan, which goes into effect in January.

Meanwhile, the Wesleyan Covenant Association, which supports the Traditional Plan, announced on May 17 that it is creating a $100,000 Central Conference Ministry Fund to counterbalance plans by some United Methodists who say they will withhold funding from the central conferences because they believe a majority of delegates from outside the U.S. supported the Traditional Plan. The first $200,000 given to the fund will be matched.

“By giving to the Central Conference Ministry Fund, donors can be assured that the work of churches and annual and central conferences outside of the United States are not adversely impacted by the conflict in the UM Church,” Keith Boyette, president of the Wesleyan Covenant Association, wrote in an article announcing the fund.

Since the 2019 General Conference, a formal complaint has been filed against a Florida pastor who officiated at a same-sex wedding on March 16.

The Rev. Andy Oliver, pastor of Allendale United Methodist Church in St. Petersburg, Florida, performed the ceremony for two members of his congregation.

Ten days later, a formal complaint was lodged against Oliver with Bishop Kenneth H. Carter, episcopal leader of the Florida Conference. A meeting to resolve the matter is scheduled for May 29. UM News has removed the name of the complainant from its story after considering the fact that the complainant was identified involuntarily by other sources while in a confidential process. The disclosure of a complainant’s name might be appropriate in other circumstances, and UM News will be clear in stating its rationale in those situations.

Carter did not want to comment on the complaint but stressed that the role of bishop is not to be the judge.

“The bishop is there to preserve the rights of both the person who brings the complaint and the person about whom the complaint is brought to ensure a fair process,” said Carter, who is also president of the Council of Bishops.

Carter said beginning in 2016, he has discouraged people from bringing complaints related to LGBTQ persons and ministries.

“But we do seek justice. People do have rights. I do live within the Book of Discipline.”

The current Book of Discipline forbids United Methodist pastors from officiating at same-sex weddings. The Traditional Plan imposes mandatory penalties on pastors who officiate at same-sex weddings. Those are a one-year suspension without pay for the first offense and termination of conference membership and church credentials for a second offense.

The Book of Discipline also calls church trials “an expedient of last resort” and keeps the door open for “a just resolution” through much of the complaint process. The Traditional Plan allows just resolutions but expands requirements to include a statement of harms involved and how the resolution addresses those.

“We have sought to do our work from a framework of more restorative justice,” Carter said.

“This is a complaint about a choice I made to follow Jesus and not about who God created me to be. In that respect, this complaint pales in comparison to complaints made against my lesbian and gay clergy colleagues who have their very personhood and calling called into question,” Oliver said.

He added that members of his congregation are “saddened” that a pastor outside of their community felt the need to try to control the ministries Allendale offers to LGBTQ people. 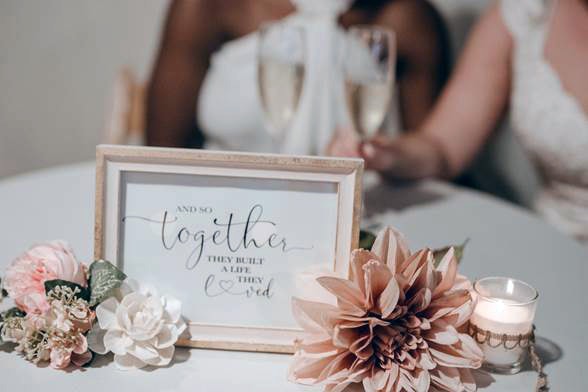 "I do not believe same-sex love is sinful. Quite the opposite ... it is life-giving and beautiful,” Oliver said. “I believe LGBTQ people are made perfectly in the image of God. Our communities are blessed by their desire to show the world what love looks like through their commitment to one another. I can think of no better witness of perseverance, courage and fidelity than their stories,” Oliver said.

The Rev. Anna Blaedel resigned as director of the Wesley Center at the University of Iowa in April during Holy Week. Blaedel has faced several complaints after announcing publicly at the 2016 Iowa Conference that:  “I am a self-avowed practicing homosexual.”

In a letter to the conference after resigning as campus minister, Blaedel said, “My decision is rooted in two urgent longings: to shift time and energy toward writing my dissertation, and to carve space for imagining future vocational and denominational possibilities.”

Some United Methodist-related schools, colleges and universities have decided to cut ties with the denomination.

Trustees of Baldwin Wallace University, in Berea, Ohio, voted unanimously to end the school’s formal affiliation with The United Methodist Church. Other United Methodist-related schools in Ohio and beyond have made clear their unhappiness with the church lawmaking body’s actions.

Drew University’s Board of Trustees is calling for a more inclusive expression of Methodism in response to General Conference 2019. In a statement issued May 20, the trustees also reaffirmed their commitment to welcome students, faculty and staff who are LGBTQ.

The New York Conference Board of Ordained Ministry voted to uphold its 2016 decision that sexual orientation would not be considered in evaluating a clergy candidate.

The board added a preamble: “Remembering John Wesley's admonition to 'do no harm,' we reaffirm our commitment to avoid harming any of our candidates, and to avoid harming all the communities with whom we are in covenant.”

“As long as God continues to call LGBTQIA candidates to ministry, our board will prayerfully consider each candidate without prejudice or bigotry,” said the Rev. K Karpen, a member of the board and pastor of St. Paul and St. Andrew United Methodist Church.

First United Methodist Church in Omaha made headlines when the pastor declared the church would allow same-sex weddings, and the confirmation class decided to delay joining the church until people of all sexual orientations have the right to marry in the local church and serve as pastors.

Mainstream UMC, an advocacy group formed to support the One Church Plan, announced it will continue its work for another year through June 2020.

“We believe that The United Methodist Church is at a generational crossroads and there is a sense of urgency to thoughtfully shape the future,” said a statement that announced the group was launching an online forum on Facebook for input on what a new Methodism will look like.

Reconciling Ministries Network, an organization advocating for LGBTQ persons in The United Methodist Church, has had 47 new churches or communities affiliate since the 2019 General Conference.

“We have had 5,073 new Reconciling United Methodists add their names to our movement,” said Jan Lawrence, executive director of Reconciling Ministries Network. “I don’t know the exact number of churches and communities in the process, but it is over 100.”

Among traditionalist United Methodists, Boyette said they have seen a 20 percent increase in congregations to the WCA since General Conference. “The WCA represents 1800 churches and 140,000 United Methodists,” he said.