The United Methodist Church in Zimbabwe handed out more than $25,000 in aid to nearly 2,000 Cyclone Idai survivors in the hard-hit Ngangu and Copper communities.

In the Chimanimani district, 169 people died and more than 11,000 were displaced by the storms, according to ReliefWeb, a service of the United Nations Office for the Coordination of Humanitarian Affairs. The March cyclone also left a path of destruction in Mozambique and Malawi, with the death toll now topping 900, according to the BBC.

Nhiwatiwa highlighted the importance of churches in local communities.

“What kind of good news can you preach when people have tears? God is at the heart of everything. We have faith in God — not only faith, but we get into action as we have just donated to the victims. … In the long term, we should have more infrastructures so that when such incidents do occur, we can fully assist the affected communities,” he said. 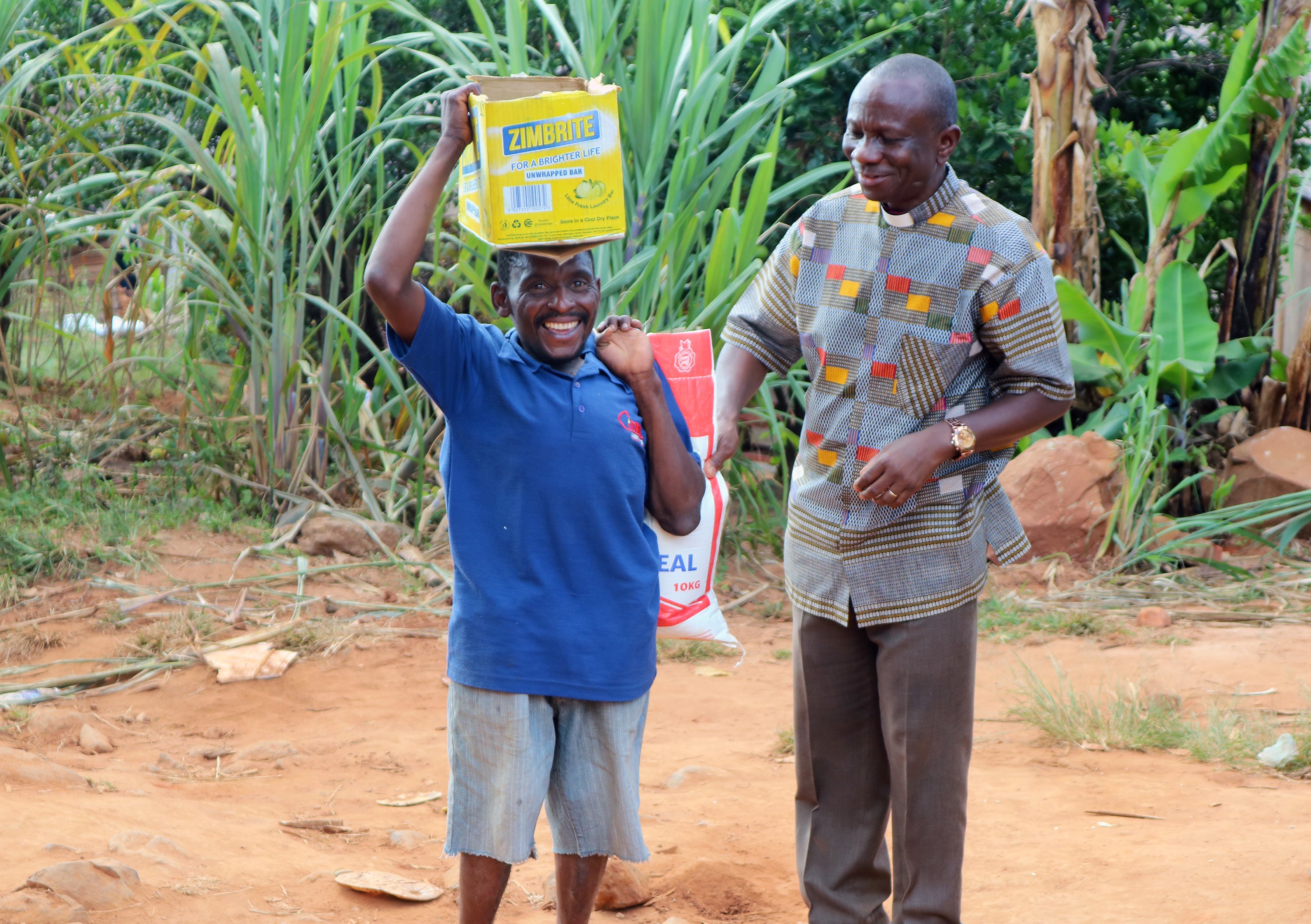 The donation was made possible through a $10,000 emergency relief grant provided by the United Methodist Committee on Relief and support from other United Methodist partners, including the Baltimore-Washington Conference, Norwegian and Zimbabwean churches and the UK Mission Area.

“The church is here to serve, uplift whilst supporting the community. This has brought hope and restored the lives of Cyclone Idai victims,” said the Rev. Alan Gurupira, administrative assistant to the bishop. “God has the power to give harmony while making us instruments of peace.” 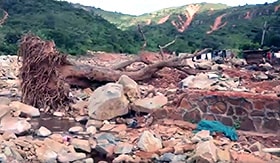 Phillip Mushiri, 78, was among the survivors who came to receive supplies.

“I am now going to cook the food instantly. I had nothing as of now, but this aid has given me something for my family,” he said.

Ngangu United Methodist Church also has become a hub for those who lost their homes in the cyclone.

“Even up to now, we are still staying at the church as we are homeless,” said Emily Giwa, 33.

Irene Musungo said she has been staying at the church with her husband and children.

“I am happy … . The church has good hospitality, both the pastor and the members,” she said.

“We have so many churches, but (The United Methodist Church) is among the few outstanding if not the leading church, which has rendered all-around support, spiritually and materially,” he said.

During their visit, the government and church delegation also toured United Methodist Mutambara Mission Hospital, which was among those overwhelmed with patients during the cyclone.

“We have been sent by President Emmerson Mnangagwa to thank you for the work you are doing, especially the support you have been giving to the government and victims ... . Keep up the good work,” said Sithembiso Nyoni, the Minister of Women Affairs. 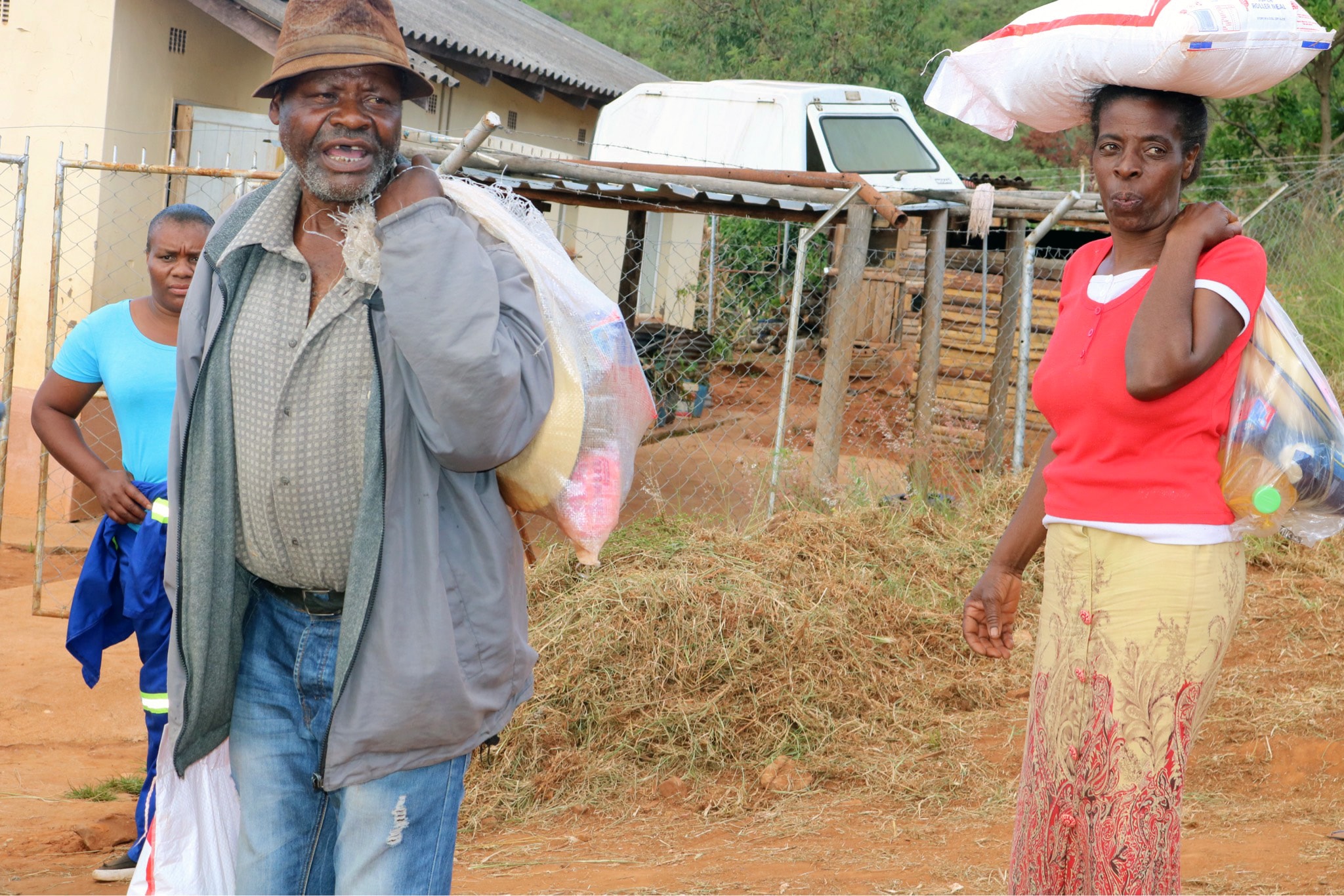 She encouraged the medical staff to work with hope that all the challenges they and others in the medical field are facing will be addressed.

“The president is very appreciative and well-versed with the challenges you are facing and everything is being done to make your work easier and enjoyable,” Nyoni said.

“I would like to thank you, bishop. As (The United Methodist Church), you have reached for everyone, regardless of church affiliation. We assure you that a transparent database of distribution is made and that the donation reaches the intended beneficiaries,” Kambalata said.

Nhiwatiwa said the church hopes to continue to aid those in need.

“After the need assessment by the church, we realized that groceries, utensils and motorbikes will go a long way in assisting victims of Cyclone Idai. That is why we have brought the fifth donation, and we will keep donating more, resources permitting.”

Serving in partnership, the United Methodist Committee on Relief and Connexio Switzerland respond to urgent needs after May 22 disaster.
Disaster Relief

Angola West Conference mobilizes to provide food and other relief as heavy rains destroy homes and other infrastructure.
Mission and Ministry

As families struggle to survive, UMCOR joins Mozambique churches in responding to food, shelter and other humanitarian needs.