The National Association of Schools and Colleges of The United Methodist Church is headed toward a name change and a more expansive membership policy.

But while dropping “United” from its title, the group is still pushing The United Methodist Church to remove restrictions against full LGBTQ participation.

There have been clear tensions between United Methodist-affiliated educational institutions and the denomination, exacerbated by the 2019 General Conference’s passage of the Traditional Plan, which reinforced restrictions against same-sex marriage and ordination of gay clergy.

“Our institutions are committed to inclusiveness,” said Scott Miller, president of Virginia Wesleyan University and NASCUMC. “We do not discriminate.” 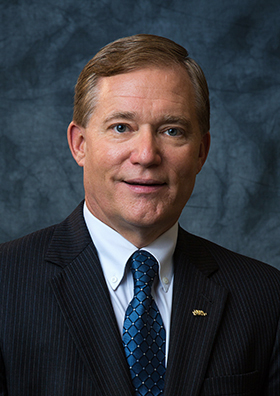 The United Methodist Board of Higher Education and Ministry initiated the organization and remains a close partner.

The Rev. Greg Berquist, top executive of the education agency, describes the United Methodist-affiliated schools as “stewards of the intellectual and spiritual life of the church.”

At their winter meeting, held Jan. 4 at Marco Island, Florida, 85 presidents and other top leaders of NASCUMC institutions approved a six-month process of changing the group’s name and expanding membership boundaries.

The decisions are related.

Under the new name North American Association of Methodist Schools, Colleges and Universities (NAAMSCU), the organization will welcome educational institutions that aren’t United Methodist-affiliated but do have a Methodist background or are affiliated with another Wesleyan denomination, such as the African Methodist Episcopal Church.

The change also opens the organization to schools beyond the U.S., but within North America — as in Canada, the Caribbean or Mexico.

“This is an exciting change for us because it will provide more opportunities for collaboration with educators who share our Wesleyan values and the Methodist commitment to educational empowerment,” said Amy Novak, NASCUMC first vice president and president of Dakota Wesleyan University.

At the recent meeting, presidents and other top representatives of the member institutions signed a joint statement endorsing the creation of a U.S. Regional Conference within The United Methodist Church.

They also affirmed the work of a mediation team that has proposed allowing traditionalist United Methodist churches to separate to form a new denomination, retaining their properties and getting $25 million in United Methodist funds.

Both moves would position The United Methodist Church to remove church policies against same-sex unions and ordination of gay clergy in the U.S. 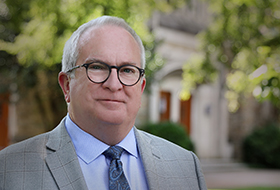 The Rev. Greg Berquist
United Methodist Board of Higher Education and Ministry.
Photo courtesy of GBHEM.
Miller called the creation of a U.S. Regional Conference “a vital step” toward a more inclusive United Methodist Church.

A top official of the Board of Higher Education and Ministry emphasized that a regional conference structure would allow geographical adaptation of church policies.

“Our global connection is so important as United Methodists, especially as a denomination that is closely tied to educational access around the world,” said Mark Hanshaw, who leads the agency’s higher education division and serves as NASCUMC secretary.

Ahead of the 2019 special called General Conference, 93 NASCUMC college presidents signed a statement calling for the denomination to become fully inclusive.

But the General Conference approved the Traditional Plan, causing a backlash by many U.S. churches — and by some affiliated colleges.

Baldwin Wallace University in Berea, Ohio; Randolph College in Lynchburg, Virginia; and the University of Mount Union in Alliance, Ohio, all cut formal ties with the denomination. Miller said about 12 schools, including his own, have essentially put on hold their relationship as they wait to see if the 2020 General Conference will change the denomination’s course.

He added that under NASCUMC’s broader membership rules and new name, Baldwin Wallace, Randolph and the University of Mount Union could return to the group.

Miller told the online news organization Inside Higher Education that he thinks about five Methodist-related colleges could end up affiliating with a traditional denomination that emerges from The United Methodist Church. He confirmed that assessment for United Methodist News.

Though the denomination may be headed toward separation, NASCUMC itself is holding together well, according to Miller.

“We are a very close, almost a fraternal, organization of institutions,” he said.

AU alumni are making a difference in many fields and sharing their blessings with The United Methodist Church in Mozambique.
Faith Stories