Also known as COP 23, the Nov. 6-17 conference will be presided over by the government of Fiji, with support by Germany, as work continues on the enabling frameworks of the Paris climate accord of 2015.

“With a focus on climate vulnerable nations and under the leadership of Fiji as the COP23 President, parties should seek to strengthen their commitments to mitigation, adaptation and finance to realize the goals of the Paris Agreement,” the United Methodist leaders wrote in a letter about the Bonn Conference. 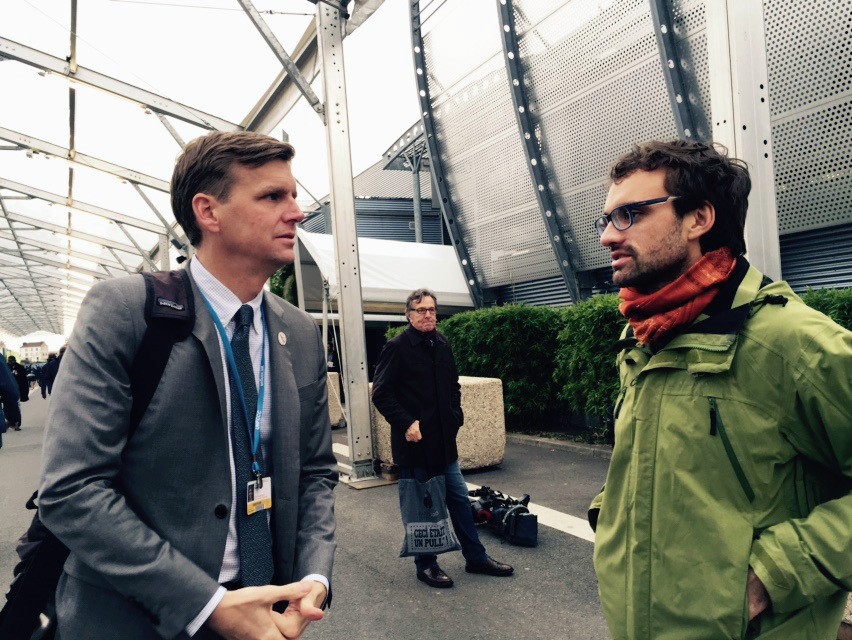 The signers are the Rev. Susan Henry-Crowe, Board of Church and Society; Thomas Kemper, Board of Global Ministries; Barbara A. Boigegrain, Wespath Benefits and Investments; and Harriett Jane Olson, United Methodist Women.

A joint delegation from Church and Society and Global Ministries is participating in the conference’s first week. Both agencies sent delegations to the Paris summit, where they attended panel presentations and discussions, took part in advocacy events and strategy sessions, and participated in worship services.

The United Methodist Council of Bishops and other church leaders expressed disappointment in June over President Donald Trump’s decision to withdraw the United States from the Paris climate agreement, although technically, Phillips pointed out, that cannot happen until 2020.

However, she added, the U.S. can change policies related to the commitments made in Paris. “In effect, they’re pulling out by their actions,” she said.

In the letter posted Nov. 3, the United Methodist leaders applauded those acting on the commitments made in Paris and expressed concern about other actions that could destabilize the agreement.

“We urge world leaders to listen to the voices and experiences of those most impacted by climate change and strengthen our common commitment to justice, stewardship and sustainability,” the letter said.

As local governments and civil society increase their own commitments to the Paris accords, Phillips said, she sees “signs of hope that change can still happen.”

Hill noted that it is important for the denomination to demonstrate its concern for vulnerable populations. “The United Methodist Church remains committed and moving forward to mission investment and advocacy related to climate,” Hill said.

One goal is to build capacity to help United Methodists address climate change in their own countries, he said.

Emmanuel, the team member from Nigeria, intends to use what he learns in Bonn to help develop strategic plans for communities in the church’s Southern Conference.

Deforestation, bush burning and the use of hazardous chemicals in farming and fishing have contributed to floods and drought, “forcing thousands of farmers and herdsmen to migrate in search for a greener pasture for their livestock, thereby causing a violent conflict between them,” Emmanuel told UMNS. In addition, more than 6,000 people in Nigeria, mostly women and children, died from the flooding, with more than 3 million displaced.

“As a minister for congregational and community engagement, I see transforming the world as the same as protecting (against) these ill human practices through community organizing to educate and inform faith communities, community leaders and other stakeholders in Nigeria to take action on leaving a healthy planet for our next generation,” he said.

Phillips trains and equips the church’s annual conferences on creation care ministry. “We’ve gotten a terrific response from folks who feel excited and empowered to address climate care issues in their communities,” she said.

To help people feel connected to the Bonn climate summit, Global Ministries has prepared a downloadable prayer guide for use as a resource. The guide includes a daily short reading and prayer to allow church members to join with the United Methodist delegation’s efforts during the first week of the conference. 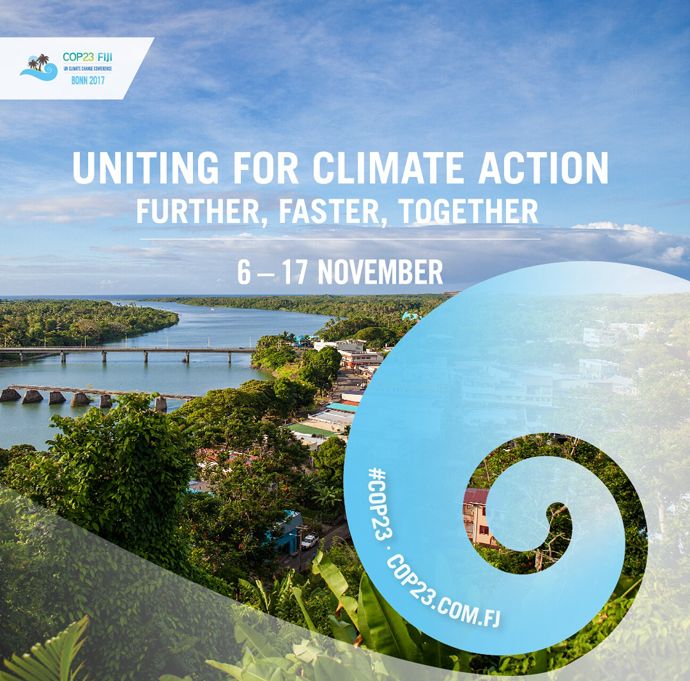 While COP23, with its focus on technical implementation, may draw less public interest than the Paris conference, the lead role of Fiji  — a Pacific island nation already affected by climate change — “could raise awareness of the urgency of the matter,” said Obergfell of the Germany Central Conference.

His country, now in a national post-election period, also needs pressure to honor its commitments, Obergfell noted. “Although the German government likes to portray itself as a ‘climate champion,’ Germany still gets more power from coal than from renewable sources,” he said.

United Methodists in Germany, in alliance with other churches and nongovernmental organizations, are calling upon the government to implement the Paris agreement, speed up the energy transition and commit to phasing out coal, Obergfell said.

“We call for this transition to be rapid, planned and socially just, so it not only offers hope to the already affected people like the inhabitants of Fiji Islands, but also for workers and mining regions in Germany to ensure a sustainable future for us all.”

Hill said the delegation hopes to learn “how to be better allies” with people in places, like Fiji and Nigeria, already struggling with problems caused by climate change.

One way to accomplish that goal is to support United Methodists as they broaden their engagement in climate issues in their own countries. “One thing that we learn when we are in these international conversations … is that countries can only commit internationally what they can deliver at home domestically,” he explained.