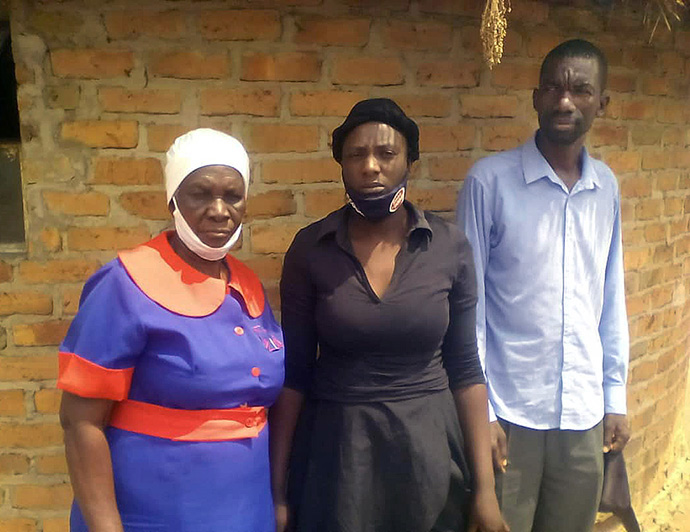 The brutal murder of a 7-year-old boy in a suspected ritual killing has left United Methodists in Zimbabwe shocked and grieving.

Police have charged 57-year-old Tapiwa Makore Sr., the boy’s uncle, and Tafadzwa Shamba, 40, a herdsman, with murder. Both men remain in custody. If convicted, they could face life imprisonment or the death penalty.

“Our shock turned to horror when we realized that one of our own was among the suspects for the gruesome murder,” said Alice Makore.

“The pain etched in my heart is more than enough to last my lifetime. Life will never be the same for me,” she said, sobbing.

According to police, the boy was abducted while he was attending to the family’s vegetable garden on Sept. 17.

In a video released by police detectives and published on The Herald website, Shamba is shown telling police in Shona that he kidnapped, drugged and mutilated the boy in order to sell his body parts to a witch doctor for $1,500 (U.S.). Police are still searching for the witch doctor, whose name has not been released.

The boy’s torso was found the day after he went missing, according to police.

“I am still struggling to come to terms with the tragedy,” said Alice Makore. “As a Christian, I understand that death is part of us and we can never escape it, but dying in such a painful manner makes it unbearable.”

Munyaradzi Makore, Tapiwa Jr.’s father, said that his brother’s alleged involvement has made the situation even more difficult, noting that Tapiwa Sr. even helped search for his son after he was declared missing, he told The Herald newspaper.

“He would strengthen me with words of hope that the boy could be alive somewhere,” Munyaradzi Makore said.

Linda Munyori, the boy’s mother, said it has been hard for the family to find closure for “this senseless killing.”

“As a family we have been robbed of a life and an opportunity to get his full body for a befitting burial,” she said.

The Rev. Alan Masimba Gurupira, administrative assistant to Bishop Eben K. Nhiwatiwa, said the incident is a result of deep-seated evil in some members of society.

“Such people believe in achieving their goals through ritual murder, yet modern societies have since determined that success comes through hard work,” he said. “The gruesome murder of a child calls for the church to engage communities in teaching about the value of life.”

The Rev. Mollen Rafemoyo, pastor-in-charge at Nyamutumbu United Methodist Church, said that even amid the tragedy she has seen God at work.

“It was painful and a great loss of a young boy, full of life with a promising future,” she said. “(But) my experience after the grisly murder of Tapiwa demonstrated the presence of God in controlling the tempers of people. If God was not upon them, anything would have happened, even another murder,” she said.

She said the incident has instilled fear in children and adults, who no longer feel safe walking alone or late at night.

In the wake of the killing, Tichafa Magora, headmaster for Nyamutumbu Primary School nearby, applied to the Ministry of Primary and Secondary Education for permission to end school lessons at 3 p.m. instead of 4:30 p.m.

“I have applied to the authorities to be permitted to dismiss children early so that they reach home safely,” Magora said.

“Tapiwa was like my own child, a quiet and innocent boy. I could not believe that his life was cut this short,” Makamure said. “To his parents, it is sad to lose your only son. May his soul rest in eternal peace.”

Through outreach and a weekly worship service, leaders of Seke East United Methodist Church in Zimbabwe have helped inspire First Street residents to make changes and embrace their faith.