At predominantly black Holman United Methodist Church in Los Angeles, many members have roots in the Deep South, and some look specifically to South Carolina as home.

“The distance between Los Angeles and Charleston is nonexistent for us now,” said the Rev. Kelvin Sauls, Holman’s senior pastor. “That’s how close people feel.”

As his church grieves, it’s also working through how to make sure people feel both welcome and safe on its campus in the aftermath of a highly publicized, horrific attack on a fellow black church.

“We are looking at how we balance hospitality and security,” Sauls said. “That’s really a huge piece for me.”

Across the United States, churches have responded to the Emanuel AME killings with everything from prayer vigils to donations to political activism. But security reviews have been a big part of the mix.

That’s particularly true at African-American churches, given that the young white man charged with the crimes, Dylann Roof, had a well-documented preoccupation with white supremacy.

Even as word of the Charleston tragedy was getting out, the Rev. Robin Dease, superintendent of the South Carolina Conference’s Hartsville District, was thinking about church safety.

“The minute that news hit the airwaves I did an email to all of my pastors in the Hartsville District, asking them just to be diligent and aware of their surroundings, and also making sure that persons going in and out of the church are safe and not alone,” Dease said.

Dease, an African American, has in the wake of the Charleston shootings heard from pastors whose church members have asked if they should bring a gun to worship. She’s glad the pastors have discouraged that.

“We’re not going to live in fear,” she said. “It’s still about the church being a beacon of hope and life.”

But for her, common sense dictates “stepping up our game” in security.

That’s been the approach at New Francis Brown United Methodist, a predominantly black church about a 10-minute drive north from Emanuel AME. One big change has been with the Tuesday afternoon and Wednesday night Bible studies.

Strangers can come in, but he screens them first.

Church security, like home security, has long been a big business, involving alarm systems and consultants and addressing everything from natural disasters and theft to visits by the mentally ill or sexual predators.

Even the Federal Emergency Management Agency is involved, putting out a “Guide for Developing High-Quality Emergency Operation Plans for Houses of Worship,” which includes what to do in the case of an active shooter.

FEMA provided copies of the guide to historic Asbury United Methodist, a predominantly African-American church in Washington in the wake of the Charleston shootings.

Well before those shootings, Saint Mark United Methodist Church in Wichita, Kansas, had made security a priority. One reason is that it’s about three miles from Reformation Lutheran Church, where in 2009 George Tiller, a doctor who performed late abortions, was shot to death while handing out bulletins as a church usher.

At Saint Mark, there’s a buzzer system to get into the church during the week, and men of the church, dressed in red, provide a visible security presence at worship services, said the Rev. Junius Dotson, pastor.

“We have come a long way,” Dotson said. “We absolutely have made progress. But the South Carolina event just reminds that we have a long way to go.”

Myers Park United Methodist Church in Charlotte, North Carolina, has raised money to help rebuild nearby Briar Creek Road Baptist Church, which was deliberately set on fire. While authorities are still investigating the motive, this arson of a black church has been one of several in the Carolinas in the general time frame of the Charleston tragedy.

“Our people are feeling a kind of holy rage against the racist hatred and violence out there, so helping a church right here is a small step in what we hope will be a larger journey for all of us toward a more just society,” said the Rev. James Howell, pastor of Myers Park United Methodist Church.

'A level of urgency'

“When we look at what happened in Charleston, that could have happened anywhere,” said the Rev. Wynston Dixon, pastor of Braden United Methodist, a predominantly African-American church.

But Dixon has been working through the question of balancing security and hospitality, and is leaning hard toward the latter.

“The house of God should always be open to anybody who wants to come,” he said. “I thought about it, but I have not made a (security) move, and I don’t think I will be making one.”

Dixon wants his church, and The United Methodist Church, to clear its throat.

“The issue of race and racism, even in the church, needs to be addressed more openly, more often,” he said.

Sauls, pastor of Holman United Methodist, agrees. As a native South African, he was stung by seeing Facebook photos of Dylann Roof, taken before the shootings, wearing jacket patches showing the old flag of South Africa and the flag of Rhodesia, now Zimbabwe. Both flags flew over countries notorious for apartheid.

“It gave me flashbacks, because I was born under that apartheid flag,” Sauls said.

But while Sauls is all for confronting lingering racism in the United States and the church, he’s also feeling that his church must do more to make sure its campus is safe. A task force formed by the church trustees was already at work on a strategic plan for security when the Emanuel AME shootings occurred.

“What happened in Charleston has affirmed that work and really has now moved it up to a level of urgency,” Sauls said.

The task force has reported back to the congregation the five focus areas of the plan, and will be working on details.

Meanwhile, Holman recently hosted an interfaith meeting and press conference with leaders from other houses of worship and nonprofits nearby, and one outcome was an agreement to form a collective rapid-response team in case any of their sites comes under attack. 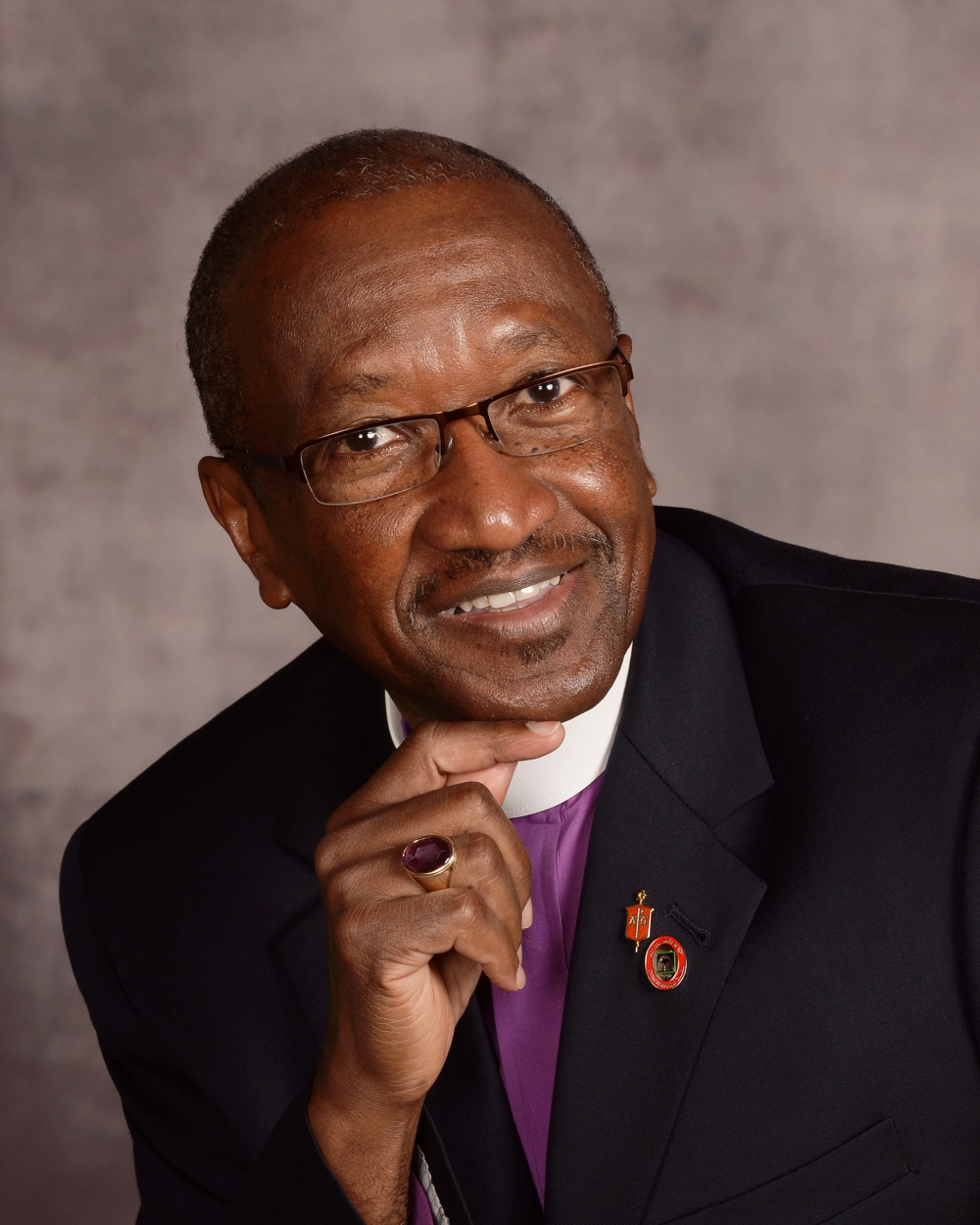 2012 file photo courtesy of the Council of Bishops

Bishop Marcus Matthews, who leads the Baltimore-Washington Conference, is a South Carolina native and was active in civil rights demonstrations. He shares how he would like the church to respond after the massacre in Charleston.

Back in South Carolina, the tension level has remained high, in part because of a series of black church fires there and in North Carolina. The most high profile was the Mount Zion AME Church in Greeleyville, South Carolina. That church was burned by the Ku Klux Klan in 1995, but authorities believe the recent fire probably owed to lighting.

The Rev. James Friday, an African American and superintendent of the Greenwood District of the South Carolina Conference, said last week that he plans to meet with local sheriffs to push for greater patrolling of rural churches.

Friday is encouraged by what he’s heard from his district’s black churches since the Emanuel AME shootings.

“They will not allow anyone to keep them from worshiping God,” he said. “The sentiment is, `That’s what the enemy wants.’ ”

Friday also believes that security vigilance is going to be needed for the long term — in part because he feels a backlash coming to efforts to remove the Confederate flag from the South Carolina Statehouse grounds as one tangible response to the Charleston church shootings.

Friday has often driven by a home in his district where the owner flew a single Confederate flag in the yard.