A three-day lockdown in Sierra Leone begins Sept. 19 as the government tries to stem the Ebola outbreak and find new cases of infected people who may be living in villages.

Attempts to stop the spread of the virus have been ineffective up to this point and the death toll in West Africa is at least 2,630.

Yambasu has been a major voice of hope and education for the people in the beleaguered country since Ebola first appeared in May.

ways you can help

Read full coverage of The United Methodist Church’s response to the Ebola outbreak and donate online to United Methodist Communication’s efforts to help the denomination distribute information about the disease at www.umc.org/ebola.

Since mid-August, Yambasu and Bishop John Innis, leader of the church in Liberia, have been in partnership with United Methodist Communications, sending daily SMS text messages about health information and spiritual care to the district superintendents and pastors in Sierra Leone and Liberia.

Future messages will address topics such as proper handling of the dead and safety guidelines for events such as worship, weddings and funerals, Yambasu said.

A $10,000 grant from United Communications also helped church officials in the two countries use a variety of media to share life-saving information.

Yambasu predicts the lockdown will be hard for people who sell products in the marketplace and those who provide public transportation.

“Prolonging the lockdown would be unbearable for the market women, taxi drivers and traders who eke out a living from trading,” he said.

About 21,000 police and soldiers will be deployed with health care workers to keep people off the streets and inside their homes.

The World Health Organization says that about $1 billion is needed to tackle Ebola — but nations, organizations and donors have in total pledged just $838 million to fighting the crisis, and just $155 million of that sum has in fact been delivered, TIME reported on Wednesday.

Jusu said health care workers are being ostracized, shunned and rejected by family members out of fear they will bring Ebola into their homes. The government has started providing apartments to all health care workers evicted from their family homes, he said. 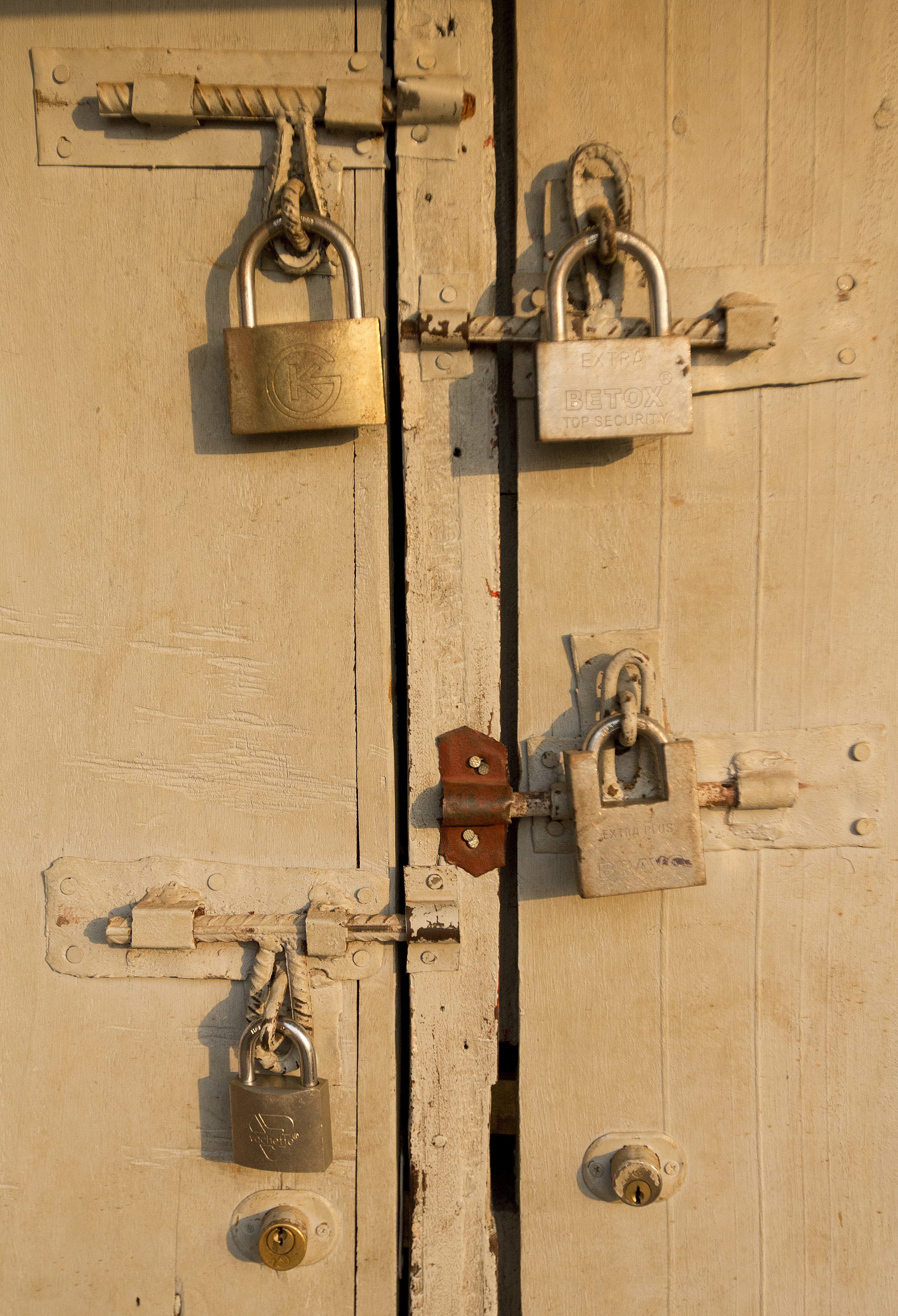 A market stall in Freetown, Sierra Leone, is padlocked during the early morning hours in this April 2014 file photograph. Photo by Mike DuBose, UMNS.

In one community that has a high rate of infection — Port Loko — Yambasu said there is a rumor that a “witchcraft airplane that crashed in the town is causing many people to die.”

The economy is in disarray as the cost of essential items skyrocket while people are losing their jobs because businesses and institutions are closing.

Schools normally start in September, but exams have been deferred nationwide and schools forced to close.

“No one knows when schools and colleges will reopen,” Yambasu said. “This places our children’s education at risk.”

Churches are also suffering because religious activities like pilgrimages to holy lands, weddings, camps and pastor’s retreats are all suspended. Some churches have even cancelled regular Sunday services.

The United Methodist conference office has had to make changes.

“We have temporarily scaled down operations by sending on leave some of our staff including the most vulnerable workers who use ‘poda poda’ (public transport) to come to work each day in order to reduce the risk of contracting the disease,” he said.

The conference in Sierra Leone is also shifting its focus to training health care workers and providing them with personal protective equipment.

“As more hospitals close within the country, we want our UMC health facilities to remain open and be there for the people,” Yambasu said.

Yambasu said the conference’s Ebola response team is developing a plan for next steps including:

“In Freetown, a young woman died of appendicitis because she was taken to two separate hospitals and no doctor was willing to touch her,” Yambasu said. “Her appendix eventually ruptured and she died. This means that it is no longer Ebola alone that is killing people. People are now dying of very common diseases that can easily be treated.”

Information for this story was provided by Sierra Leone Bishop John K. Yambasu and Phileas Jusu, Sierra Leone communicator. Gilbert is a multimedia news reporter for United Methodist News Service. Contact her at (615) 742-5470 or [email protected].