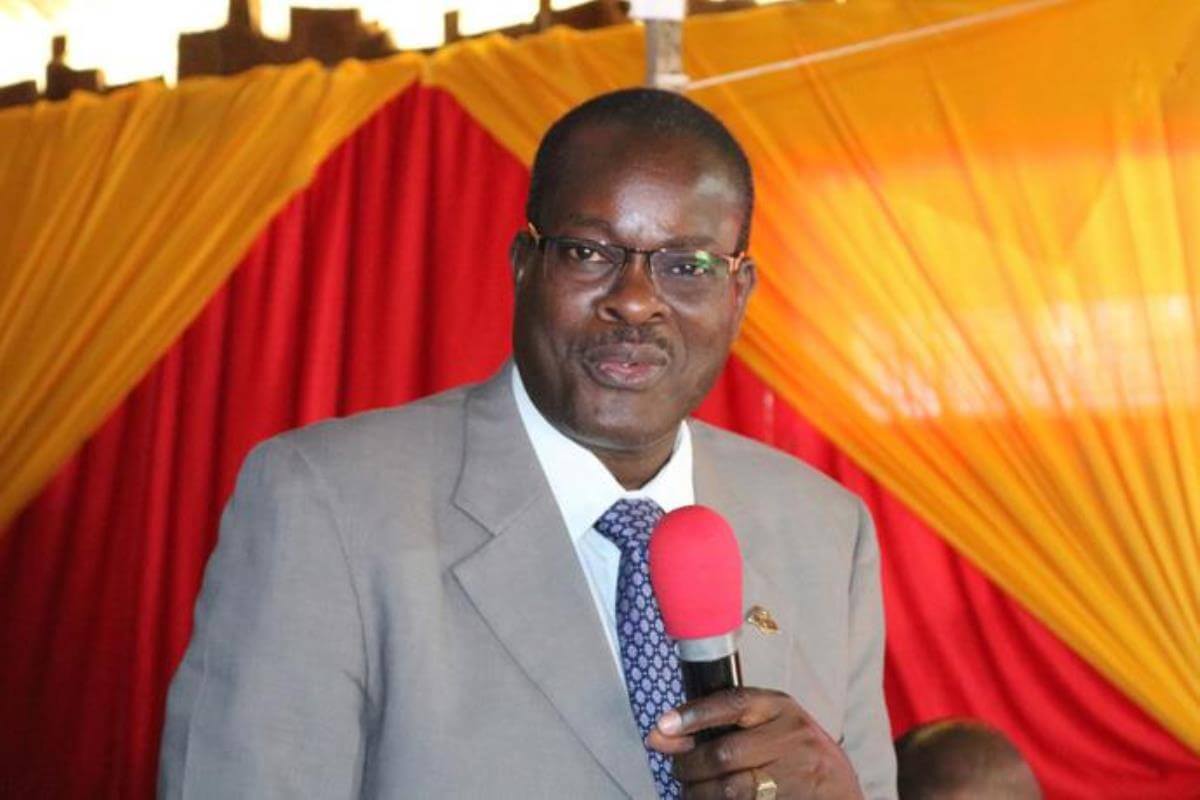 Bishop Daniel Wandabula, the resident bishop of the East Africa Episcopal Area, gives the conference welcome message during the 2019 Kenya-Ethiopia Annual Conference in Meru, Kenya. The General Council on Finance and Administration board denied the bishop’s request for an emergency grant and urged him to address longstanding auditing issues. File photo by Gad Maiga, UM News.

• East Africa Bishop Daniel Wandabula sought an emergency grant that he said was necessary to stop a creditor from selling church property.

• However, both the denomination’s finance and mission agencies continue to withhold funds amid long-running concerns about how his episcopal office handles finances.

The United Methodist Church’s finance agency is urging a bishop to resolve long-standing auditing issues after he requested an emergency grant.

East Africa Bishop Daniel Wandabula sent a letter in June seeking a grant of U.S. $65,063 that he said was necessary to stop a creditor from selling episcopal office property.

However, both the denomination’s finance and mission agencies have withheld funds from the East Africa episcopal office for nearly a decade amid continuing financial concerns.

At a July 30 online meeting, the General Council on Finance and Administration board voted unanimously to deny the bishop’s request, citing insufficient documentation.

The Board of Global Ministries earlier had denied the same appeal for funds, said Roland Fernandes, the mission agency’s top executive.

The GCFA board instead encouraged the bishop to work with both the finance and mission agencies to help reconcile its audit issues, “so new relationships can be built and the needs of the people of the East Africa Episcopal Area can be better served.”

In an Aug. 2 press release, the finance agency announced that it had notified the bishop of the board’s decision.

Wandabula did not immediately respond to United Methodist News’ request for comment.

The GCFA board’s decision is the latest development in a financial dispute that goes back 20 years and through multiple changes in leadership.

Auditing problems first surfaced in East Africa in 2000 before Wandabula was elected bishop, according to GCFA. He became bishop in 2006.

But problems persisted, GCFA said in background information provided to its board.

In addition to the auditors’ concerns, members of the Western Pennsylvania Conference raised their own questions about whether more than $100,000 they gave to East Africa was used as the donors intended.

Matters came to a head after Global Ministries conducted three unfavorable audits from April 2011 to June 2012 that left questions of how Wandabula’s office used more than $757,000 in church funds.

Global Ministries suspended mission funds to what was then the East Africa Annual Conference. That meant United Methodists no longer could give to East African mission projects in the region through the Advance, the denomination’s designated-giving program.

The General Council on Finance and Administration followed suit, urging all United Methodist agencies, conferences and churches to halt funding through Wandabula’s office.

The finance agency took the additional step of setting a lower salary for Wandabula, starting in 2013, until he answered the auditing questions. It also joined Global Ministries in filing a complaint against Wandabula under church law.

The Judicial Council, the denomination’s top court, ruled in a 5-4 decision that the finance agency had overstepped its authority in reducing the bishop’s salary and ordered the lost compensation restored.

The complaint against Wandabula — like the auditing issues — remains unresolved despite efforts at mediation.

In his June letter, Wandabula cited the lack of general church support as contributing to his office’s current predicament.

He wrote that his office received two loans in 2016 to construct a girls’ dormitory for a school and set up a poultry farm. He said that the farm “was intended to enhance practical learning for our children and generate funds to support the Church projects since the Episcopal Office was no longer receiving any support” from the two agencies.

Wandabula wrote that an outbreak of Newcastle disease led to the death of some 54,000 birds and he was unable to renegotiate a loan repayment plan with one creditor, Micro Finance Uganda. He said the creditor now intends to sell the property that houses the episcopal office, a theological school and primary school.

However, GCFA board members found that his letter left plenty of questions. The letter included a copy of a newspaper advertisement and a photo of a building with “For Sale” spray-painted on the side. However, Wandabula did not include any loan or other financial documents.

Fernandes of Global Ministries told United Methodist News that he has been in touch with Wandabula and hopes to meet with the bishop face-to-face to resolve the long-running financial issues. However, because of the COVID-19 pandemic, the two have not been able to set a date.

“Moving forward includes resolution of the past, but we are open to have that conversation,” Fernandes said.

North Texas Conference Bishop Michael McKee, president of the GCFA board, echoed that sentiment. In the press release, McKee noted that both the finance and mission agencies have been in conversation with Wandabula and his cabinet for years trying to resolve the concerns raised by financial professionals.

“We are all praying God’s grace and peace in this area of our work to be transparent about the funds provided by the faithful people of The United Methodist Church.”