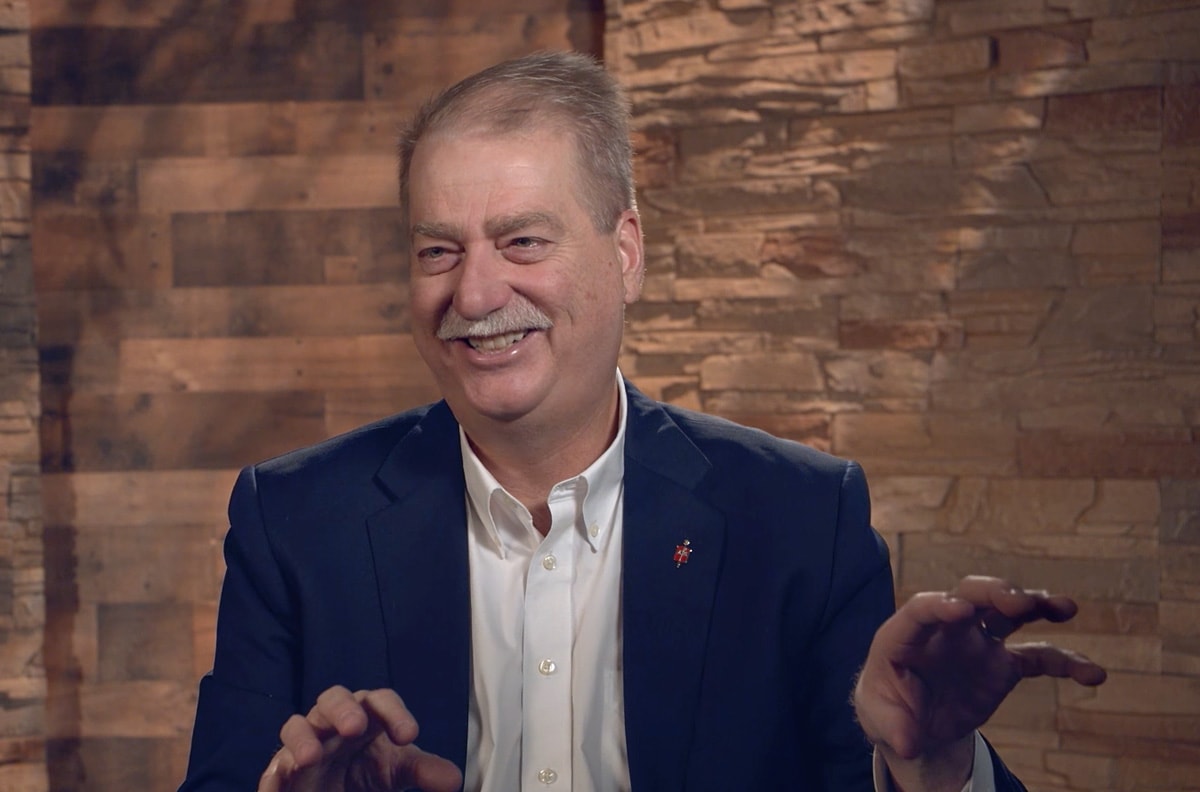 Bishop Kenneth H. Carter, president of the Council of Bishops, discusses his ideas for the interim time as the church works toward its future. He proposes a moratorium on the complaint process related to LGBTQ infractions alongside a loosening of the trust clause. Video image courtesy of UM News.

In the interim, Bishop Kenneth H. Carter has an idea he hopes might keep the peace in a multinational denomination that remains divided over homosexuality.

The Council of Bishops president suggests a moratorium on church trials related to LGBTQ individuals, while at the same time loosening the denomination’s trust clause to allow congregations to leave with property.

“I wonder if we could unite those two concerns,” he told UM News.

He describes the idea as a compromise for progressives who see harm in the denomination’s LGBTQ restrictions and traditionalists who want to walk away from what they see as a disobedient church.

However, advocates on different sides of the theological debate have their own misgivings about the idea.

Carter shared his suggestion during an interview with UM News staff about the road to General Conference 2020.

Carter’s proposal is neither legislation nor a directive. However, bishops do have a role both in handling the denomination’s judicial process and working with congregations seeking to withdraw.

The full Council of Bishops will meet Nov. 3-6 at the Lake Junaluska Conference and Retreat Center in western North Carolina.

Carter also serves as bishop of the Florida Conference, where efforts continue to resolve a complaint against a pastor who performed a same-sex wedding in violation of church law.

“In our annual conference we’ve done a lot of work with restorative justice, which is not starting with what law was broken but who has been harmed, and to try to restore people,” Carter said.

“I remember talking to a traditional evangelical conservative pastor about a trial … and I said to this person who serves a large vital church, ‘If this person has a trial, this person will get more general media coverage than you will in your lifetime. And I don’t think that’s fair,’” he said.

“Equally important,” he added, “is the harm it does to people, the fear people have about losing their livelihood, about being caught between wanting to be a part of a service for someone in their family or a close friendship and the calling they have to serve as a pastor.”

Over the past four years, Carter has held a front-row seat in the denomination’s deepening debate over the status of LGBTQ people, interpretations of Scripture and the future of ministry together.

He served as one of three moderators of the Commission on a Way Forward, the 32-member panel charged with finding ways through the denomination’s impasse.

He gave the opening address at the special 2019 General Conference that, by a 438-384 vote, adopted the Traditional Plan — one of three proposals to emerge from the commission’s work. That plan strengthens enforcement of bans on same-sex weddings and “self-avowed practicing” gay clergy in the denomination’s Book of Discipline.

In the months since, some United Methodists have expressed relief at the special session’s outcome while others have taken steps to resist. Meanwhile, the drumbeat to separate the church along theological lines has only grown louder.

The denomination’s top lawmaking assembly will hold its next regularly scheduled session on May 5-15 in Minneapolis. A number of plans that seek some form of separation will be before the delegates.

Three of the plans submitted to General Conference — the Indianapolis Plan, the New Expressions Worldwide (N.E.W) Plan and UMC Next Generation Plan — include some hold on church complaints related to LGBTQ restrictions and some way of easing the path for churches to leave with property.

But backers of the three plans had different reactions to Carter’s suggestion.

The Rev. Ginger Gaines-Cirelli of UMCNext, a coalition of progressives and centrists who developed the Next Generation Plan, said the group was grateful to see Carter’s proposal.

“The support from so many United Methodists, including UMCNext leadership, to create a way for churches who desire to move out of the UMC to do so while retaining all property is a historic moment in the life of our denomination,” said Gaines-Cirelli, a General Conference delegate.

“In order to create the climate in which everyone can do the difficult work of finding legislative solutions to accomplish that — along with the other critical needs of our church in this moment — a moratorium on trials is necessary.”

The centrist group Mainstream UMC, which is part of UMC Next, launched a petition drive Oct. 30 to urge bishops to call for a moratorium on complaints. As of the night of Oct. 31, the Rev. Mark Holland said the group had 4,200 signatures.

However, the Rev. Thomas Lambrecht — vice president of the traditionalist advocacy group Good News — called the idea “a non-starter.”

“For one thing, he does not have the authority to loosen the trust clause,” he said. “That is something only General Conference could do (or I suppose an annual conference might do so, as well). So an immediate moratorium in exchange for later loosening the trust clause is not a fair exchange.”

Lambrecht, a member of the Way Forward Commission, worked with a coalition of traditionalists, centrists and progressives on the Indianapolis Plan.

“Second, such an exchange would give free rein to anyone to disobey the Discipline between now and General Conference,” he said. “That is not acceptable to traditionalists.”

He added that traditionalists would endorse "a moratorium enacted by General Conference as part of an overall resolution of the conflict."

“Bishop Carter’s proposal sets up a false equivalency — do something now (a moratorium) on the promise of something to be done in the future (a trust clause release),” Boyette said. “If Bishop Carter is serious about his proposal, he should persuade the Council of Bishops to adopt a policy of not enforcing the trust clause against withdrawing churches now.”

Leaders of the UM-Forward, which developed the N.E.W. Plan, also see a false equivalency in Carter’s proposal, but a different one. They cheered the moratorium but were leery of uniting it with real estate concerns.

“I understand the negotiating nature of the proposal, and the fact that church buildings hold emotional value, but trials are about people, while the trust clause is about the steeple,” said the Rev. Alex da Silva Souto.

The Rev. Jay Williams, a General Conference delegate, put it this way: “While the Gospel of Jesus Christ never sanctions a quid pro quo that trades people for property, a moratorium will be a long overdue step toward justice and liberation for queer and trans people.”

Even if delegates adopt some version of separation, Carter said, any of the plans will take years to implement.

After General Conference, he said, annual conferences — church regional bodies around the globe — will meet over the next eight months.

Jurisdictional conferences in the U.S. are scheduled to meet in July, and central conferences in Africa, Europe and the Philippines will have their own meetings into spring 2021. Some plans call for additional gatherings to iron out separation details or chart a new future sometime before 2024.

“We will at least be on this journey for the next two-three years,” he said. “And so my interest in those two matters is how can I take some of the anxiety out of the system that will allow us to work together.”