Pastors just starting out and those with years of experience turned to Bishop Kenneth W. Hicks as a trusted and compassionate adviser.

“There are some bishops whose mannerisms are such that you don’t want to make them mad. But with Bishop Hicks, I didn’t want to disappoint him,” said the Rev. Rodney Steele, who was ordained by Hicks and is now nearing his own retirement as an Arkansas district superintendent.

“I just felt like he always had the best interests of the church and people at heart.”

Steele and other United Methodists remember the retired bishop as a leader who not only kept peace among churchgoers but also worked for peace worldwide. They also remember him as someone who shared the love of Christ.

As bishop, Hicks led conferences in Arkansas from 1976 to 1988 and then conferences in Kansas until 1992. He returned to Arkansas where he was bishop-in-residence of Pulaski Heights United Methodist Church in Little Rock for nearly three decades.

“He truly was a Christian gentleman. He was honorable in his treatment of other people and expected that they would do the same,” Steele said. “He was passionate for world peace, and yet I saw him over and over again focus on individuals.”

The Rev. Cherie Baker called him “the very incarnation of kindness and wisdom, but funny and personable as well.” Hicks was her bishop when she entered the ordination process.

“His life was a template of how we should journey through life: living fully, loving deeply and learning every day,” Mueller said in statement. 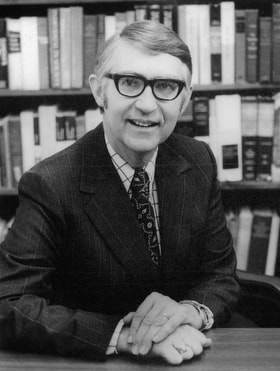 Hicks was born June 18, 1923, in LaHarpe, Kansas. He earned his undergraduate degree from York College in York, Nebraska, and Master of Theology from United Methodist Iliff School of Theology in Denver.

He first served churches in Colorado in what was then the Rocky Mountain Conference before returning to Nebraska. There, he served multiple appointments including as district superintendent. He was pastor of Trinity United Methodist Church in Grand Island when he became the first Nebraskan elected as bishop in the South Central Jurisdiction.

The Rev. Victor H. Nixon attended that jurisdictional conference, which happened to be in Lincoln, Nebraska, that year. He went on to serve Hicks on the Arkansas Conference staff for six years.

When in 1992 Nixon became senior pastor of Pulaski Heights, he welcomed Hicks’ willingness to serve as the church’s bishop-in-residence.

“He really didn’t want much compensation. He just wanted an office and to be a part of what was happening in the congregation,” Nixon said.

“To have him there as a consultant and friend … he was just invaluable.”

Even as Hicks spent many years of ministry in the American heartland, he remained passionate about promoting international relations.

As a pastor, he was a member of the International Evangelistic Crusade in Cuba in 1957. As bishop, he was a peace delegate to Nicaragua in 1985 and 1989.

He also served as president of the national division of the United Methodist Board of Global Ministries and later as a member of the mission agency’s world division.

“His concept of peace was rooted in the biblical concept of shalom and all that that really implies — a sense of faithfulness and well-being and care for the other,” said Nixon, who is now retired.

Hicks shared his practices for peacemaking in his 2010 book “Peace Flowing Like a River.” He wrote of “a desperate need for humankind to wake up and see what peace, justice, prayer, hope, and love can do.”

But as serious as he was about peace, the bishop also was a lot of fun and frequently had people in stitches, Nixon said.

Steele also fondly recollected Hicks’ humor. Near the end of Hicks’ final annual conference as Arkansas’ presiding bishop, Steele recalled, the bishop told those gathered he wanted to say something momentous for the occasion “like this gavel in my hand is made from the peg leg of a missionary.”

“We just fell down laughing,” Steele said, still chuckling at the memory.

The Rev. David A. Moore, a fellow Arkansas pastor, described Hicks as down to earth. Moore once invited Hicks to preach at First United Methodist Church in Nashville, Arkansas. That Sunday, Moore was dressed as a pumpkin to open his congregation’s pumpkin patch. Hicks just rolled with it.

The Rev. Evelyn Fisher, retired from what is now the Great Plains Conference that encompasses Kansas and Nebraska, said Hicks had a way of putting people at their ease.

He also was the first to suggest she had leadership potential at the conference level. She would go on to be a district superintendent and director of congregational excellence.

“He led in a very egalitarian way,” she said.

“We grieve his death and we will never be able to replace this spiritual giant who lived and served among us,” Skarda wrote.

Hicks is survived by his wife, Elaine, daughters Linda and Debra, grandchildren Kiley and Spencer.

A Service of Resurrection will be at 11 a.m. CDT June 28 at Pulaski Heights United Methodist Church, 4823 Woodlawn, Little Rock, Arkansas. Nixon will preach the sermon.

Recent meeting brought together a range of traditionalist leaders to clarify what a separating church should look like.
Social Concerns

The United Methodist bishop successfully oversaw the merger that formed the Indiana Conference. He also strove for a big-tent Methodism.