The board of The United Methodist Church’s finance agency urged congregations and other denominational bodies to continue withholding funds from the East Africa Conference until it can ensure accountability.

The board of the General Council on Finance and Administration made its announcement May 20 after it agreed to repay the full salary to East Africa Area Bishop Daniel Wandabula as ordered by the Judicial Council, the denomination’s top court.

The board also warned that auditing issues that originally led it to reduce the bishop’s pay and join a formal complaint against him are unresolved. Wandabula faces longstanding questions for how his episcopal area has used more than $757,000 in church funds.

The Africa Central Conference College of Bishops is still adjudicating that complaint.

“We find there is misunderstanding in the church about the Judicial Council decision,” said Indiana Area Bishop Michael Coyner, president of the finance agency’s board. “That complaint is not finished, and we are still supporting withholding of funds … until the complaint is resolved or the deficiencies in that audit are resolved.”

Funds Reinstated to Another Bishop 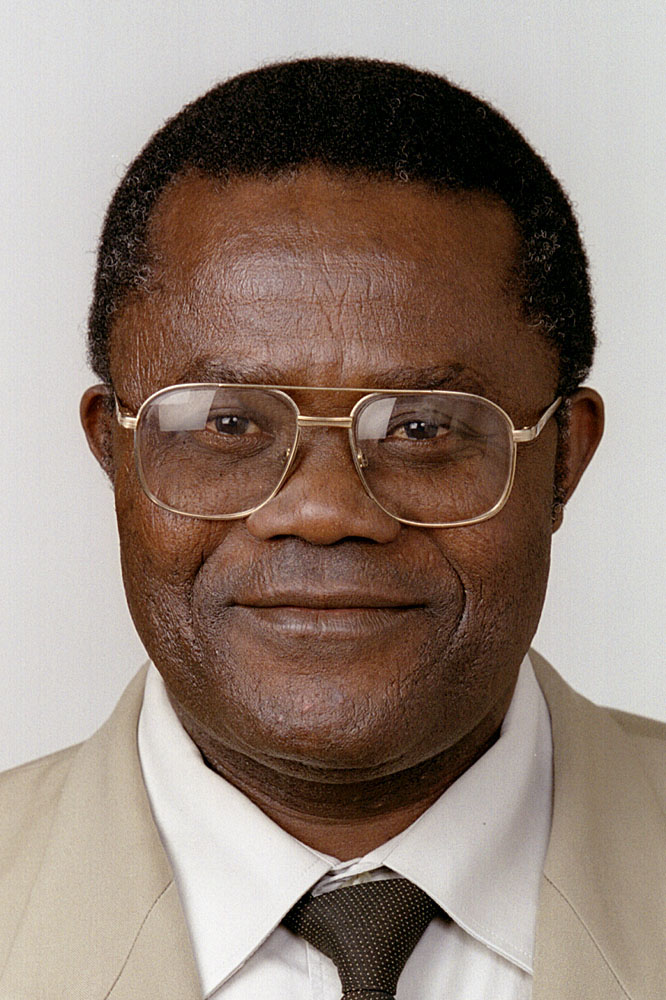 The General Council on Finance and Administration board announced it had received completed audits from East Angola Area Bishop José Quipungo’s episcopal office.

The Judicial Council, in its ruling on Bishop Daniel Wandabula’s salary, upheld the General Council on Finance and Administration’s authority to set the amount for bishops’ housing allowances and office expenses.

General Conference, the denomination’s top policymaking body, requires bishops’ offices to submit to an audit each year based on approved International Standards on Auditing. If a written report is not provided to the finance agency by July 31 of the following year, the agency will “have the right to suspend funding to the episcopal area.”

Since September 2012, the finance agency has recommended that United Methodist agencies, conferences and churches cut off programmatic funds to East Africa.

How the situation developed

The board first took action against Wandabula after three unfavorable audits of his East Africa Conference office’s use of funds. Wandabula’s area now also includes the Burundi Conference.

“The financial procedures, record keeping, and internal controls as practiced by the East Africa Annual Conference Office were found to be lacking in virtually every area,” said the June 2012 audit by the United Methodist Board of Global Ministries.

Wandabula and his office treasurer, Charles Bamutya, have disputed the audit’s findings.

In August 2012,  Global Ministries — the denomination’s missions agency — suspended funding to the East Africa Conference through the Advance, the denomination’s designated-giving program. The finance agency board followed up the next month with its own advisory against giving to East Africa until it could provide a satisfactory accounting that funds were used for the designated purpose.

The General Council on Finance and Administration’s board next took the unprecedented step of setting a lower salary for Wandabula, starting in 2013. It also joined with Global Ministries in filing a complaint against Wandabula, charging him with disobedience to the order and discipline of the church, immorality and crime.

In November 2014, the finance agency board set Wandabula’s 2015 pay at an amount equal to his health plan and pension contributions — about $4,288, according to the Judicial Council.

The top court, in a 5-4 ruling in April this year, said the finance agency had no power to reduce an active bishop’s salary. “A salary is a bishop’s basic financial entitlement, which cannot be curtailed save by judicial or administrative fair process,” the decision said.

However, the Judicial Council also said its ruling on salary is “distinct” from the decision by Global Ministries to withhold funding from East Africa until its audit requirements are met.

Thomas Kemper, the top executive of Global Ministries, said “We feel really empowered and affirmed by the Judicial Council ruling.”

“We are still hoping for a resolution to our audit concerns and the complaint we’ve brought that has not been dealt with yet,” Kemper said.

The finance agency board made its recommendation to support Global Ministries and other groups that have raised questions about East Africa’s use of funds, Coyner said.

Status of the complaint

The Judicial Council ruling also called on the Africa Central Conference College of Bishops “to expedite the proper disposition” of the complaint filed in March 2013, but the president of that group does not expect a quick resolution.

Zimbabwe Area Bishop Eben Nhiwatiwa, president of that college of bishops, told United Methodist News Service that efforts to reach a resolution so far have failed.

The college first went through the supervisory response process outlined in the Book of Discipline, the denomination’s law book. In October 2014, the parties involved in the complaint all met for arbitration, but again failed to reach an agreement.

Right now, Nhiwatiwa told UMNS, the central conference’s committee on the episcopacy is reviewing the case but the bishop cast doubt that there would be a swift resolution.

He said even convening the committee on the episcopacy, which has members from multiple African countries, is a challenge.

“So far, we are still struggling with the budget for a meeting next year of the central conference itself,” he said. “That’s the priority right now.”

Wandabula declined UMNS’ request to comment on the complaint, saying he would speak once the case had reached a conclusion.

A state-of-the-art outpatient department, kitchen and 120-panel solar system are among recent additions funded by the United Methodist Board of Global Ministries’ Global Health unit.
Bishops